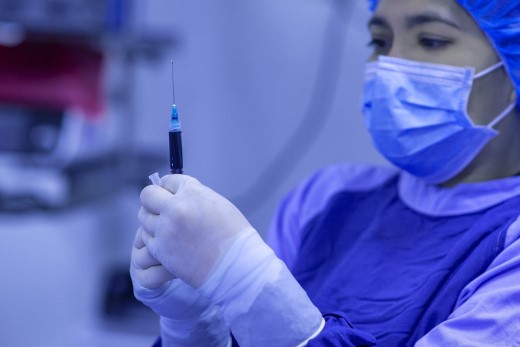 While some of the first public vaccines are scheduled to be administered in Great Britain on Tuesday, that process remains at least months away for much of the world, including the U.S. — which is bracing for a cold and potentially dark winter with the coronavirus (COVID-19).

That reality was evident in the Hospital ISM® Report On Business® for November, in which the section of comments from Hospital Business Survey Committee members “was filled with one word: COVID,” Nancy LeMaster, MBA, Chair of that committee, told a conference call of reporters on Monday. The composite index reading of 62.6 percent indicated subsector growth, but the pandemic is stretching hospital staffs, postposing elective procedures and continuing pursuit of reasonably-priced personal protective equipment (PPE) and other supplies.

The #PPE chase continued, prices growth slowed, and elective procedures were again put off as facilities muddled through another month of #COVID19. Those details and more in @ISM’s Hospital PMI™ for November, which was 62.6%. https://t.co/jMpzP0otfI #ISMPMI #economy #healthcare

“It was another month of growth in volume,” LeMaster said. “What was different this month was the nuance in comments for panelists. In previous months, we had comments about increases in elective procedures, which are important to hospitals because they are generally profitable. … In November, we saw comments across the board on increasing COVID-19 cases potentially displacing elective surgeries again, although we saw no instances or comments of those procedures being completely shut down.”

Respondents’ comments indicated that elective procedures were being limited largely to due availability of staff, not supplies. The Inventories and Inventory Sentiment indexes suggested that PPE and other supplies were more readily available, though some facilities had better pricing luck than others. Wrote a survey respondent, “PPE availability has improved, and costs seem to be in line as well.”

The most eye-popping subindex readings were Prices, which fell 9.5 percentage points, and Prices: Supplies, which decreased 11.5 points. Not all facilities found better PPE deals, however: “We are still buying PPE off the gray market at much higher prices than normal, and we are buying a lot more product than normal. So, budgets are blown out of the water,” a survey respondent wrote.

LeMaster said that the supply flow from primary PPE distributors might have stabilized in November, which would result in more favorable prices. Those that purchased from the gray market dealt with the higher costs associated with those non-traditional suppliers.

“What (the subindex numbers) say to me is that among the core basic distributors, the supply chain is getting stronger, and hospitals can buy more that their pre-contracted rate,” LeMaster said. “It could mean that supplies coming in from China and elsewhere from outside the U.S. are stabilizing. We’ll see if it continues. The caveat is if we continue to see a serious, sustained spike in COVID cases, because the PPE to care for a COVID case is significantly more than for an elective surgery or a radiology exam.”

(It should be noted that hospitals reported satisfactory PPE availability and inventory sentiment in September, but concerns about shortages returned in October.)

In other subindex news, the Employment Index decreased just 0.5 percentage point to 57.5, though respondents’ comments indicated a paucity of qualified candidates for open positions. The Technology Spend Index increased 2 percentage points to 58 percent, which LeMaster said is encouraging because hospitals typically reduce or cut such spend during a health crisis.

Meanwhile, the world waits on vaccine distribution, which LeMaster said “is going to be a long haul.” Asked how mass vaccinations could impact the Hospital PMI™ data, she said: “Some of the pressures on labor (Employment Index) might ease a bit if the front-line workers can be vaccinated and feel comfortable. Ultimately, you want to see the mix of patients (Case Mix Index) in hospitals go back to a more conventional mix, where elective surgeries and diagnostic procedures come back. That will shift demand for supplies (Inventories, Inventory Sentiment and Prices indexes), with less of an emphasis on PPE. But it will be a very gradual process.”