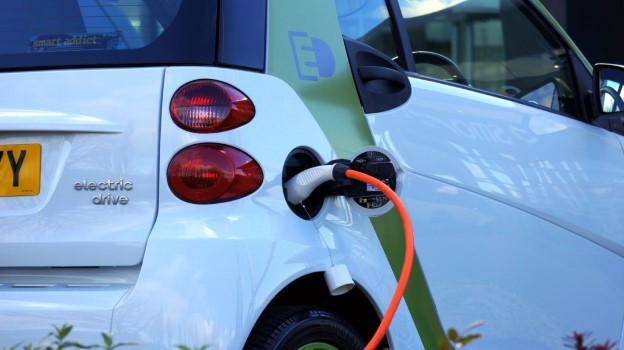 A few years ago, consumers had a choice of only a few electric-vehicle (EV) models. Not anymore. The growth in the EV industry has resulted in many EVs on the roads, particularly on the West Coast, and new companies entering the marketplace.

“Before we saw this mainstream interest in EVs, many consumers were naysayers,” says Bud Crockett, vice president of bonding wire at Tanaka Precious Metals in the San Francisco Bay Area. “A decade ago, skeptics didn’t believe the plug-in hybrid electric vehicle would be a success.”

The Toyota Prius helped spark initial interest, he says, followed by Tesla, which has received much of the hype. Tesla first introduced high-end sedans and SUVs to attract the luxury market, and since has introduced a “middle-class” model — the Model 3.

Despite the growth in models and manufacturers, however, the EV industry is facing other challenges, namely, the need for more charging stations and increased battery life.

“While Tesla has made a valiant effort to create a network of charging stations,” Crockett says, “the prominence of charging stations in commuter cities and along major interstates has yet to lead to widespread adoption. It remains to be seen if Tesla — or another company — can make plug-in EVs mainstream, but there is a growing interest from consumers and major oil companies to make more sustainable and renewable energy decisions.”

Batteries are at the forefront of these considerations. There are two main schools of EV battery technology: prismatic and cylinder, Crockett explains. Prismatic batteries are a modular design preferred by the big, traditional car manufacturers, he says: “With prismatic batteries, if the battery life ends earlier than expected, the module is pulled out and replaced, which is simpler than cylinder replacement.”

However, prismatic batteries have a lower driving range than cars using cylinder batteries, he says. “The range can be as low as 80 miles per charge or as high as 230 miles, while cylinder batteries average more than 300 miles,” he explains. “Cylinder batteries, which are used by Tesla as well as some startups, decrease range anxiety — but replacing the battery is a huge undertaking based on the mere size of it.” For example, in Tesla cars, the battery encompasses the entire bottom of the car.

How long an EV battery will last “is unclear due to a lack of data,” Crockett says. “EV batteries are expected to last eight to 10 years, but no mass-produced cars have hit that mark,” he says. “What to do if a battery dies before the end of its expected life is a concern for consumers. But many EV owners overlook this key flaw.”

Researchers are looking into ways to improve the energy density of batteries so newer versions can store more and increase EV functionality, Crockett says. However, he adds, many EV batteries also experience other issues: driving range and charging speed.

“In cylinder batteries, changing the architecture to make a bigger battery while condensing the cells will allow these batteries to charge faster,” he says. “To do this, the cathode and anode chemistry is being changed, and it is currently a very secretive process.”

Materials changes are being considered for prismatic batteries to improve the energy density, he adds: “Instead of relying on cobalt, a tough-to-procure and conflict-ridden metal, big-car companies are looking at manganese and phosphate. For example, the first Nissan Leaf model that featured a prismatic battery has a different chemistry than the current model. By changing the chemistry, Nissan created a higher energy density.”

Sensors and charging stations are driving semiconductor innovation in the EV industry. Sensors in particular have opened a new market for semiconductor growth, Crockett says: “With the rise of connected and autonomous vehicles, cars require more displays, interfaces and touch screens — all of which require additional semiconductor chips and innovations.”

In a conventional, gas-powered car, semiconductor requirements cost a car manufacturer around US$300, he explains, but for an EV, that cost is closer to $700. As consumers seek more IoT integrations in their vehicles, this cost will only grow, he says.

Semiconductor innovation also is expected to play a part in the rise of charging stations and extended battery life, Crockett adds: “Battery innovations are at a standstill until chemists and researchers can find new metals that increase the energy density. Until then, semiconductor growth will be connected to the performance of the car itself.”

EV industry innovation also will affect other transportation modes, Crockett says, with public-transportation vehicles like buses and trains following a similar route. “But when it comes to public transportation, safety — not cost or connectivity — is the main concern,” he says. “To arm the public-transportation industry with enough semiconductors to move billions of people around, companies, most of which already have research and innovation divisions, must consider additional research arms. As mass-transit EVs and self-driving vehicles become widely utilized, semiconductors have a direct hand in life-and-death decisions.”

As for the future, Crockett expects EV manufacturers will continue to shift focus and incorporate aspects of the auto industry into their supply chains. “Stakeholders were apprehensive at first because of Tesla’s struggles to meet production demands,” he says. “But with top-tier international automotive manufacturers investing heavily in the EV space, the masses now understand this is the new normal.”