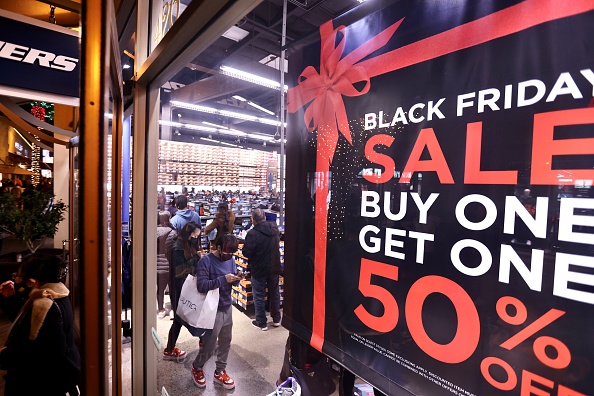 Last month, this space discussed how the Services ISM® Report On Business® impacts overall economic sentiment, since the data covers the sector that employs most Americans and makes up an overwhelming share of U.S. gross domestic product (GDP).

That dynamic, for good and bad, played out again on Monday with the release of the Services PMI® for November, which exceeded analysts’ expectations with a composite index reading of 56.5 percent. While that figure indicated strong growth and boosted hopes that services could carry a contracting manufacturing sector and help stave off a recession, the data was too positive for some financial markets, which continue to have interest-rate unease.

Did Powell mini-pivot too early?

This year, the Services PMI® numbers have not been as eye-popping as in 2021, when the coronavirus pandemic recovery helped the composite index reach a record high five times. But Nieves believes that the 12-month average of 57.2 percent indicates a more normal — and, most importantly, sustainable — level of growth.

“The services sector is in a good place, and I expect to know when the Semiannual Economic Forecast comes out (on December 15),” Nieves said. “I would expect after the holiday season and into the first quarter of 2023, there will be some pullback, but this is sustainable. It’s hard to maintain growth when the PMI® number is in the 60s, but I think we can continue to see the current level.”

In November, the Business Activity Index registered 64.7 percent, an increase of 9 percentage points compared to October, and the Employment Index returned to expansion territory at 51.5 percent.

Nagging issues remain prices, lead times and inventories, where services companies are not getting as much relief as their manufacturing counterparts. The Prices Index remained elevated at 70 percent, and the Supplier Deliveries Index (53.8 percent) continued to indicate longer lead times. Those dynamics could be making buyers hesitant and complicating inventory management: The Inventories Index (47.9 percent) and Inventory Sentiment (44.2 percent) continued to suggest struggles in November.

On Bloomberg TV on Monday, Nieves said that while the employment situation is encouraging, inflation is the most concerning dynamic. Noting the sector’s sizeable share of U.S. GDP, he said, “When we look at the variables that comprise (the likelihood of) a recessionary period, we still have strength in the employment numbers — we know that from not only this report, but the (federal) nonfarm jobs report that came out on Friday.

Nieves continued, “The variable we are looking at now is inflation. Prices are still very high, and the 0.7-percentage point decrease (in the Prices Index in November) was driven mostly by a reduction in fuel prices. Overall, we’re still seeing high commodity prices. Until those come down, inflation not going to fall any time soon.”

With tapering inflation the Fed’s primary concern, Nieves added, investors’ interest-rate anxiety will likely continue, though the next increase could be smaller than previous hikes.

Bloomberg: U.S. Services Gauge Rises Unexpectedly on Business Activity Surge. “ISM’s measure of services employment also improved while a gauge of new orders eased to the lowest since May. The slowdown in bookings may indicate that activity could ease in coming months as some Americans tighten their belts amid still-high inflation and rising borrowing costs. The prices-paid index edged down but remains elevated at 70 (percent), well above pre-pandemic levels and suggesting inflation may be slow to dissipate.”

Right, so the empirical question is what is the better forecaster of recession? The services PMI is more volatile and noisier (red dots), while the non-man ISM is smoother (solid red) and tracks US GDP data better, so my money is on the ISM on this one... pic.twitter.com/1GFKhQ9oev

Financial Times: Strong Business Activity Boosts U.S. Services Sector Growth. “Demand for services increased in November as business activity increased in all industries except for finance and insurance. Employment grew after contracting in October as staffing levels improved during the holiday season. Supply chain constraints are also improving and some survey respondents have noted that there are reduced production and transit times.”

Mace News: Service Sector Growth Pace Picks Up on Holiday Season, New Fiscal Year Demand. “Nieves told reporters that the uptick in November was “not so surprising” and that the recent performance of the services sector is “consistent” with his forecast that the main index will rise or fall slightly or move sideways. He expects the index to be solid in December and slip back in January.”

MarketWatch: The U.S. Economy is Still Growing, Report Finds, Even as Warning Signs Mount. “The huge service segment of the economy has held up better than the industrial side. Americans have shifted spending to services such as travel and recreation and away from buying goods like new cars and computers. Warning signs are evident, though. Companies have gotten more careful about hiring and investment, and consumers aren’t spending as much as they were earlier in the year.”

The economy continues to slow, has fallen below trend, but is not yet recessionary. pic.twitter.com/HReutZacRJ

Reuters: U.S. Service Sector Activity Picks up in November. “Economists polled by Reuters had forecast the (Services PMI®) slipping to 53.1 (percent). The acceleration in services industry activity confirms that spending is shifting away from goods and that the inflation baton has been handed over to services, indicating that overall price pressures in the economy could take a while to subside.”

The Wall Street Journal: Services Come With a Smile, but the Economy Could Still Be Frowning. “The heady appetite for goods set off by the pandemic has begun to ease, and more Americans are re-engaging with services such as travel — in part because high goods inflation pushes the trade-off between spending money on goods and spending money on services in services’ direction. Moreover, U.S. manufacturers are far more exposed to the global economy than services businesses are, so the combination of weakness overseas and a strong dollar is hurting them more.”

In case you missed last week’s Report On Business® Roundup on the release of the November Manufacturing PMI®, you can read it here. The Hospital PMI® will be released on Wednesday. For the most up-to-date content on the three indexes under the ISM® Report On Business® umbrella, use #ISMPMI on Twitter.