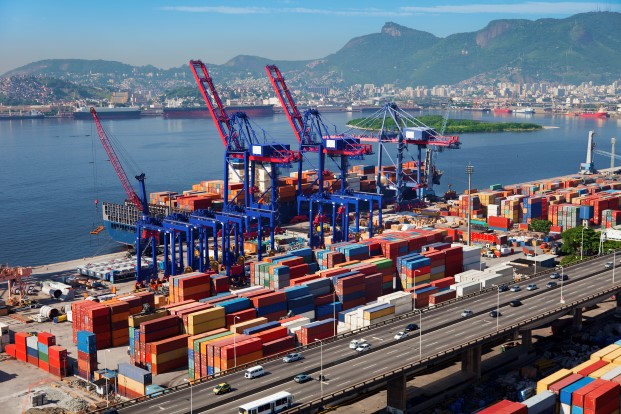 One of the most valuable measurements of the health of a business is inventories, says Timothy R. Fiore, CPSM, C.P.M., Chair of the Institute for Supply Management® Manufacturing Business Survey Committee. “Everything that happens in a company goes into or comes out of inventories,” he says.

Since the start of the coronavirus pandemic, perhaps no element of supply management has been impacted more than inventories, thanks to the product shortages, elevated prices and transportation bottlenecks that have been a way of life for manufacturing, services and health-care businesses. The challenge intensified in September — as many companies tried to bolster stocks or were forced to hold on to them — and was reflected in the Inventories Index numbers for all three editions of the ISM® Report On Business®.

In the manufacturing sector, high inventory levels in September did not parlay into increased production, Fiore said. In services, customers have been willing to pay higher prices, so inventories cannot be stocked fast enough to meet demand. And hospitals continue to deal with shipping delays for supplies from overseas while trying to build inventories in case of another surge in COVID-19 cases.

The line of container ships anchored outside Southern California ports is an ideal image of the supplier delivery issues experienced by companies in all three sectors, says Anthony Nieves, CPSM, C.P.M., A.P.P., CFPM, Chair of the ISM Services Business Survey Committee. “Longshoremen are working multiple shifts, but they are still short on warehouse workers and truck drivers pulling product out of the ports,” he says. “So, companies cannot replenish and build up their inventories fast enough to meet demand.”

The Services Inventories Index was 46.1 percent in September, a fourth straight month in contraction territory. This correlates, Nieves said, with an elevated Backlog Of Orders Index, which has been above 60 percent for five consecutive months, including an all-time high reading of 65.8 percent in June.

In September, the Manufacturing Inventories Index grew to 55.6 percent, the highest reading since October 2010 (56.1 percent). Raw materials typically make up the largest part of inventory, and companies have been trying to stock up, Fiore says: “They’re asking for more raw material inventory even though they don’t intend on converting it in the near term. They just want it for to be able to sleep better at night. In this kind of environment, you try to pull in as much as you can and not get too worried about working capital — you need to have output.”

Recently, two other kinds of inventory have become more prevalent. The first is work in process inventory, defined by the ISM Glossary of Key Supply Management Terms as “semi-finished goods, located at some point in the production process” that require additional assembly. This inventory, Fiore says, sits on a factory floor until a missing component is added.

The other is finished goods inventory, where a company is unable to deliver completed products due to customers’ throughput issues. An example, Fiore says, is automotive parts suppliers have been unable to ship because some vehicle factory assembly lines have been restricted or shut down due to the global semiconductor shortage. “All of these inventory accounts are growing, the last two at higher rates than usual,” Fiore says.

In the hospital subsector, facilities bolstered stocks, despite the Inventory Sentiment Index for September indicating that survey respondents felt their inventory levels were already too high. Like manufacturing and services businesses, hospitals are contending with slowing deliveries; shortages of semiconductors, personal protective equipment (PPE) and aluminum (for crutches), as well as inflated prices. Also, hospitals must be prepared for an influx of patients in a pandemic that is not over.

“There’s a fair amount of inventory that’s stuck in the supply chain,” says Nancy LeMaster, MBA, Chair of the ISM Hospital Business Survey Committee. “Once that starts to come in, there’s a risk that inventory levels pile up, creating an overstock situation down the road. However, given the amount of uncertainty and the slowness (of deliveries), I think that a lot of supply chain people — in hospitals and other businesses — feel like they still have to be placing orders and creating that demand, to build inventories to soften the blow if there’s a (dramatic) change in the situation.”