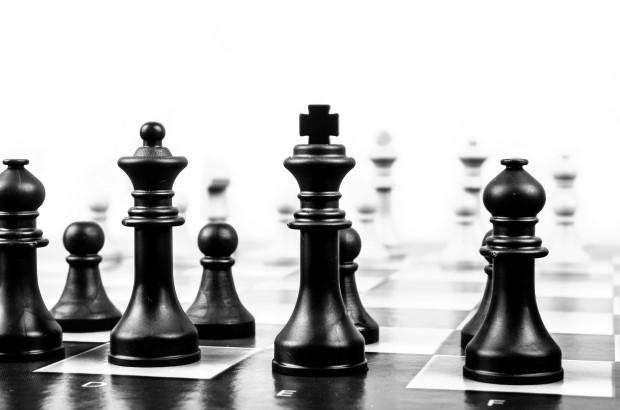 The uncertainty and volatility associated with tariffs and the escalating trade war with China is causing companies to rethink their manufacturing operations strategies. Should they shift operations to another country or to the U.S.? Are there other measures to take?

Companies should reconsider before moving solely because of tariffs, cautions Kamala Raman, senior director, supply chain research and advisory at Gartner, the Stamford, Connecticut-based global research and advisory firm. Instead, take a bigger-picture look at what globalization means to the company, she says: “If I stripped away the tariff situation for a minute, do I have other factors pushing me to consider localized or regionalized supply chains?”

One factor could be due to an organization’s desire to be customer-centric. Others could be related to sustainability, cybersecurity or risk. Raman suggests asking such questions as:

●Am I too spread out in the world, and therefore not able to respond to the customer demand in a timely manner?

●Am I having to stockpile a lot of inventory in order to manage the growth of SKUs in the portfolio or demand volatility?

●How does sustainability play a role? If I didn’t have to ship products from afar, would this make the process more sustainable and environmentally friendly?

●How does the risk of natural and geopolitical disasters affect my supply chain? Is a large percentage of my production concentrated in one part of the world — or a single country?

“If there are reasons other than tariffs, then moving out of China may make sense,” Raman says. “However, when trying to make large-scale structural changes purely for the sake of tariffs, you'll always find that the risk versus reward might not play out. On the other hand, if you're a company that in the longer term is looking at being resilient, you may be able to rationalize a move of 10 or 20 percent of your capabilities out of China.” Nevertheless, she says, such moves are complicated for companies for whom China is not only a sourcing location but also a large and growing market.

Looking at What If

In addition to asking what globalization means, Raman recommends that companies engage in scenario analysis. That is, consider several scenarios — from the most conservative to the most aggressive or from the rosiest to the most disaster-focused — and the impact they would have, she says.

Scenario analysis can help companies discover alternatives to shifting operations to another country, Raman says. For example, a company might be able to redesign products or packaging to offset costs by increased tariffs.

Capital moves are expensive, risky and take time to execute, she adds. “I don't think anybody will be able to entirely move out of the country unless it's a very asset-light operation where you don't have a lot of equipment,” she says. “For the rest, because China is a big ecosystem to source from and a big country to sell into, you might be looking at reshaping parts — not all — of the network, and again, for more reasons than just the tariffs. … For some, it might be a China-plus type strategy, where core operations stay but newer products will move.”

While a lot of the uncertainty related to the trade war situation remains, decision-making improves if a company can build scenario analysis into its annual strategic-planning process, Raman says.

Knowing tipping points (see “Strategies to Mitigate Trade-War Risk”) also can help companies determine their next actions. “If people know those tipping points to say the situation is completely unsustainable for their organization, it may give them the impetus to start putting those steps (to move operations) in place,” Raman says. “Or it might give them the justification to say, ‘If things aren't that bad, and if I have no other real reason to switch except this looming trade war, maybe I will hold off on it.’ ”

When determining their next moves, Raman says companies should develop a plan that contains:

●Medium-term solutions pertaining to existing suppliers: Will suppliers be able to move along with me?

The steps a company takes may depend on the level of control it has over its manufacturing operations. “If it's your own manufacturing, it may be easier for you to think of moving than, say, if you have contract-manufacturing capabilities or a supplier ecosystem that doesn't exist outside of China,” Raman says. “Or, if you are on the other extreme — if you are sourcing metals or semiconductor chips, for example — some of the fundamental manufacturing capabilities might exist only in certain parts of the world, and you have almost no control in shifting.”

Equally important, she says, is to think about China “not just as the place you source from. But think about whether it matters to you as a market and make sure you show the proper amount of respect. There is no point upsetting China as a market if you're going to be paying a higher cost to source from there.”