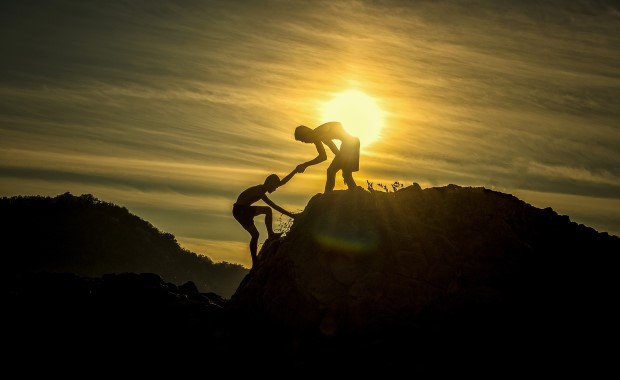 More procurement organizations are shifting their mission to providing value, instead of being focused almost solely on price reduction. While this has affected the talent and skills expectations on teams as well as the metrics that are measured, one of the largest impacts relates to how corporations interact with their suppliers. The once-adversarial procurement and supplier relationship — which was defined by price negotiations — must mature into one of collaboration and trust.

Buyers and suppliers might perceive where we are today and the future state as a Grand Canyon-sized gap. And they might be correct: Buyers and suppliers have operated in a world of competition, tense negotiations, mistrust and even dishonesty since the formal sourcing process was defined in the early 1990s, if not for decades longer. Training has been focused on negotiations — creating leverage and sales plans — to combat these forces.

When I began working in procurement 16 years ago, one of the first tactics I was taught was to use budget constraints as the way to combat pricing increases — even if there was plenty of room in the budget: “Sorry Mr. Supplier, I only have this much budget to spend. We need to decrease the price to under that.” I was informed by a savvy supplier that it increased its base rates by 15 percent before talking to our procurement team. So, when we negotiated the price “down” 15 percent, procurement felt good, the supplier got what it wanted, and the supplier never talked to the procurement professional again. That is the definition of win-win, right?

As I moved into more sophisticated negotiation strategies and category strategies, rarely, if at all, did I have conversations about how a supplier’s inherent capabilities could add value. The conversation stopped at pricing.

The key to unlocking value is creating a future where suppliers and buyers are mutually invested in each other’s success, one where tapping into the suppliers’ knowledge, talents and expertise can create a competitive advantage for both organizations.

Bridging the gap might seem like too large of a leap. But simple changes can be initiated within procurement to quickly multiply the value being delivered while also reducing TCO. Through experience working with companies in several supply chains, I’ve determined three simple, low-investment changes to close the gap:

●Treat suppliers as an extension of the team. This change in perspective leads to different conversations and working relationships with suppliers. When this occurs, procurement has an opportunity to approach suppliers to solve business problems and create business opportunities, as one would with internal teams. It could give suppliers stretch opportunities, exposure and coaching. There would be open communications, measurements and trust. By simply changing the thought process, procurement will start creating a culture of collaboration and problem-solving alongside suppliers.

●Focus on service. Focusing on how to serve internal stakeholders and suppliers in the best way possible, for instance, moves the conversation away from price to value with suppliers. Why? Serving internal stakeholders’ needs often goes well beyond pricing. It often includes quality, agility, consistency, creativity and an eagerness to differentiate. Ensuring that suppliers offer and perform to meet all of these expectations will unlock value.

●Help suppliers succeed. The fast track to trust is taking a truly vested interest in someone else’s success. Asking how to help, having an open conversation, listening and providing solutions will mend any strained relationship. This can take the form of streamlining daily interactions as well as offering business training, mentoring and services like coaching. When suppliers perform at their best, value is achieved — and trust is created.

While it may seem an impossible challenge, turning an adversarial relationship into a collaborative one does not require large investments in technology and resources. There is no need for business case development, multi-year transformation plans, long implementations and large consulting engagements. It demands only behavior changes.

Those changes take leadership, courage and a willingness to be an example to others. It also requires action. The action can be small at first, starting with suppliers that have the potential to provide the most value. Once success is achieved with the first group of suppliers, a foundation of a new, value-focused procurement organization has been built. Then, we are off to the races, together.

Amanda Prochaska is president of High Performance Procurement in Dallas.