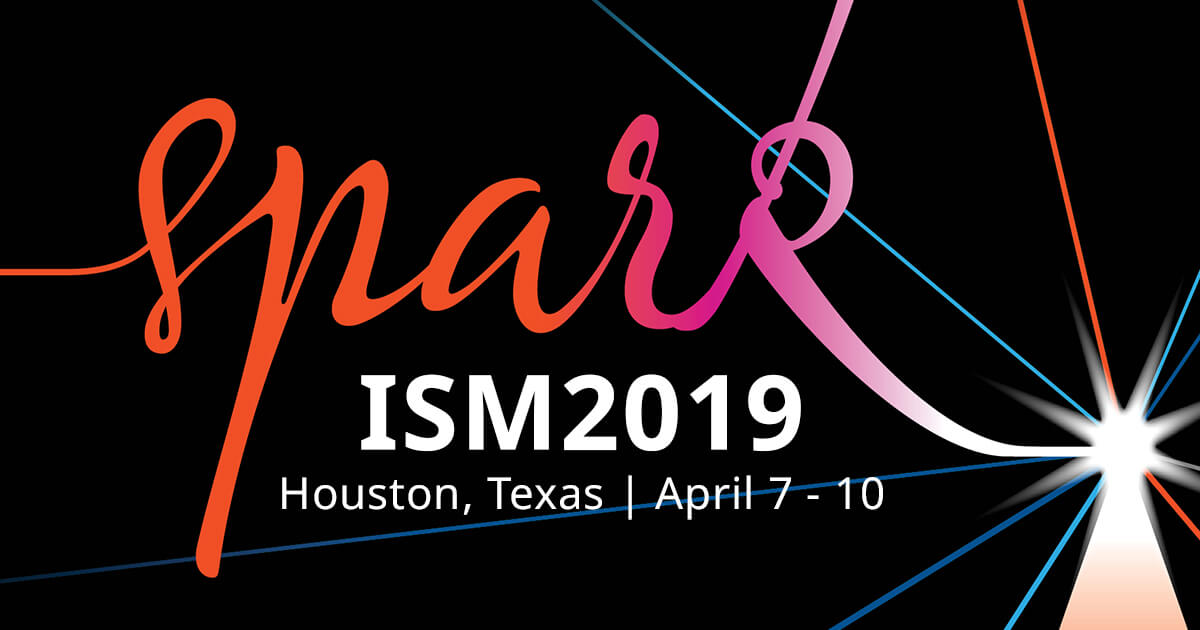 The ISM2019 Annual Conference in Houston closed on Wednesday with a half-day of activity. However, attendees showed a desire to finish strong, firing up their Twitter accounts to share their final experiences and learnings, as well as say goodbye.

At an Institute for Supply Management® (ISM®) Annual Conference, the closing keynote is designed to provide actionable information that attendees can immediately use in their organizations. Mandy Flint and Elisabet Vinberg Hearn — authors of three books, most recently The Leader’s Guide to Impact — fit that bill on Wednesday, discussing, among other topics, how leadership and organizational dynamics will be impacted by digitization.

Mandy Flint and Elisabet Vinberg Hearn share the 5 elements of Executive Presence. “The sweet spot is right in the middle, when we know if we need to dial up and down specific behaviors.” Which of these areas do you need to work on to enhance your impact? #ISM2019 #Leadership pic.twitter.com/Z5ZgQnwjnr

The Exhibit Hall was a hub of product and service knowledge — as well as networking and socializing — throughout ISM2019, and the smiles and sense of humor of supply management professionals are among the biggest treats at an ISM Annual Conference.

If you're at #ISM2019 today, the CAPS team would love to talk to you! Swing by the big ISM/CAPS exhibitor booth to learn more about our vast research library, timely metrics, and powerful network. #CAPSResearch pic.twitter.com/y2rOYXsKJE

Eight morning breakout sessions were on the Wednesday agenda, and knowledge was still to be gleaned. In fact, this year’s Conference might have set a record for session-related tweets — hopefully an indication of the quality and value of the information presented.

What will be the most important #leadership behaviors as we enter a future of digitization and automation? Supply management leaders at @ism say creativity, collaboration, embracing diverse perspectives, and building teams with complimentary skills. #ISM2019 pic.twitter.com/ICSgFkSWqA

Thanks so much to everyone who joined us for the session on Cost Transparency at #ISM2019 this morning. The room was packed! #WeAreISM #IAmISM pic.twitter.com/XS0ES6Fowj

Missing are Decision Support skills and Tech Savvy. It’s not just analyzing data but connecting information to business performance beyond cost, and understanding how tech will transform all activities at high velocity #ISM2019. pic.twitter.com/0mp2m7kgeU

Finally, it was time to depart the George R. Brown Convention Center, with some attendees off to a tour of NASA’s Johnson Space Center — a bonus item on the Conference agenda — and others heading home. Among the thank yous and farewells:

Last day of #ISM2019 -it has been a slice! Thank you volunteers, organizers and the city of Houston for being amazing hosts!! Canada ♥️'s you!! 📸:@kllygirl76 pic.twitter.com/KjXCLuPQV4

We had a great time connecting with colleagues at the ISM conference in Houston and look forward to next year's event! #ISM2019 pic.twitter.com/OGj38LJysM

We've had a great week at #ISM2019! Come find us at booth #436 before the show is over to talk about #procurement and #ecommerce. @ism pic.twitter.com/SoV15X9RM2

We enjoyed catching up w/ PSU alum Eric Burlingame, who was recognized as one of @ism 30under30! pic.twitter.com/5gBR8ckXd7

If you’ll indulge ISM for a moment, our Twitter feed had to acknowledge two groups of people who an Annual Conference cannot happen without: attendees (whose names were on a large placard at the Convention Center) and our volunteers.

"All in all, it's just another name on the wall." But collectively, the names make up #ISM2019, the largest gathering of supply management professionals on Earth, and a people-powered force propelling the profession into the future. #WeAreISM pic.twitter.com/xkTqsetKVq

Thanks to our many volunteers from all over who helped make #ISM2019 such a fun experience. We’re so proud of all that you do! #WeAreISM pic.twitter.com/qBh4PF0rSN

And finally, the supply management profession will reconvene at ISM2020 in Boston. We’ll work on having session snack-bag mufflers by then, but no promises.

Current status: In a session sitting next to someone who keeps reaching into a bag for her snacks. Can anyone else hear the crunchy bag? 🤦‍♂️