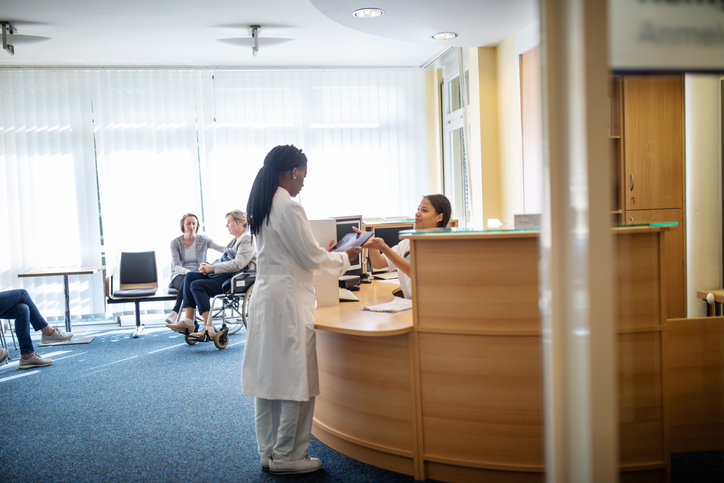 When coronavirus vaccines became widely available in early 2021, the U.S. hospital subsector began eager preparations for a reduction in COVID-19 patients and full resumption of the elective procedures that generate revenues — and profitability.

The shift to elective treatment has occurred in most parts of the country, and while revenues have come with it, profitability remains elusive, thanks to continuing high costs of labor and supplies. And in the August Hospital ISM® Report On Business®, released on Thursday, some survey respondents mentioned painful cost-cutting remedies like hiring freezes and temporary staff reductions.

The Hospital PMI® was 53.5 percent, a 1.4-percentage point decrease compared to July’s figure. The New Orders Index was up 6.5 percentage points over the previous month, so demand was not an issue. But the Business Activity and Employment indexes decreased, with the latter falling into contraction.

“The backfill of electives is happening slower than people anticipated,” said Nancy LeMaster, MBA, Chair of the Institute for Supply Management® Hospital Business Survey Committee. “Some parts of the country are seeing pretty strong volume, but in other parts, it’s a little soft. That softness is not due to lack of demand.”

She added, “Capacity is limiting the volume of electives. A big issue is staffing, and it’s twofold: Even though hospitalizations are down, hospital staff are still getting COVID-19 and can’t work, or patients are getting infected and can’t have procedure. And that combination has translated into slower growth.”

The hospital subsector doesn’t need more bad business news. Last month, Chicago-based health-care consultant Kaufman Hall reported that U.S. hospitals in July had some of their worst margins since their start of the pandemic, with 2022 on pace to be the worst year of financial performance in the COVID-19 era.

“Over the past few years, hospitals and health systems have been able to offset some financial hardship with federal support,” Erik Swanson, senior vice president of data and analytics with Kaufman Hall, said in a press release, “but those funding sources have dried up, and hospitals' bottom lines remain in the red.”

Another factor, according to the American Hospital Association: Facilities are admitting sicker patients that require longer stays, particularly those who delayed seeking care due to the pandemic. That finding is consistent with the Case Mix Index increasing to 53.5 percent in August, a 6-percentage point gain over July’s reading.

LeMaster said staff reductions at hospitals would involve such nonclinical positions as finance, human resources and procurement. A recent bump in the Days Payable Outstanding Index was attributed to reductions in accounts payable staff; an 0.5-percentage point increase to 57.5 percent in August suggests that such shortages continue.

While ISM’s Manufacturing Prices Index has indicated significant slowing in prices growth, the Services and Hospital gauges remain elevated, with the latter comfortable above 70 percent after a 7-percentage point increase in August. Labor costs are a big concern, LeMaster said: “There are still reports of staffers like physicians and nurses leaving frontline care. That’s a lot of pressure on labor costs, even if supply costs come down.”

She continued, “So, hospitals are likely to continue with telemedicine and outpatient services, to push the edge on bringing down some of the overhead costs.”

Hospital #ISMPMI survey respondent: “Length of stays are extended because there is nowhere for patients to go. We have to provide for them, and adding one or two days is a significant cost in materials, linen, food and precious labor.” https://t.co/uDj4n8kjRr #economy #healthcare

Adding to the employment and cost concerns is a report by Sedgwick, a Memphis, Tennessee-based insurance claims administrator, that medical device recalls hit a two-year high in the second quarter. The 268 recall events, impacting tens of millions of units, was a 34-percent increase compared to the first quarter. Safety (48) and software issues (47) accounted for the most recalls, followed by mislabeling and quality issues.

Wrote a Hospital Business Survey Committee respondent, “Repair parts are nonexistent. Lead times for durable goods are extended, and the less-expensive, mass-produced products are breaking at increased rates — no QC (quality control). The FDA (U.S. Food and Drug Administration) must be reeling because we have been reporting sometimes daily.”

LeMaster said the FDA is still working on an inspection backlog after its workforce and processes were impacted by the pandemic. “Hospitals have been dealing with a lot of recalls or just plain unusable, shoddy goods that made their way in,” she said. “There’s potential catchup in the device recall space, where the FDA has indicated it will increase quality surveillance and due diligence.”