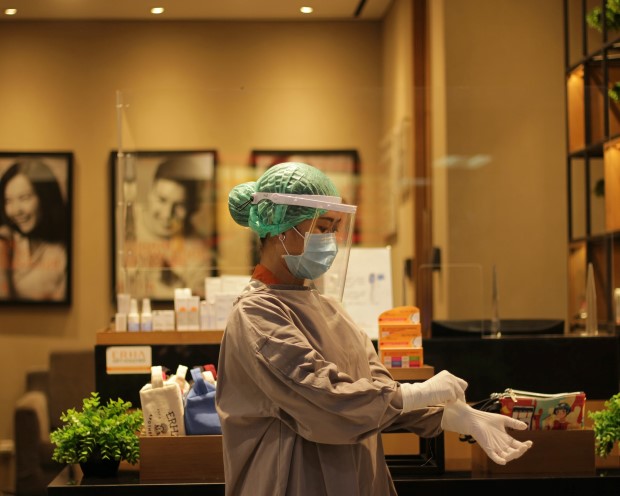 When a monthly indicator of a sector’s economic activity reports that business activity is at its highest point of the year, that typically means conditions are good. And on first look at the numbers, there was a lot to like in the Hospital ISM® Report On Business® for July.

However, in the U.S. hospital subsector, especially as the powerful delta variant appears to be launching yet another wave in the coronavirus pandemic, context is critical. The Hospital PMI™ of 62.8 percent indicated expansion for a 14th consecutive month; however, some subindex readings — and especially comments from members of the Institute for Supply Management® Hospital Business Survey Committee — ceased talk of pre-COVID-19 normalcy being in sight.

“When you look at some of the comments for July and turn on some of the recent newscasts, you see how fast things are shifting,” Nancy LeMaster, MBA, Chair of the Business Survey Committee, told a conference call of reporters on Friday. “The spikes in COVID-19 cases were being driven mostly by rural areas, but they’ve moved into urban areas, and things are becoming much more widespread.”

In July, the Business Activity Index was at its highest point in 2021 — but in the hospital subsector, that’s not always a good thing. If an increased number of coronavirus patients results in postponements of elective procedures, which is happening at many Florida hospitals, order backlogs and revenues are impacted. The most critical metric, of course, is the human cost, and intensive-care units are dangerously close to capacity in multiple states.

In recent months, hospitals have juggled COVID-19 patients and elective procedures, sourced personal protective equipment (PPE) and other supplies, and maintained inventories. But with another potential pandemic storm brewing, there were warning signs in the July report.

Hospital Employment back in contraction- respondents say staffing challenges are due to people not wanting to work in lower support service areas https://t.co/plBIAlxAD8

Perhaps most troubling is the fact that hospitals continue to have trouble staffing workers. The Employment Index, after a month in expansion territory, decreased 8 percentage points to return to contraction. Wrote a Business Survey Committee respondent: “Difficult to fill vacant positions in almost every department.”

In its jobs report on Friday, the U.S. Bureau of Labor Statistics indicated that health-care employment in ambulatory health-care services increased by 32,000 in July, while hospital employment was up 18,000. Nursing- and residential-care facilities lost 13,000 jobs. That adds up to a net gain of 37,000 jobs for the health-care industry, but some of those jobs are outside the ambulatory, inpatient and nursing home-type facilities covered by the Hospital PMI™.

The Employment Index drop contrasted the positive readings in ISM’s Manufacturing and Services reports earlier this week. Both of those Employment gauges were in expansion territory, with a combined 7.5-percentage point increase portending the federal jobs report, which indicated U.S. hiring rose at its fastest pace in a year. However, hospital employment in 2021 has been a “roller-coaster,” LeMaster said, with a chart of index readings looking like an electrocardiogram, alternating between expansion and contraction each month since February. 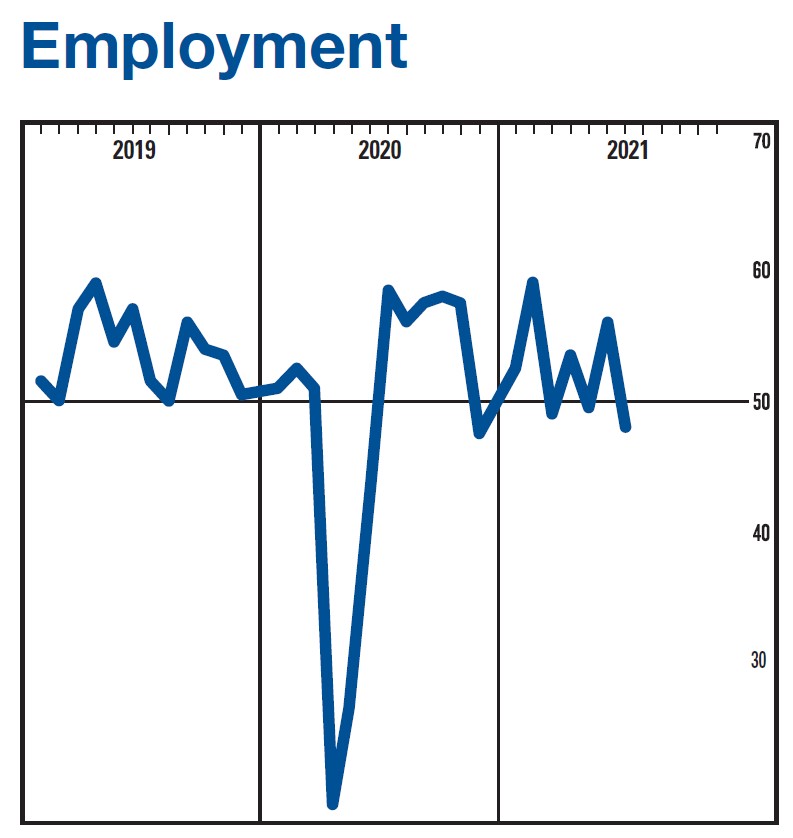 “In January and February, we were starting to think things were stabilizing after all the craziness in 2020, but that hasn’t happened,” LeMaster said. “Now, as we’re seeing an increase of COVID-19 risk in hospitals, that puts a lot of pressure on employment. We’re going to have to continue to watch that metric. I think we're all looking the point that it begins to stabilize, and we’re certainly not there yet.”

Among the other subindexes to watch:

However, the final word on the July report might lie beyond the numbers, among the Business Survey Committee respondents’ comments that were revealing — and could be a leading indicator. “We’re seeing anecdotally from respondents that they’re looking down the barrel of dramatically increasing case levels again,” LeMaster said, “and they’re worried about being prepared for whatever might come their way.”