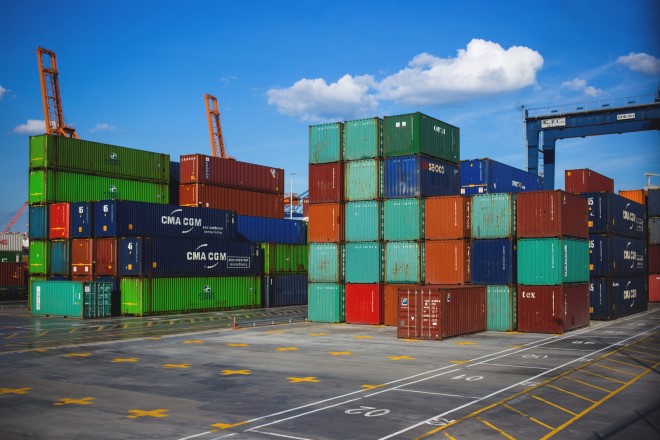 Container shipping from China declined sharply in February, as a result of the coronavirus (COVID-19) outbreak, according to a new analysis of tracking data from FourKites, a freight-tracking solutions provider with offices in Chicago and Chennai, India. While an impact was expected, the extent of the decline — volume was down 75 percent from January — was surprising, Vivek Vaid, the company’s Chicago-based chief technology officer, says.

When compiling the analysis, which is based on data from company’s customers, he says FourKites specifically focused on shipments from China. The company tracks ocean traffic in about 60 countries. Shanghai was particularly hard hit, he notes. Close to the Wuhan region, the epicenter of the coronavirus outbreak, Shanghai recorded a nearly 78-percent drop in load volume from previous months, according to the analysis.

U.S. ports saw a 50-percent decline in ocean-born imports in February as compared to the previous four months, Vaid states in a blog post on the company’s website. “The impact is reflected in the rapid decline in the absolute load volume of U.S. imports from China, which dropped more than 70 percent in February,” he notes in the blog. “This is more evident in the electronics and retail industry, where the imports dropped by close to 85 percent in February.”

Vaid also notes that in February, there was a huge drop in Chinese exports to West Coast ports compared to the previous four months. It typically takes 13 to 19 days for a container shipment to arrive on West Coast ports and 24 to 36 days to arrive at East Coast ports. The trip time is computed based on pickup departed-at time and destination arrived-at time, he notes.

FourKites is planning to conduct additional research relating to the coronavirus outbreak’s impact on shipping and correlations to over-the-road traffic, Vaid says.