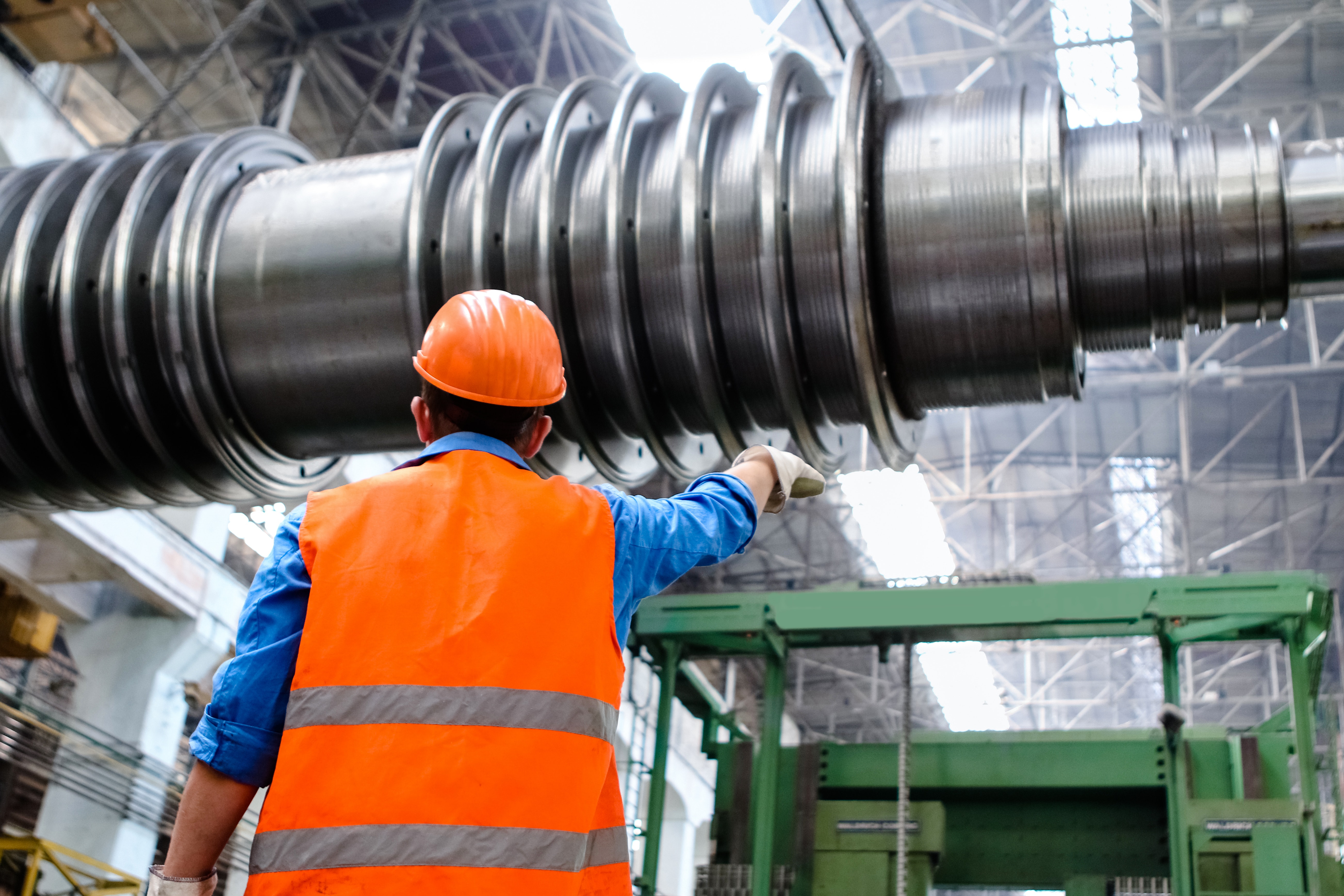 With the first Friday of November also the first business day of the month, it felt like the Super Bowl or Christmas morning for passionate consumers of economic information, with a parade of reports and data throughout the morning. A better-than-expected monthly jobs report from the U.S. Department of Labor put markets in a good mood, but for many observers, that wasn’t the most anticipated unveiling.

With the Manufacturing ISM® Report On Business® having indicated contraction for U.S. factories for two straight months, all eyes were on the October data. CNBC analyst Rick Santelli was at his normal spot on the floor of the Chicago Board of Trade when the composite PMI® number was released.

“Maybe the most important number of the day: 48.3 (percent),” Santelli said. “Well, it's better than the 47.8 (from September) in the rear-view mirror, which was the lowest level going back to June of ’09. It's an improvement nonetheless.” The PMI® was below analysts’ expectations and signaled a third month of contraction, the longest such streak since five months of below-50 readings from October 2015 to February 2016.

For now, though, the ISM Manufacturing Index for October should throw a bit of cold water on any positive vibe from the Employment Report beating already low expectations.

When the PMI® was in the high 50s for much of 2018, the phase “bouncing off the ceiling” was often used by Timothy R. Fiore, CPSM, C.P.M., Chair of the Institute for Supply Management® Manufacturing Business Survey Committee. In a conference call with reporters on Friday, Fiore was asked if the term “bouncing around at the bottom” applied to the current state of the U.S. manufacturing sector.

With the PMI® higher than in September — indicating slowing contraction — a 1.8-percentage point increase (to 49.1 percent) in the New Orders Index, and the New Export Orders index vaulting 9.4 points into expansion territory, there were happy faces to be found in the data. Also, the end of the labor dispute between the United Auto Workers and General Motors should provide a boost to the transportation equipment sector, which had the biggest contraction among the big six sectors in October.

“A positive signal this month was the New Orders Index almost going into expansion mode, supported by expanding New Export Orders number,” Fiore said. “So, I would say it’s possible the sector has hit (the bottom). My only concern is the (Backlog of Orders Index) declined (to 44.1 percent). If that had gotten close to 50, that would have helped. But there’s a better feeling in October compared to September.”

Global trade remains a significant issue among Business Survey Committee members, but it was the subject of just 23 percent of comments, one of the lowest figures since Fiore began tracking the percentage in early 2018. That is a product of stability — meaning supply executives and purchasing managers don’t expect major changes in trade policy, and new orders will likely be limited until there are. (Still to be determined is the impact of Friday’s announcement by China that it has reached a trade consensus in principle with the U.S.)

“From a tariffs standpoint, there hasn’t been an announcement of anything new,” Fiore said. “Things have been stable with industrial products, so (tariffs) are no longer the biggest issue on the block. I think people have gotten used to where we are, and whatever steps they have decided to take to support the revenue plan and input costs are already well underway.”

The October #jobsreport gain of +128K shows the economy is growing, but its not getting help from manufacturing with the October ISM index continuing to show contraction for the sector. Factories continue to feel pressure from the trade war. #Nasdaq & #SP500 at record highs.

Associated Press: U.S. Manufacturing Contracts for Third Straight Month. “Despite the manufacturing slump, the U.S. economy continues to grow, supported by a relatively healthy services sector and healthy consumer spending. Services firms added 157,000 jobs last month. But the uncertainty over trade has kept manufacturers from prospering despite a relatively healthy economy and (the) 2017 tax cuts. ‘Overall, this should be a time when manufacturers are hiring people and making investments,’ Eideberg said. ‘And they’re just not doing it.’ ”

Bloomberg: U.S. Factory Gauge Shows Third Straight Month of Contraction. “The reading highlights the challenges for a manufacturing sector confronting headwinds ranging from the ongoing trade tensions with China to slowing global growth and the strong dollar. That’s forced some producers to cut back on hiring and delay investment, though unemployment near a half-century low and a stable expansion show that the shaky sector isn’t derailing the world’s largest economy.”

Highlight: “The markets really like that October jobs report,” @inesreports says. “The ISM manufacturing index came out but the markets aren’t too phased by that index… it’s still above that September number.” https://t.co/Jb7k9twFHf pic.twitter.com/VI6d4QDN82

CNBC: October’s ISM Manufacturing Index is 48.3, a Worse-Than-Expected Contraction. “The continuing contraction showed the challenging environment U.S. manufacturers are faced with amid the escalated trade war between the U.S. and China. Manufacturing was once considered a big winner under the Trump administration with improvements in employment and activity over the past few years.”

MarketWatch: U.S. Manufacturers Still Suffering from China Trade Fight, Tepid Global Economy, ISM Finds. “Manufacturers have borne the brunt of the U.S. trade war with China. The dispute between the world’s two largest economies have disrupted global supply chains and contributed to a broader global slowdown. Manufacturers aren’t struggling so badly that they need to slash production or lay off workers, however. Sales in the U.S. are still fairly strong, trade talks with China are going better and the Federal Reserve has cut interest rates. Many economists think a small rebound in manufacturing is more than likely.”

Reuters: Global Factory Woes Persist in October. Purchasing managers’ index reports from the United States, Japan, South Korea and the United Kingdom, among others, showed the global uncertainty spawned by trade spats and Brexit continued to keep a lid on factory output. In the United States, Institute for Supply Management said its widely followed manufacturing PMI ticked up in October from a 10-year low in September, but activity slowed overall for a third straight month.

In the latest jobs data, the largest year-over-year gains in the manufacturing sector were in computer and electronic products, food and chemicals. With weakness in motor vehicles in October (due to GM strike), transportation equipment employment was down 27,000 year-over-year. pic.twitter.com/rFvcvMF1lx