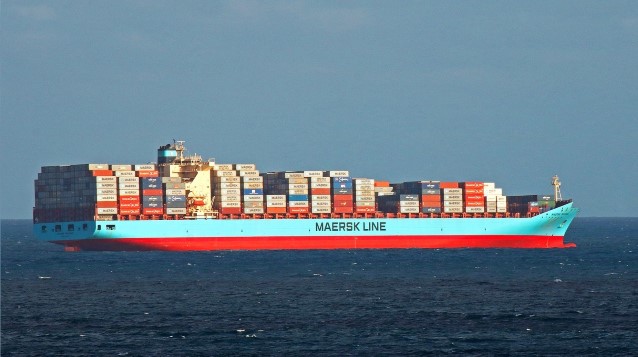 The Institute for Supply Management® (ISM®) Spring 2019 Semiannual Economic Forecast, released last week, included views on tariffs from the nation’s purchasing and supply management executives. However, those perspectives threatened to become outdated before they were even unveiled, thanks to another Twitter eruption on trade from President Donald Trump just days before.

On May 5, Trump took to social media to declare that trade talks between the U.S. and China were not progressing to his satisfaction and end a tariffs cease-fire by announcing a new round of levies on US$200 billion of Chinese goods. Those tariffs went into effect on Friday, after a session of talks between the countries ended with no announcement of a trade agreement. (Beijing announced retaliatory tariffs on Monday.) The Semiannual Economic Forecast came out on Wednesday and was completed before the new tariffs turmoil; the report projects growth in the overall economy, as well as the manufacturing and non-manufacturing sectors, to continue through 2019.

Timothy R. Fiore, CPSM, C.P.M, Chair of the ISM Manufacturing Business Survey Committee, suggests he would have preferred that Trump announced the new levies before the Semiannual Economic Forecast was compiled. However, he adds, the sentiments expressed by the executives remain very much relevant, as they will continue to employ the tariffs-combating strategies that have carried the procurement profession since the trade war began.

“There was a general feeling in the community that the issue would be behind us by now,” Fiore says. “The entire landscape has changed, just from (the previous) week, on whether the issue would be resolved. The community has been able to deal with tariffed products from a supply chain standpoint more effectively as time has gone on. Lead times have normalized, new material channels have appeared, and there doesn't appear to be strong restriction to output.”

The tariffs tit-for-tat between the U.S. and other countries has not provided a shock to the current economic expansion — now in its 119th month — or impacted core inflation. (This dynamic will be further examined in the June/July issue of Inside Supply Management®.) Anthony Nieves, CPSM, C.P.M., A.P.P., CFPM, Chair of the ISM Non-Manufacturing Business Survey Committee, says that China’s economy has been impacted by trade issue more than America’s, thanks in part to the “resiliency” of U.S.-based procurement efforts. “Alternate supply routes were focused on in anticipation of the tariffs,” he says. “Supply managers are still managing to get products.”

While the monthly ISM® Report On Business® is designed to give a current economic snapshot by measuring the previous month’s activity in the manufacturing and non-manufacturing sectors, the Semiannual Economic Forecast, released in May and December, gauges the general business outlook for the coming months.

In the manufacturing sector, 44 percent of respondents projected that their organizations would pay higher prices in 2019, down from 67 percent in December. In the non-manufacturing sector, 47 percent expect to pay higher prices, down from 69 percent in December. Remember, these responses were collected before the new tariffs, which took effect for shipments leaving China after midnight ET on Friday. Shipments already in transit are not subject to the levies.

Considering that a typical container ship takes two to three weeks to get from China to the U.S., that’s cushion for the two sides to reach an agreement. But Fiore says he expects the tariffs to “stay in place for several months. That’s a big headwind coming. Even though the (U.S. and China) delegations are talking, I don't see how this can be resolved (in a timely manner).”

That’s unfortunate, Fiore suggests, because businesses and buyers appeared to have adjusted to new trade realities.

The Report On Business® Manufacturing Prices Index registered 50.0 percent in April, down from 79.5 in May 2018. In January, the index fell below 50, ending 34 straight months of increases. The non-manufacturing Prices Index was at 55.7 percent in April, indicating increases but down from 64.3 in November. (An index reading above 50 indicates that materials or services prices are increasing, below 50 decreasing.)

The Prices indexes figure to be watched closely in coming months, as will the manufacturing New Export Orders and Imports indexes, which both went into contraction in April after long stretches — 37 months and 26 months, respectively — of growth. “That both trade subindexes contracted in April is a little alarming,” Fiore says.

An eyebrow-raising dynamic regarding prices was included in the Semiannual Report. For much of 2018, ISM Business Survey Committee members were generally not confident that higher costs due to tariffs could be passed on to customers. However, 59.1 of manufacturing respondents and 35.7 percent in non-manufacturing said their companies raised prices due to tariffs, up from 51.9 percent and 23.6 percent, respectively, in December. “People have shown if they want a product bad enough, they will pay the increased price for it,” Nieves says. “It's just a matter of what the market will bear.”

The Semiannual Economic Report projects 4-percent revenue growth for the U.S. manufacturing sector this year, 3.1 percent for non-manufacturing. While both figures are down from what was projected in December, they are nothing to sneer at, considering that economic growth has slowed in Europe, China and Mexico, limiting those countries’ purchasing power. However, trade unpredictability has become the new normal.

“Tariffs on $250 billion of goods in a $20 trillion economy shouldn't be moving the needle all that much,” Fiore says. “I think it's more based around sentiment, and what could happen beyond (the new tariffs). I'm surprised the situation has continued like this. We can point fingers at tariffs … but the U.S. economy keeps plugging away.”