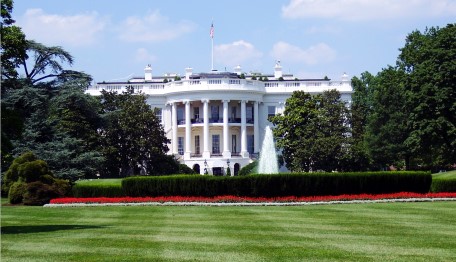 During the 35-day federal government shutdown that ended with Friday’s agreement to restore normal operations until February 15, the impact was hardest felt by the 800,000 federal employees not receiving paychecks. But suppliers and service providers with government contracts also felt pain.

And while furloughed workers will receive back pay, federal contractors — from small companies to industrial giants — seeking to recover costs generally have a steep hill to climb, thanks to a historically powerful governmental defense called the Sovereign Acts Doctrine. However, standard clauses in federal contracts provide at least an avenue to recover costs, and contractors can improve their chances with thorough line-item accounting, says Aron C. Beezley, a government contracts partner with in the Washington, D.C. office of law firm Bradley Arant Boult Cummings LLP.

“Contractors need to track all shutdown-related costs,” Beezley says. “They can do that by setting up codes in their accounting systems that help identify and segregate these costs. Also, it’s wise to document justifications for the costs incurred — and the mitigation steps that have been taken, because the government will often argue that a contractor did not attempt to mitigate costs incurred. So, contractors should document their steps, like trying to assign employees to other jobs instead of having them sit around and twiddle their thumbs. Or if they can’t reassign employees, they should document the reasons.”

Standard contract clauses, called Federal Acquisition Regulation (FAR) clauses, that could give contractors cost relief include those for suspension of work, a stop work order, government delay of work, and changes in time and materials or labor hours. Beezley says contractors should set up accounting charge codes to classify costs incurred due to a shutdown-related delay or work stoppage, including for (1) idle facilities, staff or equipment, (2) severance pay due to layoffs, (3) replacement-employee recruitment, (4) unabsorbed overhead and (5) remobilization after work resumes.

The Sovereign Acts Doctrine — a rationale that the government cannot be held liable for failure to honor contract obligations as a result of its public and general actions as a sovereign entity — has often prevented or limited a contractor’s recovery of costs. However, it’s not necessarily impenetrable.

In a 1999 case, the federal General Services Board of Contract Appeals awarded Raytheon STX Corp. US$166,944 in costs reimbursement stemming from the 1995 federal government shutdown. While that case is often cited, it’s not a legal “silver bullet,” Beezley says. He adds that many contractors opt not to pursue a formal contract claim, instead submitting a request for equitable adjustment (based on a FAR clause) with the government, or simply asking for a contract extension.

“Contractors will obviously need to talk to their legal counsel before deciding to proceed with an attempt to recover costs,” Beezley says. “The greater amount of costs, the higher the likelihood that a contractor will want to try to recover them. Lower costs may not be worth the effort. But there’s a variety of factors to consider, and the specific facts of the case will likely need to be strong (in the contractor’s favor) to get around a Sovereign Acts Doctrine defense.”

The legal odds have traditionally been long, but a sports axiom applies: You can’t score if you don’t take the shot. And Beezley says that many contractors will take that shot, given the magnitude of the most recent shutdown, the longest in U.S. history. That will likely result in new case law on federal contractor costs recovery.

“Not only are more companies feeling the impact of the shutdown, but that impact is greater,” Beezley says. “Because of that, more companies are going to try to recover costs. It will take a while for them to work (through the system), but there will be more litigation and published decisions on these types of cases.”