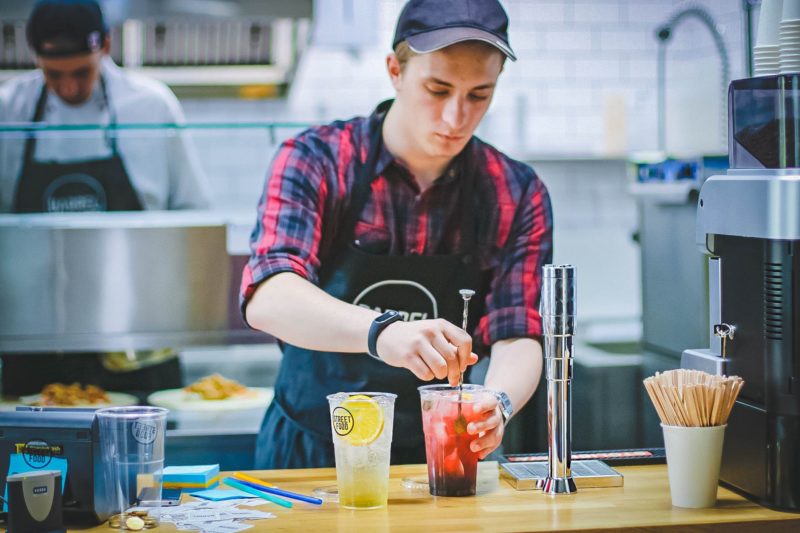 It seems as if there is rarely a dull day regarding markets and U.S. economic/trade policy, and Wednesday — which included the release of the March Non-Manufacturing ISM® Report On Business® — was no exception.

While the NMI® report indicated continued growth in the U.S. services sector, much of the chatter on Wednesday morning was about tariffs. China announced plans for a 25-percent tariff on US$50 billion a year on American exports, including aircraft, automobiles, soybeans and chemicals, sparking fears of a full-blown trade war between the two countries.

The Dow Jones industrial average opened down more than 500 points on Wednesday but rallied later in the day. While the impact of the NMI® and other economic reports on investors was unclear, Anthony Nieves, CPSM, C.P.M., A.P.P., CFPM, Chair of ISM’s Non-Manufacturing Business Survey Committee, said that he thinks “tariffs are affecting the psyche a bit” in a conference call with reporters.

“If you think about it, other than the tariffs for imports in place, everything else is just potential,” Nieves said. “Nothing has been enacted; that could be months down the road. With China countering with its tariffs, some feel that this is a negotiation before the dust settles. … Even though the markets are very volatile in terms of how they take in information, (the NMI®) focuses on what is happening with companies, not what may happen.”

Nieves also discussed the NMI® in an interview with Manufacturing Talk Radio.

.@ISM's Anthony Nieves: "The cooling off of the New Orders Index possibly precented an even stronger reading for the NMI® composite index. The majority of respondents remain positive about business conditions." https://t.co/buzul0uD6K #ISMROB #economy

Bloomberg: Growth in U.S. Service Industries Cools for a Second Month. “Even with the main index’s decline last month, service industries continued to expand at a hearty pace. An increase in order backlogs and slower delivery times, as measured by the purchasing managers’ group, encouraged the services sector to step up hiring to meet demand.”

The Wall Street Journal: Growth Slowed Across Most of U.S. Economy in March. “The details of Wednesday’s (NMI) report were mixed. The (indexes) tracking business activity and production fell in March, and the New Orders Index also was down from February, but the Employment Index ticked up last month. The Prices Index rose, signaling a 25th consecutive month of higher prices paid for materials and services.”

Exports and Imports still strong according to #ismrob

MarketWatch: Most U.S. Companies Still Growing Rapidly in March, ISM Finds. “The U.S. economy appears to have gotten off to a slow start in 2018, but that’s been a common feature of the nearly nine-year-old expansion. Growth has usually accelerated in the spring and summer and economists expect the same trend to repeat itself this year.”

CNBC: Service Sector Growth Slows for Second Month in a Row. “While the index of 17 non-manufacturing industries, such as real estate and food services, has slowed for the last two months, the service sector has still seen continued expansion for eight consecutive years. The sector has expanded for 98 consecutive months, while the overall economy has grown for the 103rd consecutive month.”