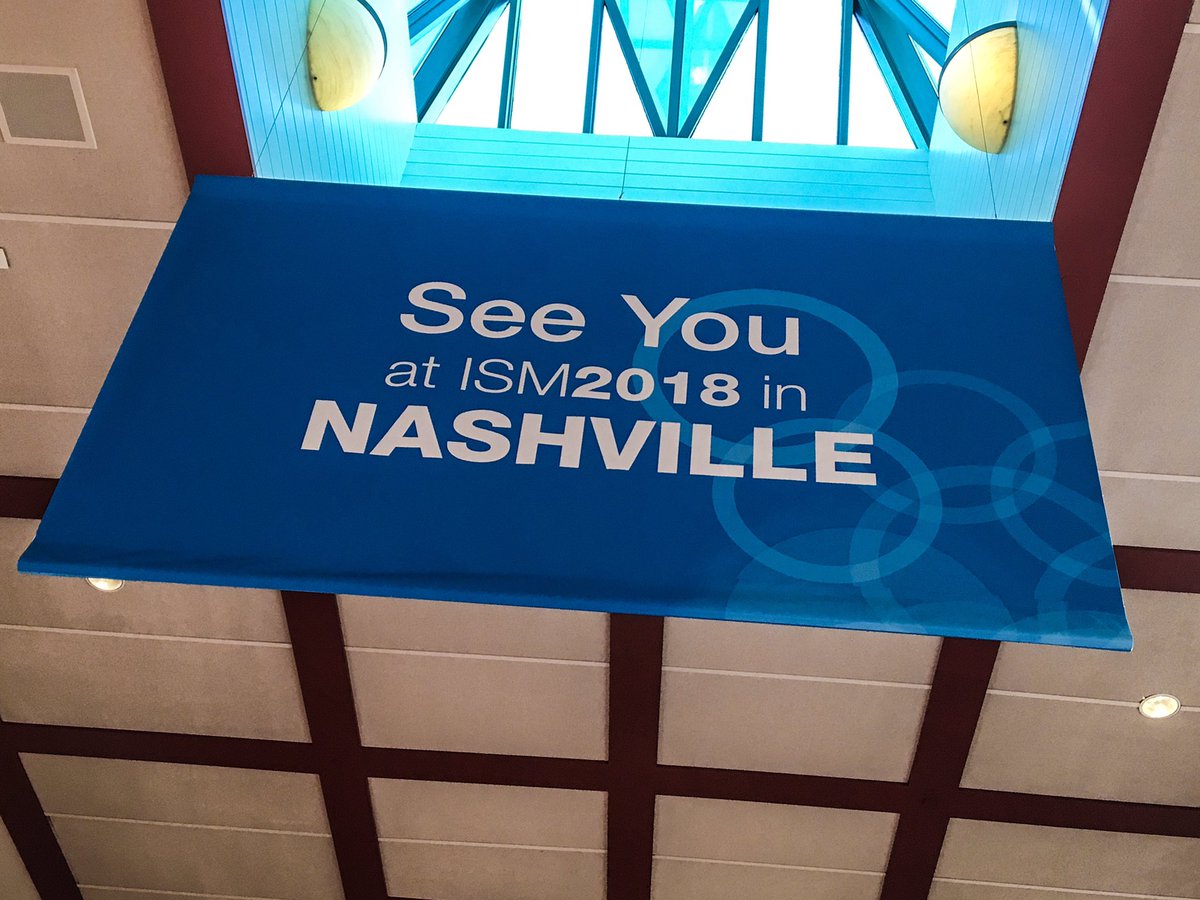 As the ISM2017 Annual Conference in Orlando, Florida, wrapped up with a half-day of activity on Wednesday, some hearts and minds likely were already at one of Walt Disney World's theme parks. (Some attendees heeded Institute for Supply Management®'s recommendation and added a family vacation to their Conference experience.)

However, bodies were still on-site, and participants showed a desire to finish strong. Using the #ISM2017 hashtag, presenters, exhibitors and attendees shared thoughts from the Conference’s last sessions and said farewell until next year. ISM2018 is in Nashville, Tennessee, so we anticipate no shortage of cowboy hats appearing in tweeted Conference photos from the country music capital of the world.

On Wednesday, ISM2017 attendees shared impressions from that morning's sessions, as well as those from Monday and Tuesday.

If Twitter activity is of any indication, the keynote speakers —General Colin L. Powell, USA (Ret.) on Monday, and David Cameron, former Prime Minister of the United Kingdom, on Tuesday — were well received. Appreciation was still being expressed as the Conference came to a close.

Some savored quality time spent with procurement colleagues and friends.

@ism The #ISMWichita board of directors and family members are enjoying a night out for dinner before the conference ends. #ISM2017 pic.twitter.com/4rvnPjxtFp

My colleague Karen Collins and I chillin between sessions at the #ISM2017 conference and expo @BuyerAcademy #procurement #supplychain pic.twitter.com/I3PVoWR299

Great to catch up with Tom Derry, President of ISM. Already looking ahead to ConnXus' involvement in #ISM2018. #ISM2017

Among the good-byes and thank yous:

It's time to make my way back to Detroit after an incredible week at #ISM2017. Let's go, @Delta! #homewardbound pic.twitter.com/E0xKXz2h2o

Thank you @WaltDisneyWorld for a magical time at #ISM2017. @ism pic.twitter.com/ob1Ojv8jXw

Last day of #ISM2017! Our team enjoyed the opportunity to meet & share insights with other industry professionals from around the world

Finally, ISM offered its farewell (and provided reading material on the way out).

That's a wrap! Thanks to everyone who attended #ISM2017! We hope to see you in Nashville for #ISM2018! pic.twitter.com/1NwXD29PwL

As the supply management profession prepared to depart Orlando, this seemed to be a most appropriate final thought: