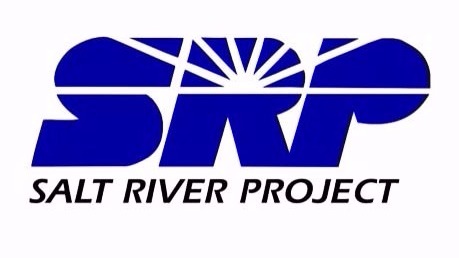 The Tempe, Arizona-based utility, which serves more than 1 million electric and water customers, looks at supplier diversity as an essential sourcing practice, says Patti Pyle, SRP’s manager of diversity. Her team raises awareness of the importance of including and using diverse suppliers by educating business units within the company, among other measures. The utility has an annual awards program in which purchasing agents, business units and advocates are honored for their supplier diversity efforts.

Not only is supplier diversity a business strategy and a supply chain component, it enhances the utility’s brand, Pyle says.

“We find that diverse suppliers are flexible, creative and responsive,” she says.

Take the case of one of SRP’s parts suppliers who responded when a power plant went down one recent weekend. A representative from the woman-owned company drove more than 250 miles from the Phoenix area to the Navajo Generating Station in Page, Arizona, to deliver the part. “Here’s someone who took the time out of a Saturday to help us,” Pyle says.

That’s just one of many examples of how working with diverse suppliers is making a difference for SRP. Whereas the goal of many organizations is to reach a diverse spend target goal of 10 percent, Pyle says, the utility is striving to reach 22 percent over the next five years, having reached about 18 percent in the 2016 fiscal year that ended April 30. SRP defines a diverse supplier as a business that falls within the following categories:

Michael Angulo, senior supplier diversity analyst at SRP, says that working with diverse suppliers results in economic development, impacting not only the utility but the community and marketplace. For example, a recent study by Local First Arizona, a nonprofit organization that promotes and supports local business within the state, showed that of every dollar spent at local businesses, 73 percent of it stays in the state, he says. Spending for non-local businesses only yields 43 percent in-state return. At SRP, slightly more than 70 percent of spend is local.

A majority of babies are minorities. According to U.S. Census Bureau population estimates released in 2015, 50.2 percent of children younger than age 1 are minorities.

These changing demographics point to rising purchasing power among minorities, increasing the relevance and importance of having diverse suppliers, Angulo says.

Additionally, millennials are now a major part of the workforce — one in three workers are millennials, according to Pew Research — and their expectations that organizations engage in social responsibility, sustainability, buying local and doing business with minority-owned companies are having an impact on sourcing and supplier diversity initiatives, Angulo says. Additionally, many millennials are entrepreneurs who are potential small-business suppliers or partners.

The utility is working to include diverse suppliers not only at the tier-one level, but beyond, Pyle says. When the utility contracted with Mortenson Construction to head a multi-million-dollar improvement project for its Project Administration Building, the construction firm held networking events with diverse firms, she says. Some of these subcontractors are now working on the project, which is expected to be completed in 2018, according to the Mortenson website.

Angulo says, “Supplier diversity used to be thought of as the ‘right thing to do.’ Now it’s become a business imperative.”