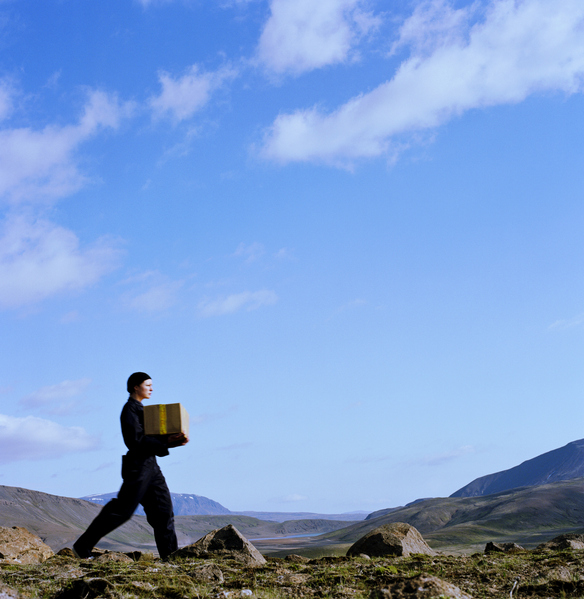 Headlines and news shows admonish consumers to beware of holiday toy and electronics shortages, decrying supply availability and logistics challenges. For consumers, this holiday season is about flexibility and adaptability. For the organizations that supply those goods — and supply management organizations in general — it’s a similar tale that lasts beyond the holiday season.

While the coronavirus pandemic has been the catalyst behind much of the recent supply chain disruption, it’s not the only cause. “It was a trigger more than anything else,” says Roby Thomas, Ph.D., professor and director of the masters of science in supply chain program at Elmhurst University in Elmhurst, Illinois. “Years and years of bad policies are coming back to roost now.”

COVID-19 resulted in what’s being called a “perfect storm” of supply chain impacts. Initially, many Chinese factories shut down due to workers falling sick, meaning fewer products and components were produced. Due to the lack of goods to export, shipping lines were impacted and shipments delayed.

Chinese factories returning online and producing more goods and components — and in some cases, with companies shifting what they produced — increased the need for containers for shipping the goods. More containers were shipped from China to the U.S. than were sent back, resulting in a shortage of containers and Chinese warehouses full of goods waiting for transport. As they were shipped, a logjam of vessels formed outside the Ports of Los Angeles and Long Beach, awaiting unloading. There have been other issues, including stacks of unloaded containers awaiting inland transport and a lack of warehousing and distribution capacity.

While the pandemic has exacerbated supply, shipping and other disruption, many dynamics realized recently have been years in the making, Thomas says.

Ports. U.S. ports are generally outdated, Thomas says: “They’re not as automated as compared to Chinese and the European ports” — so, in the U.S., it takes more time to unload ships. Limited operating hours also have been an issue, although recently the Biden Administration announced that the Port of Los Angeles would operate 24 hours a day, seven days a week.

Despite increased hours, Thomas says, port problems are likely to not ease immediately due to the lack of workers, a situation — like that of the shortage of truck drivers — that has been developing since before the pandemic.

Microchip shortage. Due to the abundance of products chips are used in — vehicles, computers and laptops, phones and the electronic gifts popular during the holidays — as well as the development of 5G technology, the shortage has been on the horizon, Thomas says. “We’ve known for a while that there is going to be a squeeze on this,” he says.

Worker shortage. The shortage of truck drivers — affecting all parts of the delivery process, including container haulage from the ports — has been building over the last few years. Other areas, like manufacturing, also are experiencing a shortage of workers.

Governmental legislation and policies also have contributed to the disruption, Thomas says. Among other issues, he says, are lax antitrust laws that have led to the consolidation and development of large companies, a situation that has made it difficult for smaller companies to compete. One example: the medical equipment industry. Deregulation, for instance, Thomas says, has led to the creation of seven railroad companies from more than 30, he says.

Cost as a Driver

For decades, cost has been the driving factor in how companies source and produce, and that has also contributed to current supply chain problems. There was a shift to China for manufacturing and production to take advantage of low labor costs, among other dynamics, Thomas says. Microchip production shifted to Taiwan, effectively creating a monopoly there, he notes.

Although organizations are recognizing a need for more regional or local sourcing, such a move can be difficult and costly, especially for such products as semiconductors that are capital-intensive, Thomas says: “These are expensive factories that you can’t just ramp up overnight.”

For other industries, such as clothing, moving manufacturing from China to such locations as Turkey, Portugal or Mexico may be easier — and can diversify the supply chain, enable companies to locate factories closer to customers, and save on labor and shipping costs, Thomas says. Diversifying locations and using alternate supplies can also aid in increasing manufacturing capacity, thus easing supply availability issues.

In the future, such alternate sources are likely going to have more bargaining power than they have in the past, as companies seek to reduce supply chain issues, Thomas says. With the semiconductor shortage, for example, demand for Microchip Technology’s products have skyrocketed. To handle the demand, the lesser-known semiconductor company, based in Chandler, Arizona, has prioritized orders for companies that sign irrevocable 12-month contracts.

As with other lesser-known suppliers that are employing similar measures, this helps Microchip Technologies plan production and scale capacity. It also enables them to compete against larger companies, whose per-piece costs — when they have available supply — are generally less.

The pandemic has served as a wake-up call for supply management organizations to develop “more of a tailored approach” that focuses not only on cost but more importantly, flexibility and value, Thomas says. Because many supply chain issues are systemic, they will take time to sort out and fix, he says.

This holiday season, consumers should take a similar approach, he says. They should be flexible in their purchases, understanding that they might not get their first choice in gifts or that they might have to write a card saying that the gift will be coming as soon as possible.

In the meantime, supply management professionals are working to ease supply constraints through strategic, flexible measures.