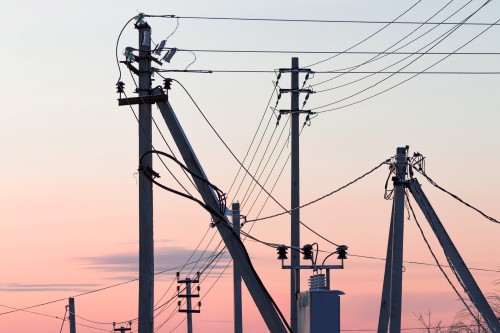 Hurricane Laura caused severe damage after hitting southeastern Louisiana in August; it was the largest storm in the area since 1856 and was classified as a Category 4 hurricane. “This storm, in the few hours it hit our territories, knocked out 616,000 customers,” said John Lindley, vice president and chief supply chain officer at Entergy Corporation, a New Orleans-based energy company with customers in Arkansas, Louisiana, Mississippi and Texas.

During “Hurricane Laura Preparedness and Lessons Learned,” a session November 24 at UPMG2020, the annual conference of Institute for Supply Management®’s (ISM®) Utility Purchasing Management Group, he talked about how Entergy’s quick response process was critical to bring power back to those customers. “Our incidence response system has served as well over the years,” he said. “Despite every storm being different, we have a system that’s robust and based on five Rs — it’s well-tested and worked well (with) Hurricane Laura.”

The five stages are:

While protocols were in place to manage events, the scale of Hurricane Laura — which damaged 13,781 poles and 4,560 transformers, and caused substation, transmission-line and other damage — was unprecedented and called for quick reaction, Lindley said. The scale of the damage was bigger than that caused by Hurricane Katrina, he said. The estimated cost of the damage: US$1.5 billion to $1.7 billion.

“Our people got on the ground, our scouts hit the roads, our drones hit the air and our helicopters started flying,” Lindley said. At the peak, 24,000 people responded on the ground in southeast Louisiana.

Among its response actions, Entergy immediately starting shipping goods and inventory and notified suppliers that there had been a major event, Lindley said. “(O)ver the duration of the storm, we issued out of inventory several months (worth) of inventory in just four weeks,” he said.

While the distribution challenge was large, the transmission challenge was greater, as the transmission system in southeastern Louisiana was basically destroyed — and called for rebuilding, not just restoration, Lindley said. Teams were quickly mobilized, and real-time information was relayed to supply management function to the incidence command team to suppliers and transport teams. Suppliers worked — some around the clock — to get Entergy needed supplies, like transformers, poles and pole line hardware, equipment and transmission structures, he said.

That quick mobilization was critical to the recovery, Lindley said.

Because a heavy storm season had been predicted — and indeed, another storm, Hurricane Delta, was soon to hit — Entergy had added additional staff, with backups for storm duty. People shifted roles, with, for example, category managers working in operations, he said. “It brought people together,” he said. “It allowed us to see how people performed when they were not in their normal area of activity.”

Among the lessons learned: role clarity: “We needed to figure out with our business partners, who we work closely with, exactly what we needed to do in our job and what we needed to give them to do their job.” That’s not a difficult task generally, but in the immediacy of the storm, it was harder at first, he said.

“There’s a lot there around our experiences around people, process and technology,” Lindley said. “The response was great. I think for the scale of the event, it was done very well. But like all events, you learn something — and there’s no shortage of learnings here.”

The learnings were applied subsequently during Hurricane Delta, which impacted 490,000 customers, he said. “But customers were back on in several days, instead of five weeks,” he said. “I think the lessons taught us well, and those that we were able to use for the distribution event of Delta helped us get customers back on much quicker.”