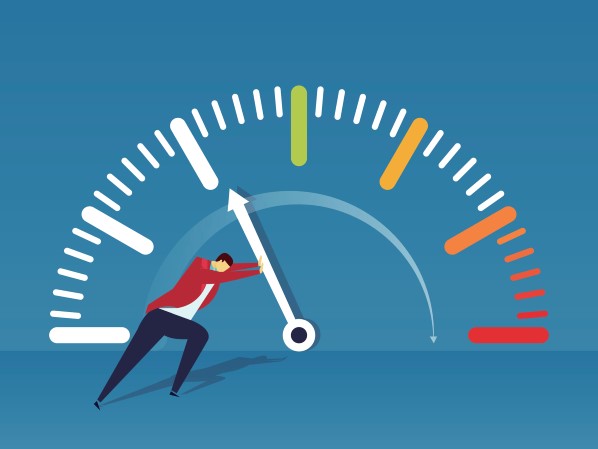 During the coronavirus (COVID-19) pandemic, shortages of such commodities as toilet paper and life-saving medical supplies emphasized the importance of supply chains, a lesson learned by consumers as well as executives.

As sometimes happens during an economic crisis or unexpected disaster, companies learn the value of supply managers as they assist other functions — for example, by helping ensure business continuity through sourcing supply and managing costs. In the age of COVID-19, where cash flows and production outputs have been severely impacted, managing spend and mitigating risks is even more critical.

That’s an opportunity for procurement to become more influential in the organization, says Chris Sawchuk, principal and global procurement advisory practice leader for The Hackett Group, a Miami-based business consultancy. “It depends on the industry and the company,” Sawchuk says. “But for many companies, the current environment is making them focus more on cost. So, procurement is being pulled into other operations and is asked to help, potentially pulling (the function) into areas that have been off limits for a long time.”

The pandemic has provided an opportunity for procurement, but organizations labeled “world class” by The Hackett Group expanded influence in their companies long before COVID-19, as this month’s metric shows. Percentage of spend influenced by procurement revisits one of the first analytics featured in The Monthly Metric — spend under management — with the emphasis on influenced.

This space discussed spend under management in June 2017, stating that the analytic “is generally defined as the percentage of a company’s spend that is actively managed and controlled by the procurement function. However, what ‘managed and controlled’ means can depend on which procurement professional you ask. Some consider it source-to-pay spend, while others use a broader scope — anything covered by a sourcing plan or contract. It’s a critical distinction, as a nebulous definition of spend under management inhibits an organization’s ability to benchmark its performance.”

Then, as now, Sawchuk prefers a definition of spend influenced — sourcing performed by supply managers or other stakeholders through a process designed or approved by the procurement organization. “You can influence by doing it, or you can influence it by saying how it should be done,” he says. “As long as the spend is following that kind of rigor, it should be considered influenced. … If (a stakeholder) comes to procurement and says the supplier has been selected and the contract just needs to be put together, that’s not influence in my eyes.”

For its 2019 report World Class Procurement: Redefining Performance in a Digital Era, The Hackett Group found that “world-class” procurement organizations influence, on average, 93 percent of their companies’ spend, compared to 64 percent for the peer group.

In the 2016 Supply Management Metrics (Cross-Industry) Report by CAPS Research, the Tempe, Arizona-based organization in strategic partnership with Institute for Supply Management® (ISM®) and Arizona State University, some of the highest-performing industries were petroleum (91.9 percent of sourceable spend controlled by procurement), aerospace and defense (89.6 percent), diversified foods and beverages (87.3 percent), and engineering and construction (81.8 percent).

Though the levels of involvement might vary from purchase to purchase, the “influence” definition makes it easier to quantify procurement’s impact on spend, Sawchuk says. “It could be a light touch or a heavier one, but either way, that’s influence,” he says. “What percentage of spend is risk managed? What percentage is devoted to managing supplier performance? What percentage if competitively bid? To me, they should be put in the same (measurement) of spend management, even if there are different definitions of it.”

Emerging technologies have helped procurement organizations improve spend visibility, which could be even more in demand during the pandemic. In a September earnings call, executives for Coupa, a San Mateo, California-based spend management technology platform, reported second-quarter increases in total and subscription revenues, thanks to a “strong pipeline” of customers.

“(Analytics use) depends on the company and its situation in the current environment,” Sawchuk says. “But with metrics, especially those related to cost and risk, any (technology) that can bring companies more visibility within their supply bases is something that we’ll continue to see more of.”

According to The Hackett Group report, procurement departments can influence more spend by leveraging technology in another way — through automation and integration to minimize error rates. The report states, “Using a more integrated system and leveraging new tools like cloud and smart automation, world-class organizations minimize the need for human intervention in routine, rules-based processes, for example, by avoiding the need to manually rekey data from one system into another. Fewer handoffs mean fewer mistakes.”

Such technology helps world-class procurement organizations generate 75 percent more savings than peer groups, according to The Hackett Group’s research. Sawchuk, one of the report’s authors, says creating a seamless experience for customers and stakeholders is vital, but that process requires more than “a digital transformation,” he says.

Relationship management is important, as is good service: “(Customers and stakeholders) are looking for a good experience of engaging with a procurement entity, so how can that experience be made better?” Sawchuk says. “And that shouldn’t be limited to technology. Look at that in totality and create an engaging experience, so people come back, and you lock them in over time.”

In 2017, Sawchuk told The Monthly Metric that an organization that wants to increase its influence should identify areas of a company in which procurement can improve performance. Then, clearly define objectives, develop processes, and convey them to executives and other stakeholders — who are even more likely to be receptive in the age of COVID-19.

“When these things happen, it does open the door for procurement to show its value to other functions,” Sawchuk says. “The question: How do you go about doing that? The answer is obviously not going to be the same at every company. But procurement has the chance to take advantage of this turbulent time.”

To suggest a metric to be covered in the future, leave a comment on this page or email me at dzeiger@ismworld.org.