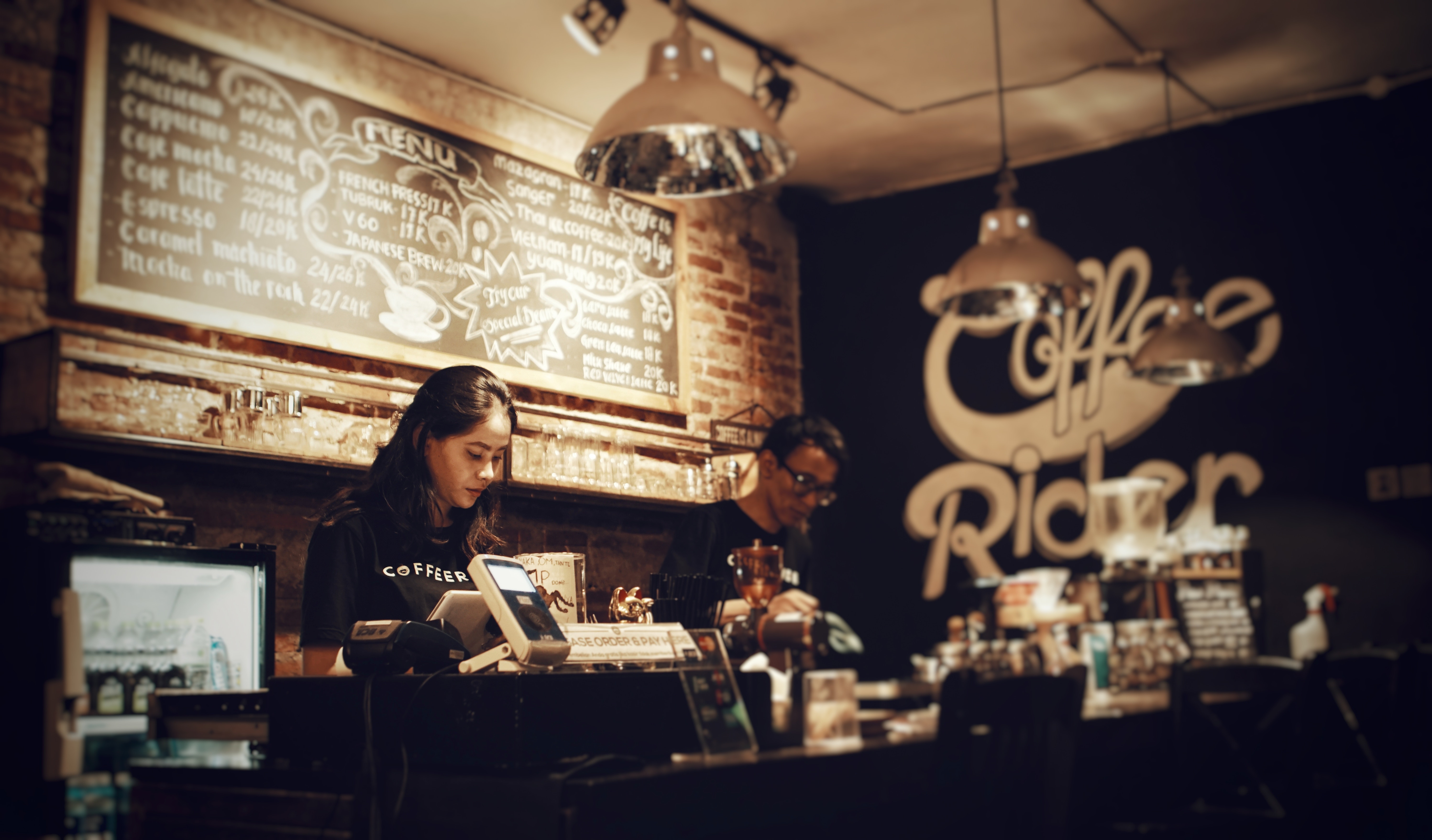 Last week, the Manufacturing ISM® Report On Business®, though it reported another month of contraction for U.S. factories in December, had positives for those who subscribe to the theory that a report’s “internal” numbers rise before the headline number does. The Non-Manufacturing ISM® Report On Business®, released on Tuesday, had the same dynamic for some observers — but in reverse.

In a report where the details may not be as solid as the headline, ISM's non-manufacturing index came in on the high side of expectations, at 55.0 for December versus Econoday's consensus for 54.5 and up 1.1 points from November. pic.twitter.com/he7N4WeeU5

Headline ISM services index slightly better than expectations at 55 vs. 54.5 forecast. But new orders index fell to 54.9 from 57.1. Employment index also dipped slightly to 55.2 from 55.5. https://t.co/zZRFAIuuHI

The December NMI® of 55 percent was 1.1 percentage points above November’s reading and indicated a 119th straight month of growth in the U.S. services sector. End-of-year orders fueled a 5.6-percentage point gain in the Business Activity Index, which offset declines in two (New Orders and Employment) of the three other subindexes that factor into the NMI®.

However, Anthony Nieves, CPSM, C.P.M., A.P.P., CFPM, Chair of the Institute for Supply Management® Non-Manufacturing Business Survey Committee, called the overall report positive, adding that the services sector — much more so than manufacturing — is driven by such dynamics as employment and consumer confidence. If unemployment is low and consumers are happy, he said, non-manufacturing companies will thrive.

“There is a correlation between manufacturing and non-manufacturing, as suppliers from one sector serve the other,” Nieves said in a conference call with reporters. “Manufacturing is lagging, but all indications are we should start seeing growth in that sector soon. (A slowdown in manufacturing) affects services, but we have strong consumer confidence. Housing starts were up in November. Commercial construction has been (solid), and there's little to no inflation. … All that good (economic) news drives consumer psyche, and that drives the services sector.”

Is the US services sector rebounding? It's certainly holding on to moderate growth. The ISM Non-Mfg Index rose to a 4mo high in Dec, which ISM advises is equivalent to a 2.2% rise in GDP--a bit faster than Q3's +2.1%: https://t.co/CDVfC1UVK8 pic.twitter.com/kuQsbd7kVq

How consumer and investor sentiment will be impacted by increased hostilities between the U.S. and Iran is to be determined, Nieves said, adding, “Time will tell, but we will have to see more than saber-rattling.”

Among the notable subindex numbers:

●The Business Activity Index continued an EKG-like trajectory: 57.0 percent in October, 51.6 in November and 57.2 in December. Wrote a Business Survey Committee respondent: “November was unusually low, but December has rebounded back to where business should have been.”

●The Prices Index registered 58.5 percent for a second straight month, and Nieves said that number was primarily due to fuel costs, Nieves said: “We’re still not seeing much inflation.”

●The Backlog of Orders Index reading of 47.5 percent signaled contraction for the fourth time in five months, thanks to, Nieves said, increased inventories and fewer supply chain constraints. “There are still trucking issues, but not as bad as in the past,” he said.

> Outside #manufacturing, activity seems to have found a floor but momentum still soft pic.twitter.com/xOZqJekIa5

Associated Press: U.S. Services Firms Grew at a Faster Pace Last Month. “Steady consumer spending, buoyed by a strong job market and decent pay gains, is driving a healthy service sector and broader economy. A separate survey this month of manufacturers by the ISM showed that factories are still struggling with trade fights and feeble global growth, but the industries covered by the ISM’s services survey make up nearly 90 percent of the economy.”

Bloomberg: U.S. Services Gauge at Four-Month High in Sign Growth Steady. “The improvement in services activity contrasts with ISM’s factory index, which contracted for a fifth month and posted the lowest reading since mid-2009. Annual figures show service providers have nonetheless been caught up in a manufacturing downdraft characterized by weak export markets, antagonistic trade policies and an investment pullback. Stocks remained lower and the dollar higher after the non-manufacturing report.”

CNBC: ISM Non-Manufacturing Data Comes in Better Than Expected in December. “Lots of important data here: ISM non-manufacturing for December,” analyst Rick Santelli said. “Of course, the services sector (is) the biggest swath of the U.S. economy. (A reading of) 55.0, better than expected and follows a 53.9, the best number since August, when it was 56.4.”

Financial Times: U.S. Services Avoid Aftershock From Factory Weakness. “The services sector, which accounts for more than two-thirds of US economic activity, has held up despite weakness in a manufacturing sector that has come under pressure from trade uncertainty and softer demand. Michael Pearce, senior US economist at Capital Economics, said the services sector’s rebound last month ‘should dispel any fears that the slump in the manufacturing index reported last week heralds a further economic slowdown.’ ”

Headline ISM non-mfg index was up in Dec (to 55.0 from 53.9 in Nov) and ahead of expectations (54.4). Details show some deterioration, though non-mfg still holding up better than mfg.

MarketWatch: The Huge Service Side of the U.S. Economy Sped Up At the End of 2019, ISM Finds. “Sales inside the U.S. have held up well, negating the need for companies to reduce payrolls. Firms say one of their biggest problems is finding enough skilled labor to fill empty positions, forcing them to either raise wages, retrain new hires or invest more in automation. A strong service sector bodes for the economy in 2020, especially if the U.S. and China continue to ratchet down tensions.”

Reuters: Declining Imports Push U.S. Trade Deficit to Three-Year Low. “The report came on the heels of a survey from the ISM last week showing its measure of national factory activity dropping in December to its lowest level since June 2009. The index has contracted for five straight months. Economists polled by Reuters had forecast the services index rising to a reading of 54.5 in December. The survey’s measures for new orders and employment slipped.”

.@ISM® Report On Business® survey respondent in utilities: “We are seeing extended lead times for already purchased materials across the board. Suppliers, as well, are warning (of) longer lead times for engineered and manufactured goods.” https://t.co/lTVJMmUQos #ISMROB #economy

The Wall Street Journal: U.S. Trade Gap Lowest in Three Years as Imports From China Slide. “U.S. factory orders decreased 0.7% to a seasonally adjusted $493 billion in November from the previous month, driven by a drop in new orders for durable-goods items designed to last at least three years. While the decline is a negative sign for the manufacturing industry, other broader economic data point to strength. The Institute for Supply Management®’s nonmanufacturing index, tracking industries including health care, finance, agriculture and construction, rose to 55 in December from 53.9 in November, the strongest reading since August.”

In case you missed the ROB Roundup on the release of the December Manufacturing ISM® Report On Business®, you can read it here. For the most up-to-date content on the PMI® and NMI® reports, use #ISMROB on Twitter.