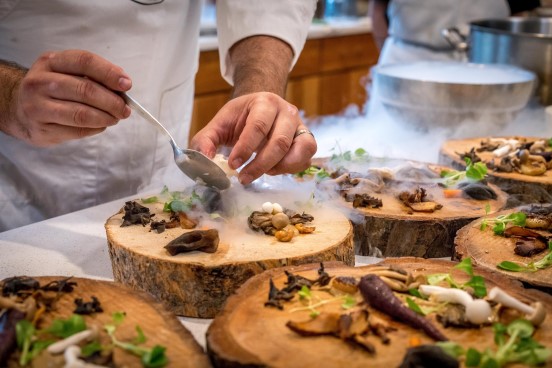 If the release of the July Non-Manufacturing ISM® Report On Business® occurred in a vacuum, there would have been limited nitpicking on Monday: The composite NMI® of 53.7 percent indicated growth in the U.S. services sector for the 114th consecutive month, and none of the 10 subindexes were in contraction territory.

However, the NMI® reading was its lowest in nearly three years, and it came amid the backdrop of recent eyebrow-raising economic data — including the Manufacturing ISM® Report On Business® on Thursday — and yet another round of trade and tariffs drama between the U.S. and China that sent markets tumbling on Monday. So, one could consider the NMI® glass half-full, but Anthony Nieves, CPSM, C.P.M., A.P.P., CFPM, Chair of the Institute for Supply Management® Non-Manufacturing Business Survey Committee, emphasized that slowing growth is still growth during a conference call with reporters.

US 🇺🇸ISM non-manufacturing index to a three-year low of 53.7 in July, from 55.1. Although still in expansion, shows a moderate slowdown in the largest sector of the US economy.

“Everyone tries to put a numerical value to the indexes, but you’re measuring a rate,” Nieves said. “We don't have contraction with any of the subindexes. Month over month, there's still growth, so people are optimistic. If there was contraction, it would be a challenge. But there are potential headwinds with the tariffs, and we're seeing a global slowing.”

Nieves said the summer months typically bring a slowdown for the non-manufacturing sector, adding that August and September will be pivotal months to determine the NMI®’s strength for the rest of 2019. Last August, amid concerns of slowing U.S. services expansion, the NMI® rose 2.1 percentage points, which turned out to be a springboard for three straight months of above-60 readings, a first for the index.

In the July report, Non-Manufacturing Business Survey Committee respondents had sunny projections: “The tariffs have increased prices for our industry, but our clients are not balking at the slight price increases that have been passed along. We feel that (the third quarter) will be strong,” wrote a respondent in management of companies and support services. However, Nieves acknowledged that the latest trade turbulence — China on Monday threatened retaliatory tariffs on recently-bought U.S. agricultural products — could change sentiment.

Still in expansion but not great ISM services.

“When we were collecting the data for this report, our respondents did not have that information to react to,” Nieves said. “But they are concerned about tariffs. We've had numerous comments about the uncertainty surrounding them, and with this retaliation, it definitely could affect confidence. Even though the (NMI®) was soft this month, other data reflected strong consumer confidence. Unemployment remains low, and wages are up. We'll have to see the ramifications of this latest round. … If this latest round of tariffs has an impact, it will be interesting to see the next month's data.”

Associated Press: Survey: U.S. Services Sector Slips to Worst Growth in 3 Years. “The index’s measures of business activity and new orders decreased, though both still pointed to growth. The hiring measure improved. … Some of the respondents said that tariffs against China launched by President Donald Trump have complicated their businesses, a challenge that could increase if the administration expands these import taxes as planned in September.”

Bloomberg: U.S. Services Join Factories With Slowest Growth Since 2016. “The July decline follows ISM’s report last week that showed a fourth straight month of slower growth in manufacturing. Together, the figures point to the growing economic risks that Federal Reserve officials highlighted when they reduced interest rates last week for the first time in a decade.”

.@ISM® Report On Business® survey respondent in public administration: “Demand seems strong. There are still pressures for skilled labor. It is difficult to find fully qualified candidates. Suppliers are having trouble with demand.” https://t.co/4rMWi1P09g #ISMROB #economy

CNBC: U.S. Services Growth Slows to Weakest Level Since 2016: ISM. “Slower growth in the services sector, which accounts for more than two-thirds of U.S. economic activity, comes at a time that the U.S.-China trade war has been squeezing manufacturers. ‘For an economy that is so heavily dependent on the service sector, this is a particularly troubling release,’ Ian Lyngen, head of U.S. interest rates strategy at BMO Capital Markets wrote in a research note.”

MarketWatch: U.S. Service Sector Slows in July to Weakest Rate in Almost 3 Years. “The rate of growth in the services sector continues to cool off. Respondents indicated concerns related to tariffs. Comments were generally mixed about business conditions. One oil and gas industry contact said companies in the sector were cautious given the volatility in oil prices. The separate ISM factory index fell to 51.2 in July, the slowest since September 2016.”

Capital Economics on the #US - Economic growth set to slow sharply - The fall in the ISM non-manufacturing index to a three-year low of 53.7 in July, from 55.1, suggests that the downturn already evident in manufacturing is now spilling over into the much larger services sector.

Modern Materials Handling: Non-Manufacturing Index Slips But Finishes 1st Half of Year With Growth. “Themes in the report submitted by ISM member respondents focused on various topics, including things like the impact of tariffs, the general economy, and supply chain issues, among others. … Assessing the collective state of non-manufacturing with 2019 now more than half over, Nieves said that the sector has met, if not exceeded, expectations.”

Reuters: U.S. Services Growth Hits 3-Year Low in July: ISM. “Slower growth in the services sector, which accounts for more than two-thirds of U.S. economic activity, comes at a time that the U.S.-China trade war has been squeezing manufacturers.”

The Wall Street Journal: Services-Sector Growth is Slowest in Three Years. “Last month’s decrease ‘suggests that the downturn already evident in manufacturing is now spilling over into the much larger services sector,’ Andrew Hunter, an economist at Capital Economics, said in a note to clients. The data provide a barometer for the nation’s restaurants, builders, bankers and other service-providers. Consumer spending is the primary driver of the U.S. economy, and about two-thirds of those outlays are on services.”