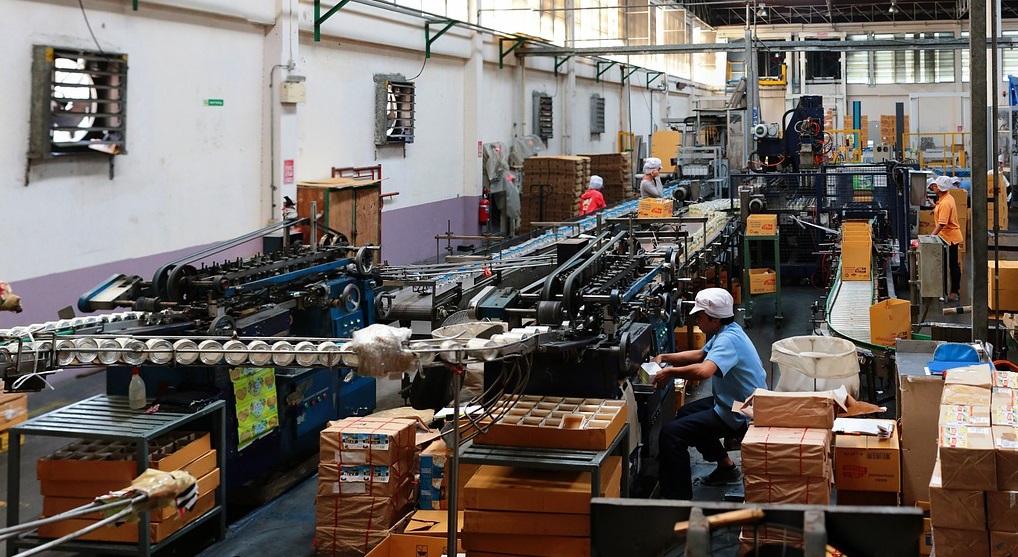 At times in the last three years, it seemed that the U.S. manufacturing sector would continue to post high levels of growth, despite trade tensions or sluggish economies in other parts of the globe. However, factories don’t exist in a vacuum.

And the April Manufacturing ISM® Report On Business®, released on Wednesday, offered a lesson on the external forces that can tug on the composite PMI®, which registered 52.8 percent, a 2.5-percentage point drop from the previous month and the lowest since October 2016. Mitigating factors were evident throughout the 10 subindexes, including three of the five (New Orders, Production, Employment, Supplier Deliveries and Inventories) that factor into the PMI®, said Timothy R. Fiore, CPSM, C.P.M., Chair of the Institute for Supply Management® Manufacturing Business Survey Committee.

In a conference call with reporters, Fiore discussed the subindexes that stood out:

●The Employment Index decreased 5.1 percentage points to 52.4, as companies continue to find and retain qualified personnel with the nation’s unemployment rate at just 3.8 percent. “Labor would appear to be the single biggest contributor to the PMI® expansion decline,” Fiore said.

●Labor restrictions impacted the Production Index, which fell 3.5 percentage points to 52.3, but Fiore said output could have been impacted by factories performing overdue equipment maintenance after nearly three years of high operation to meet demand.

●The New Export Orders and Imports indexes both contracted, ending long stretches — 37 months and 26 months, respectively — of growth. Last month, Fiore sounded a warning on the slow growth of the New Exports Orders Index, saying that until trade and tariffs issues are resolved, things could get worse before they get better.

The strains on U.S. manufacturing were reflected in Survey Committee members’ comments. Though tariffs turbulence is no longer the dominant topic it was for much of 2018, nearly one in five respondents cited it. Trucking congestion at the U.S.-Mexico border continues, thanks to U.S. Customs and Border Protection resources that have been shifted from cargo processing to immigration.

Finally, less-than-stellar first-quarter economic performances in Europe and China likely limited purchasing from those areas. “When this production expansion began (in 2016), most of the major economies in the world were expanding,” Fiore said. “That's not the case anymore, and that's probably had an impact, especially (on exports).”

Yikes. Those economic figures are going to leave a mark. #Construction spending dropped 0.9% in March against a consensus forecast of +0.1%. April #ISM index dropped to 52.8 against a forecast of 55. That's the weakest since 10/2016

Markets reaction to the PMI® data was, not surprisingly, unenthusiastic. However, Fiore exemplified supply managers’ slow-and-steady mindset, saying that while the April subindexes reflect issues testing the manufacturing sector, they also show room — and potential — for improvement. “New orders were disappointing, (but the) backlog grew, which says production couldn’t keep the backlog down,” Fiore said. “Customers inventories didn’t expand, which represents potential future demand. I think the emphasis is on the consumption side, because the input side is stable. The issue is production, and especially employment.”

Advanced Manufacturing: ISM: Manufacturing Slows Down in April. “(T)rade tensions, including tariffs, continue to act as a hangover for manufacturing. The U.S. and China have engaged in a trade war and the Trump administration has implemented tariffs on steel and aluminum, even from allied countries. China and the U.S. have been negotiating to resolve trade issues, but the talks have dragged on without resolution.”

On the positive side, manufacturers have cited expanding levels of activity now for 32 straight months, and the outlook remains promising. Moreover, pricing pressures—a major concern several months ago—have lessened substantially since then, with the prices index neutral in April

Bloomberg: U.S. Factory Gauge Falls to Two-Year Low. “The unexpected decline to the lowest level of President Donald Trump’s tenure adds to signs that uncertainty about global trade and growth is dimming the outlook for producers across the world’s largest economy even as other measures of economic health have been looking more upbeat.”

CNBC: April ISM Manufacturing Comes in at 52.8, March Construction Spending Down 0.9%. “A miss here (at) 52.8 (percent). We were expecting a number closer to 55,” analyst Rick Santelli said. “Fifty, right on the nose for prices paid, down from 54.3. That's an asterisk on the second day of a two-day (Federal Reserve) meeting: We want to underscore prices paid are moving down, ready test the expansion-contraction line. New orders, the seed corn of the future, lost about 6 points from 57.4 to 51.7. This tranche of numbers is definitely nothing to brag about, though still in expansion mode.”

Financial Times: U.S. Manufacturing Sector Hits Weakest Level Since October 2016. “The worse than expected survey comes after the U.S. Commerce Department said last week the nation’s economy grew at a robust 3.2-percent rate in the first quarter, allaying fears of a potential slowdown. But the Fed is widely expected to hold interest rates steady when officials conclude their policy meeting on Wednesday, reflecting muted inflation and uncertainty over the global economy and trade.”

ISM: call it slower growth with no inflation. Historically, an ISM of 52.8 with the prices paid index at 50.0 is not necessarily a bad development for US equities. We tend to see above average returns six months forward when ISM is in this zone. pic.twitter.com/QVQJFGYp5Q

MarketWatch: Manufacturers Grow at Slowest Pace in April Since Trump Elected, ISM Finds. “Manufacturers aren’t growing as fast as they were last summer, but they are growing. The pace of expansion is likely to remain on the milder side, however, until U.S. and China resolve festering trade tensions and a weak global economy starts to improve. Other parts of the economy are healthier, though, and that’s keeping the economy expanding at a steady clip.”

The Wall Street Journal: U.S. Factory Activity Slows in April. “U.S. manufacturers could see an uptick in activity in the coming months as the global economy recovers, said Michael Pearce, senior U.S. economist at research firm Capital Economics. Economies in both Europe and China got off to a slow start earlier this year but appear to have stabilized, he said. Gross domestic product in the 19-member eurozone grew at an annual rate of 1.5% in the first three months of the year, up from 0.9% in the fourth quarter of 2018. Growth in China also held steady in the first quarter.”

The Non-Manufacturing ISM® Report On Business® will be released on Friday. Also, ISM’s Spring 2019 Semiannual Economic Forecast for the manufacturing and non-manufacturing sectors will be unveiled on May 8. For the most up-to-date content on the PMI® and NMI® reports, use #ISMROB on Twitter.