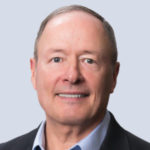 ●“Our approach to cybersecurity has to be changed,” said Alexander. “Industry has an obligation up to a certain level, but government must also do its job. Sometimes, we don’t act until after the fact — we need to be out front of that.” 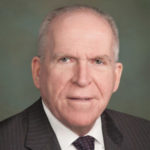 ●Brennan echoed that statement: “The government cannot do it alone; there has to be cooperation between companies and the government. The digital environment is constantly expanding. You’re not going to be able to stop digitization, but you must be able to manage it.”

●“Most companies do a pretty good job of tracking known threats. But they also need to address behaviors,” Alexander said. “How does a bad actor typically work?”

●Brennan noted that he was surprised by how many U.S. companies may be unaware that some international companies, vendors and suppliers are used by their governments to promote governmental interests. He cited China and Shenzhen-based Huawei Technologies as an example. Alexander agreed, stating, “It’s an economic battle, and we have to push back.”