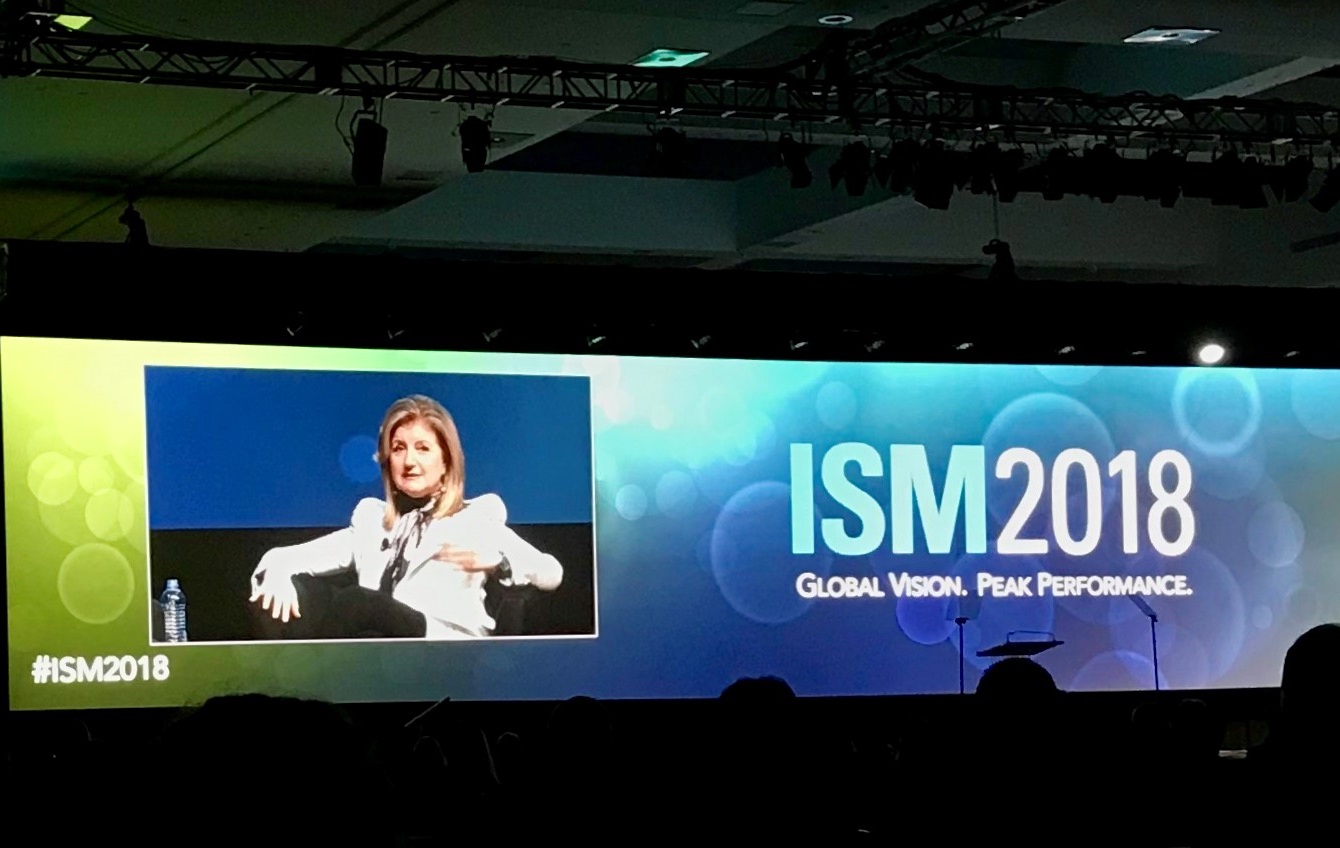 We're at the forefront of a revolution in how we conduct business. That's because, says Arianna Huffington, CEO of Thrive Global, "the way we've been doing business isn't working."

Huffington, the keynote speaker on Monday at the ISM2018 Annual Conference in Nashville, Tennessee, spoke to a crowd of more than 1,000. All too often, she says, we measure our success by our level of burnout — instead, success should be indicated by our well-being and sense of wonder about life.

And that means taking care of ourselves — though nutrition, movement and adequate sleep. The result, Huffington says, is that we perform better and make better decisions. She knows this from firsthand experience, saying that when she is stressed out or gets less than about eight hours of sleep, she is a “less good” version of herself.

As technology continues to become a bigger part of our lives, taking care of ourselves will become even more necessary, Huffington says. One issue we must contend with is our increasing use of cellphones, she says: “We spend more time than we want using our devices. It’s coming to the point where if you text someone and don’t get a text back within a minute, you’re about to call 911.”

She says too many people go to bed with their cellphones and wake up with them. Thus, it’s important that we set an arbitrary end to the day and put our cellphones to bed — in another room, she says, adding that Thrive Global has developed the Phone Bed Charging Station for that purpose.

We also must reduce cellphone dependence in the workplace, Huffington says. For example, when devices aren’t allowed in meetings, the people in attendance are much more attentive, she says, and meetings are shorter.

Beyond cellphones, as artificial intelligence and other technologies become more prevalent in the workplace, it’s important to maintain such human sensitivities as empathy and creativity in our work culture, she says. Those are traits that robots don’t have. By having a thriving work culture — and not compromising empathy and caring for each other, companies can more quickly address problems, she says.