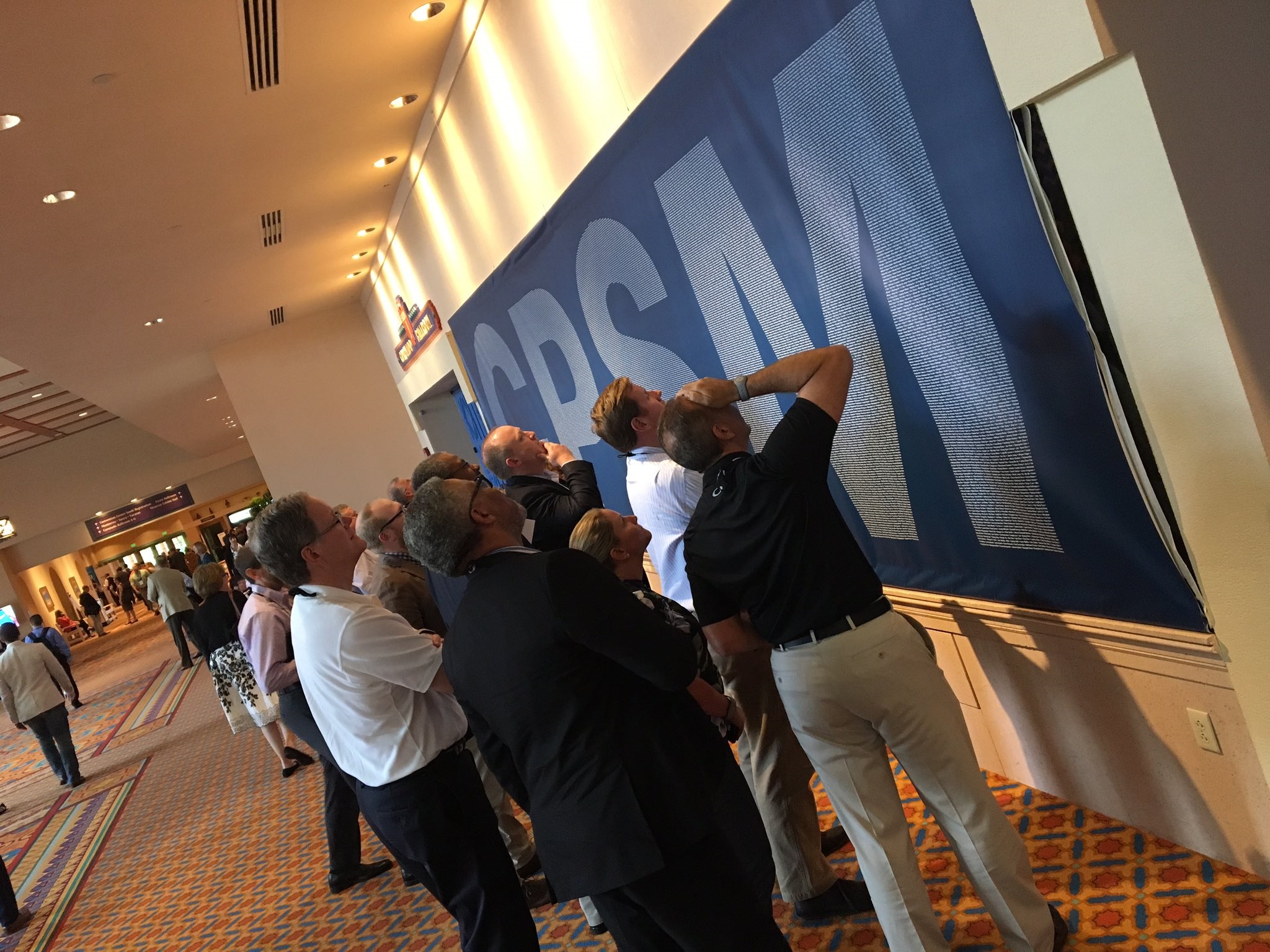 The #ISM2017 hashtag got colorful use on Twitter during the second full day at the Annual Conference at Walt Disney World in Orlando, Florida. Attendees on Tuesday posted their thoughts on a compelling keynote address, saluted the recipient of the supply management profession's highest honor and took advantage of the extracurricular activities offered by the Conference site.

David Cameron, former Prime Minister of the United Kingdom, began his keynote in somber fashion, paying respects to the victims of Monday's bombing in Manchester, England, that left 22 dead and injured dozens of others. "It's great to be with you in Orlando, but you will understand me when I say that my heart is with Manchester," Cameron said. He went on to discuss today's global geopolitical climate and advocated for social responsibility.

David Cameron: "The idea that CSR is an 'add on' is a complete fiction". Well said sir.@David_Cameron #ISM2017

David Cameron: when I learned that I was coming to Disney, I wondered which Donald you were wanting me to talk about." #ISM2017

Listening to @David_Cameron say he's here to "meet the people who ACTUALLY make the world go 'round -we need you" as he addresses #ISM2017 pic.twitter.com/VfgenSPzSK

On Tuesday, the #procurement world was Tom Slaight's; rest of us just Conferencing in it. Your 2017 J. Shipman Medal winner. #ISM2017 @ISM pic.twitter.com/RvGa6WULXK

After the dignitaries, it was time for the breakout sessions.

Advice during the @ism CPO roundtable from @onsemi CPO @JWincel: competitive collaboration and continue learning as a professional. #ISM2017 pic.twitter.com/qxZzW0j8eL

Join us right now in Durango 2 for insight on forming and improving partnerships with SMBs. #ISM2017 pic.twitter.com/Y2AHToRy7H

How insightful was Emerging Professionals: Should I Stay or Should I Go? Definitely have some valuable takeaways from that session! #ISM2017

Whoever thought of the wall mural with names of Certified Professional in Supply Management® (CPSM®) recipients might have come up with the most ingenious new Conference feature.

Wait, your name isn't on the #ISM2017 CPSM mural? Get your name on it next year! Here's how: https://t.co/9djak13lXr pic.twitter.com/XinYucAa5A

Institute for Supply Management® encouraged attendees to combine the Conference with a family vacation, and some have already taken advantage of the opportunity.

As you can see my little #family is really enjoying #ism2017 at #disney #howtoconferencelikeaboss #magickingdom pic.twitter.com/enzLwkcThO

Lastly, we're still, uh, working to confirm the authenticity of this photo. For now, let's just say you never know who you will run into at an ISM Annual Conference.

A great day hanging out with friends at #ISM2017 - thanks @Zycus pic.twitter.com/pyHqUKfyjt