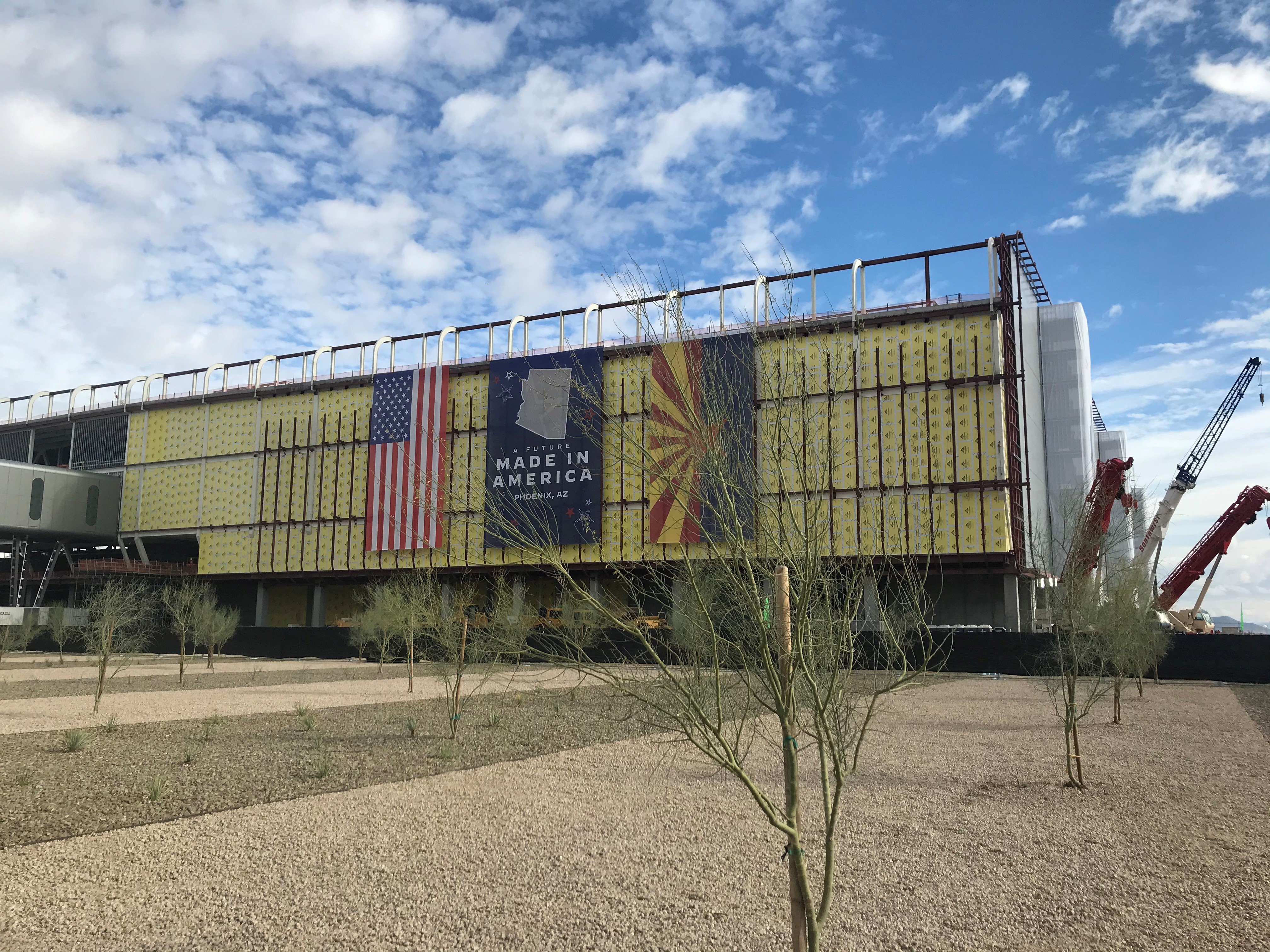 The construction of a US$12 billion semiconductor fabrication plant in Phoenix is one of the signals of the return of manufacturing to the U.S., President Joe Biden said Tuesday.

“American manufacturing is back, folks,” he told a crowd of several hundred gathered for the “tool-in” ceremony — marking installation of the first equipment onto the shop floor — at the plant, an advanced chip facility being built by Taiwan Semiconductor Manufacturing Company (TSMC) on 1,128 acres that formerly was desert.

The new facility — called a fab, short for fabrication plant — is set to make a dent in the ongoing semiconductor shortage that supply management organizations have faced in the last two years. At capacity, it will produce 600,000 chips annually.

“Bringing TSMC’s investment to the United States is a masterstroke and a game-changing development for the (chipmaking) industry,” said Jensen Huange, an event speaker. He is co-founder, CEO and president of Nvidia, the multinational technology company based in Santa Clara, California, and a TSMC customer.

Tim Cook, CEO of Apple, also one of TSMC’s customers, said during the event: “This is an incredibly significant moment. It’s a chance for the United States to usher in a new era in advanced manufacturing. It’s the chance to create high-tech American jobs, the jobs of the future, the jobs that could define our future.”

In August, Biden signed into law the CHIPS and Science Act of 2022 Act (commonly called the CHIPS Act), designed to make the U.S. a powerhouse in manufacturing. The act includes US$52.7 billion for semiconductor research, development, manufacturing and workforce development, with $39 billion allocated for manufacturing incentives. 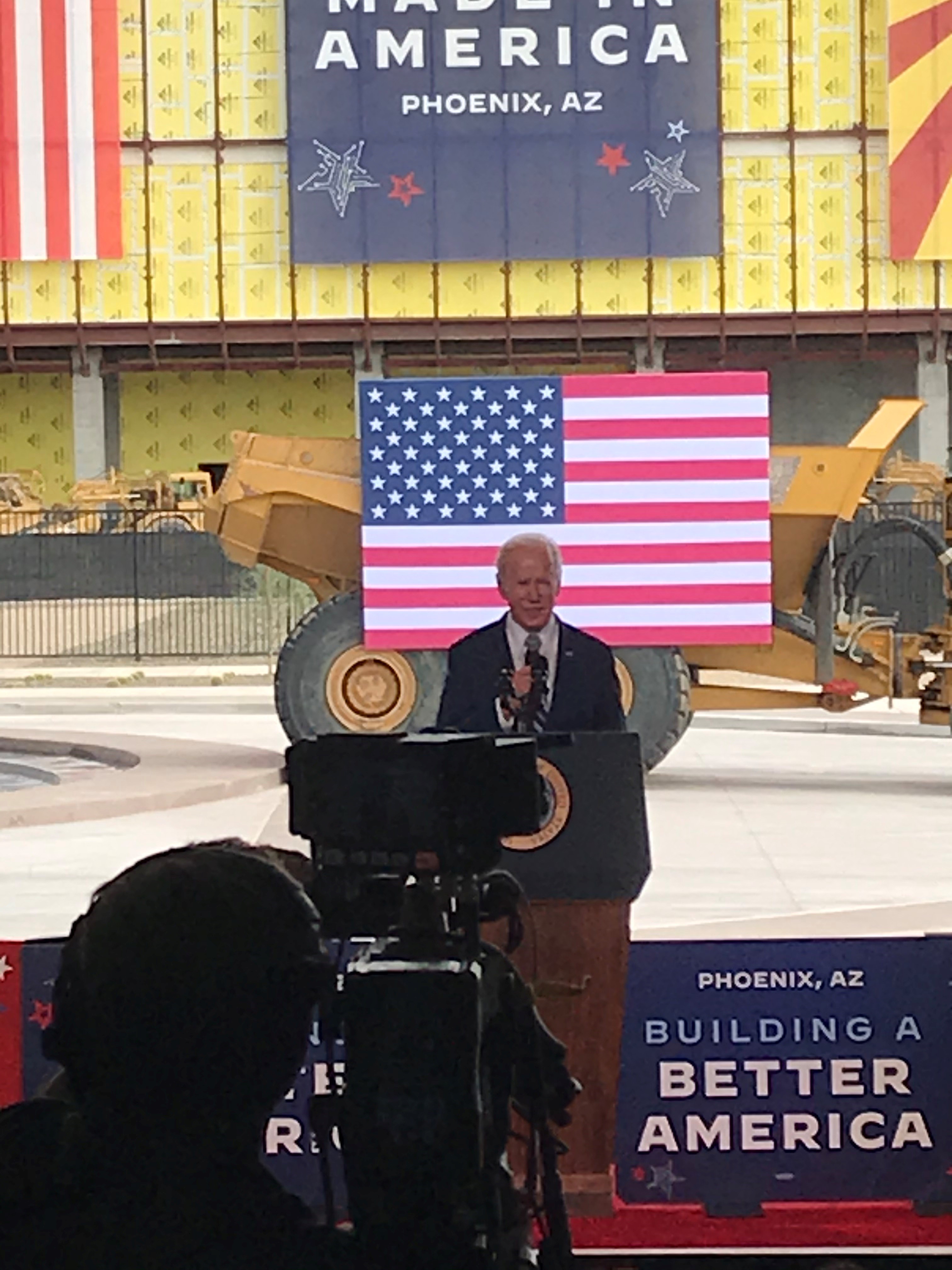 TSMC chairman Mark Liu said the company “is committed to building a strong semiconductor manufacturing ecosystem in America.” The Phoenix fab, which is TSMC’s first U.S. production facility in 25 years, is slated to produce the most advanced semiconductor chips — 4-nanometer chips, used in such products as cell phones, automobiles and electronics — beginning in 2024. During the event, TSMC announced it will build a second fab in Arizona slated to open in 2026, increasing the company's investment at the Phoenix site to $40 billion; it will manufacture 3-nanometer chips that are even more advanced.

Although the first plant was planned before the CHIPS Act was signed, that enhanced the company’s decision, Liu and other TSMC leaders said.

“The most important thing about this event is (it marks) the growth and resurgence of the semiconductor industry in the U.S.,” says Jeffrey P. Wincel, MBA, D.Min., senior vice president and CPO at NXP Semiconductors and a former Institute for Supply Management® (ISM®) board member.

“Today, supply chain risk — whether due to climate change, pandemics or geopolitics, among other concerns — is a reality that all nations and economies must confront,” says Thomas W. Derry, ISM CEO. “One of the best ways to mitigate these risks is through geographic diversification. That’s what we are seeing in Arizona today, and we will see in other locations in the future.”

Wincel notes, “For many decades, globalization has moved manufacturing anywhere in the world and enabled (products) to be freely shipped around the world. With everything happening with geopolitics — whether it’s China or Russia, Ukraine or elsewhere — there are major disruptions in the global supply chain that deglobalization, or regionalization, is really helping address. This is one of those instances.”

As the Phoenix site will produce advanced chips, it will fill a current need and help prepare for future ones, Wincel says. “In some of the industries, like automotive, most of the production is in what we call legacy nodes, which are older, larger nodes,” he said. “Companies like TSMC typically don't invest in new production capability for older nodes because they know that over time, the need for it will disappear. It's really in these advanced nodes that you'll see the new product development.”

Wincel notes that the U.S. was at the epicenter of not only semiconductor design and development, but also production until about the mid-1980s, with the rise of what is called pureplay foundry model. TSMC is the leader of the model; the company provides foundry production services for fab lists and integrated device manufacturers (IDMs), he said.

“So not only is chip production moving back to the U.S., but Phoenix — and Arizona — also has a lot of new development that's being attracted,” he says. “There are other global foundries being built in New York and the Columbus, Ohio area. So, there’s a lot going on.”

A Continual Chase of Demand

Will the chip issue smooth out? “In my opinion,” Wincel says, “I don’t know that we will ever have capacity in front of them. … You're always building capacity for the next generation product after it’s been developed, so you’re chasing the product technology with the capacity. And as you get into advanced nodes and it becomes more cost-effective, higher computing power for smaller devices, it allows the growth of semiconductor content in more and more devices. So not only is it trying to satisfy the current demand, but it’s also trying to satisfy the future demand created by the advancement of the technology.”

Think of the exponential growth in the use of products containing semiconductors, Wincel says: “Look in your own household now compared to five years ago with smart thermostats and internet-connected products, like even blinds and lights and keypads. That’s all semiconductor-driven content that less than five years ago really didn’t exist.

“So, I don’t know that it never gets resolved. I think there’s always going to be a fundamental shortage of supply chasing demand because the demand is going to continue to grow and expand.”