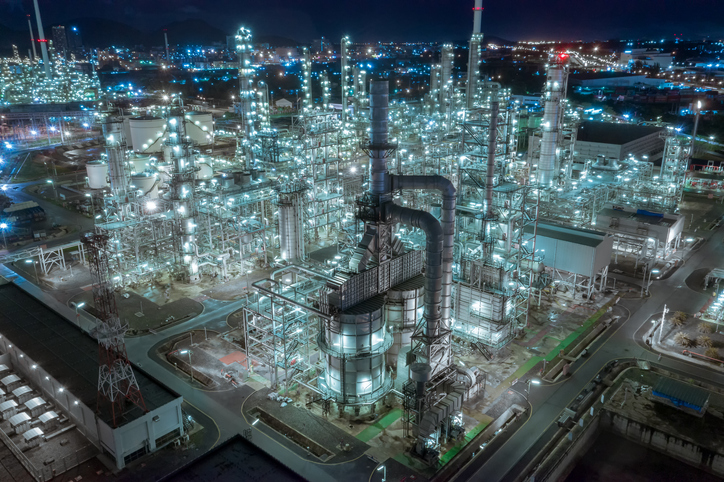 Across all sectors of industry, but chemicals in particular, supply chain strategy evolved from just-in-time to just-in-case in the last three years. In a relatively short time, chemicals procurement progressed from ordering products and feedstock to meet customer demand to stockpiling surplus in case of a large and sudden increase in demand.

That progression typified industry response to several factors impacting value chain integrity in recent years. Among the negative factors: the world’s first pandemic in a century, an unprecedented Suez Canal incident preventing passage for more than 50 cargo ships daily and highlighting logistics vulnerability, and the reduction in output by China — the world’s workshop — due to governmental zero-COVID restrictions. Then followed the sabotage of the Nord Stream pipeline, impacting Europe-bound gas output amid customers’ increasing dismay at Russia’s invasion of Ukraine.

On both the supply and demand side of global chemicals trading, there has been much to contend with since the start of the decade.

The issues had begun to sow seeds of strategy shifts away from China as a supply source. Concepts such as (1) on-shoring and near-shoring — bringing back operations and supplies closer to home, (2) dual and multiple sourcing tactics and (3) regionalised supply chains were raised in boardrooms across the globe.

That new thinking was fast reflected in financial markets, with Chinese shares in Hong Kong and New York losing US$21 trillion in a year. Investment groups grew wary of China’s increased regulation and slowing growth.

Many companies, however, have worked for decades to establish themselves in China and are still expanding, hoping that the present slowdown is temporary. BASF, for example, has invested time and money in building its manufacturing base in China.

Now, given increasing costs of energy in Europe as well as uncertainty about natural gas supply from Russia, BASF is considering expanding its involvement in China. BASF is investing US$10 billion in Zhanjiang in southern China. BASF has no alternative to expanding in China — the world’s largest chemical market — if it wants to remain the world's No.1 chemical company.

But still, a live audience at the 2022 World Economic Forum Annual Meeting — titled “History at a Turning Point: Government Policies and Business Strategies” — in Davos, Switzerland, indicated overwhelmingly that globalization was retreating, not advancing.

Then, energy issues hit. Since then, chemical industry conversations — as in the wider economic arena — are increasingly focusing on natural gas price hikes, the Russia-Ukraine war impacts, the Chinese economy’s sustained downtrend, and how to survive in markets flooded with Asian and Chinese imports. While global buyers and traders perhaps had envisioned trading to become China plus one, circumstance suddenly made the country’s surpluses, available cheaply, irresistible again for many companies.

Among the questions procurement leaders and purchasers are asking: How will the Organization of the Petroleum Exporting Countries’ (OPEC) oil production cuts play out? Will the cuts stabilize oil prices as per the organization’s 13 member states and stakeholders’ mandate? How deep might a global recession penetrate?

Leaders want to hear that plants key to their chemical value chains can continue to run. But already, Italian-headquartered Polynt announced closures; force majeure cover is set for Germany-headquartered Covestro’s chlorine, caustic soda and hydrochloric output; and there are production halts at Polish producer Grupa Azoty’s caprolactam and Nylon 6 plants.

Even before the fourth quarter, the German Chemical Industry Association said more than one in three North Rhine-Westphalia-located producers had cut back production, with 13 percent offshoring operations. Over half of the companies surveyed had reduced planned investments for the coming year, the organization said.

Industry contacts describe a chemical supply buyer’s market existing today — with epoxy resin purchasers claiming discounts of up to 10 percent for October — and discounts available elsewhere in the chemicals value chain. But nuance around what exactly is setting the market becomes immaterial if plants shut — or scale down — as energy costs make operation economically unviable.

Meanwhile, a fall in the cost of shipping from last year’s highs of about $15,000 per container has boosted the attractiveness of Asian imports. This year’s average freight cost for a 40-foot container from China to Europe is $7,402, according to maritime and shipping industry consultancy Drewry.

While still double the five-year average, the reduction could be just enough to render the country’s chemicals cost effective to European buyers. And since port issues triggering gridlock at Hamburg — and problems at other European ports — appear to have eased as October progressed, another significant obstacle to an import strategy has been removed, too.

Not only did Europe’s energy crisis create opportunity for Chinese and Northeast Asian sellers to undercut European domestic suppliers, but the Russia-Ukraine war also disrupted many markets, including polyvinyl chloride (PVC) and unsaturated polyester resin (UPR).

The issue of security of supply has also not gone away. Many buyers are exploring new relationships with U.S. producers for 2023. U.S. supply has its attractions — it is assessed to be more reliable than from Asia, which tends to disappear whenever demand in China picks up, and to be not as expensive as European-produced material. But discussions here, also, have quickly dried up as volume commitments remain ever elusive.

All markets agree there is one known unknown — demand for 2023 remains unclear. Buyers face the following conundrum: Pay almost double for secure domestic supply or increase their exposure to a cheap Asian spot market and risk subjection to violent swings in supply and pricing next year.

Buyers have already been warned that if they turn their backs on their domestic suppliers, they will be heavily penalized if they come back looking for help during a future supply crunch, a real possibility as run rates continue to decrease. Suppliers and buyers may have to come to an agreement that will allow a greater degree of flexibility, but this will be limited as plant production cannot quickly adapt to market peaks and valleys.