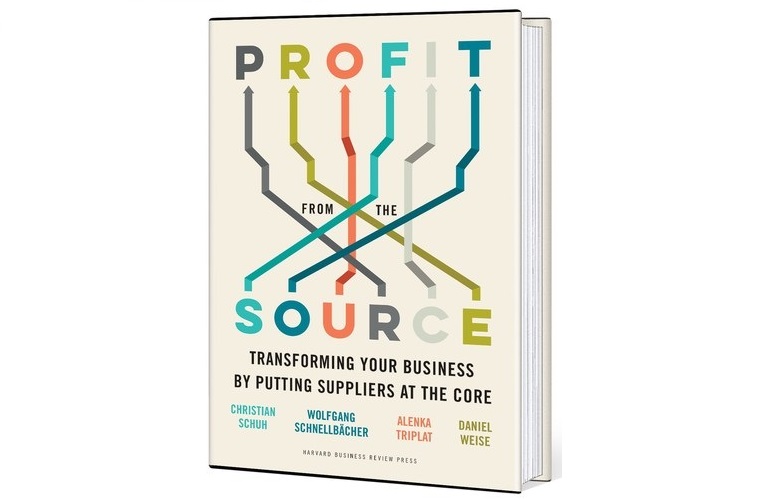 Note: In the first of a three-part series on the lessons from their new book Profit from the Source: Transforming Your Business By Putting Suppliers At The Core, authors Christian Schuh, Wolfgang Schnellbächer, Alenka Triplat and Daniel Weise explain how CEOs can tackle the global supply chain crisis — and get ready for the next one.

You know that an event has entered the popular consciousness when it is granted its own dedicated page on Wikipedia. Once upon a time, supply chain issues were the special interest of procurement managers operating far from the centers of corporate power. Not any more.

In the wake of the global COVID-19 pandemic and the ongoing conflict in Ukraine, consumers have been asking why they have not been able to buy new cars, computers, washing machines and all manner of other products. In recognition of this, Wikipedia has now created a page on the 2021-22 global supply chain crisis.

Almost certainly, this page will need to be revised in the near future, with the end-point of the crisis extended to 2023 or even later. That’s because the end is really not yet in sight. For all the efforts of companies — and, indeed, countries such as the U.S. that have introduced legislation to safeguard the supply of critical technology — the supply of energy, semiconductors and many other essential parts and components continues to stutter.

Many companies will not survive this long crisis. But even those companies that do survive the crisis cannot afford to be complacent because there will be another supply chain crisis that threatens their viability as a business.

So, what should business leaders do now? As we explain in our new book, Profit from the Source: Transforming Your Business By Putting Suppliers At The Core, published by Harvard Business Review Press, they need to transform the way they operate by putting suppliers at the core of their business and empowering their procurement function to extract maximum value from these vendor companies.

To start with, CEOs need to change the way they, as individual leaders, run their business. In particular, they need to make suppliers and procurement their personal leadership imperatives. To do this, we think they should spend as much as 25 percent of their time with their top suppliers (and those with the greatest potential strategic value) and focus on building personal relationships with the CEOs of these supplier companies. If this sounds like a lot, remember: spending on the goods and services provided by suppliers accounts for more than 50 percent of a typical company’s budget.

Next, CEOs need to make three fundamental changes to the way their company functions. One, the top suppliers — the 20-40 who account for half the supplier budget — should be treated not as hirelings who come and go but rather as friends who can contribute to the lasting success of the company.

Two, the procurement function should be given new powers, with the CPO in particular granted a fresh mandate that requires them to shape the corporate strategy and deliver profitable growth (and not simply support the strategy and deliver cost savings). To achieve this, CEOs should let the CPO get centrally involved in the entire product life cycle—from the design phase to post-production.

Three, the procurement function should, as we say, “go bionic.” In other words, it should harness the benefits of advanced technology  such as artificial intelligence (AI) and machine learning, robotic process automation and blockchain technology — and the uniquely human qualities (such as creativity, strategic thinking, and imagination) of its people.

Finally, CEOs need to change the way their company interacts with their ecosystem — their network — of suppliers so that the business benefits from the accumulated knowledge and expertise of these vendors in a way that generates value across as many as six sources of competitive advantage. In the next two articles in this series, we will drill down into two of these sources: cost savings and sustainability. But the other four are equally essential to the future success of a company.

One is innovation. Companies and suppliers should, as we say, “dream big together”. Suppliers can be helpful because they invest in their own R&D and they are a mine of information as well as insight into what competitors are doing. Another source of competitive advantage is quality. Product failures can cause reputational damage. So, companies should set a goal of zero defects that applies to every stage of the product life cycle — from design through production and distribution. To achieve this, they should develop the idea of a “shared destiny” with their suppliers.

A third source of competitive advantage is speed. We live in a quickening world, and if they are to deliver the kind of fast-paced service that customers expect, companies must work closely with their suppliers to reconfigure their procurement process, redesign their supply chain, and reengineer their product-development process.

And a fourth is resilience and risk management. In a sense, these underpin everything that the procurement function does. Even so, there are discrete activities that the CPO can do. Above all, they need to switch from a just-in-time to a “just-in-case” approach to supply chain management. This will require them to work with suppliers to establish an effective sensing and risk-monitoring operation, simplify their product portfolio, de-risk their supply chain, and take back control of the supply of critical raw materials and components.

There is no company in the world that has implemented all of these actions. But it is no coincidence that those companies that have put suppliers at the core of their business and elevated the role of the CPO — Apple, Dell, Tesla, to name just a few — have been among the standout performers during these toughest of times.