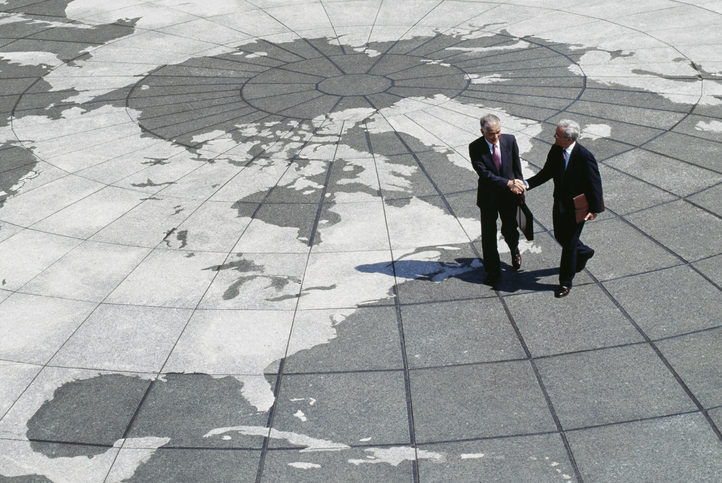 With supply chains stressed like never before, a country’s ability to source and supply critical goods is questionable. Out of this problem, says Dan Dreyfus, EY’s global customs leader, has come “friendshoring.”

But friendshoring is more than a trading block: It’s also being able “to do business and move sourcing and manufacturing to countries where we share many of the same philosophies and views on the world,” Dreyfus says. Such philosophies include environmental, social and governance (ESG) goals and standards as well as efforts to abate poverty.

“Many companies are concerned about where their current overseas operations are and they're trying to find the right place to put them,” he says.

Two Congressional bills pertain to the U.S.’s critical goods and supplies and where manufacturers should be positioned to achieve greater assurances of access and flow during times of need, Dreyfus says. One is HR 5479, the Supply Chain Health And Integrity for the Nation Act or the Supply CHAIN Act, which was introduced in October and established the Supply Chain Resiliency and Crisis Response Office “to monitor and respond to disruptions in critical industries and supply chains,” according to the Congressional Research Service.

“A business need, a social good and a safety mechanism as well as all the disruptions that are happening worldwide are driving this,” Dreyfus says.

Nevertheless — for both the U.S. as well as companies — friendshoring could have potentially unintended consequences, he says. The term could be considered a misnomer, with the interpretation being that whoever we're not doing business with is not a friend, he says. Additionally, the term more or less removes the strategy that goes into the decision-making behind trade and business relationships, he says. It also can result in a narrow slate of “friendly” countries, leaving out countries that provide key sources of supply.

First and foremost, there must be a business reason for making a sourcing change to move operations, Dreyfus says, “and hopefully there is an enabling policy, legislation or free trade agreement that complements that.” One such reason can be proximity to customers: “I think it stands to reason that being closer to your market is going to ultimately be facilitative in many ways,” he says.

But labor shortages and other supply chain issues, many of which were made apparent by the coronavirus pandemic, are other factors that don’t necessarily get ameliorated by putting production closer to home. “If you can't find the labor to load the containers or move the containers, it doesn't matter whether they are sitting in Mexico or in China, you're not going to get them,” he says.

Alternative modes of transportation might ultimately work, but those involve potentially rescaling the workforce as well as dealing with other supply chain challenges, Dreyfus says. “So, it's not just a rip and replace or even a rip and move,” he says. “It really is going to take some thoughtful aspects and strategies to (accomplish).”

Dreyfus offers this example: Consider a multinational company that is looking to move some operations out of China. “That's not an easy decision,” he says. “It took quite a bit of investment to make the move to China. So, the next move — especially for a public company — has to be something that is going to drive shareholder value and give people assurances that the business is being looked after.”

It's also not a simple decision. “There are compelling reasons — outside of the geopolitical landscape — for a company to make those moves, and the supply chain challenges we've had are the primary indicator of that,” he says.

The business motivations behind such a move, he says, can include (1) being closer to customers, (2) needing alternative sources or transportation, (3) securing a product that can’t be sourced elsewhere, (4) escaping a country’s or region’s forced labor practices or (5) finding suppliers whose ESG standards mirror the company’s.

Other considerations with a friendshoring approach, Dreyfus says, are:

The sourcing aspect can be constraining, he adds: “That’s why I think the friendshoring moniker does it a disservice.”

If not friendshoring, how should a new sourcing movement be focused and what should it be called?

“That's a great question,” Dreyfus says. “As we look at strategy overall and how businesses are looking at growth and the future, the consumer-driven perspective is having a huge impact” on supply chains and sourcing, he says. “That will dictate, I think, what’s it’s ultimately called.”