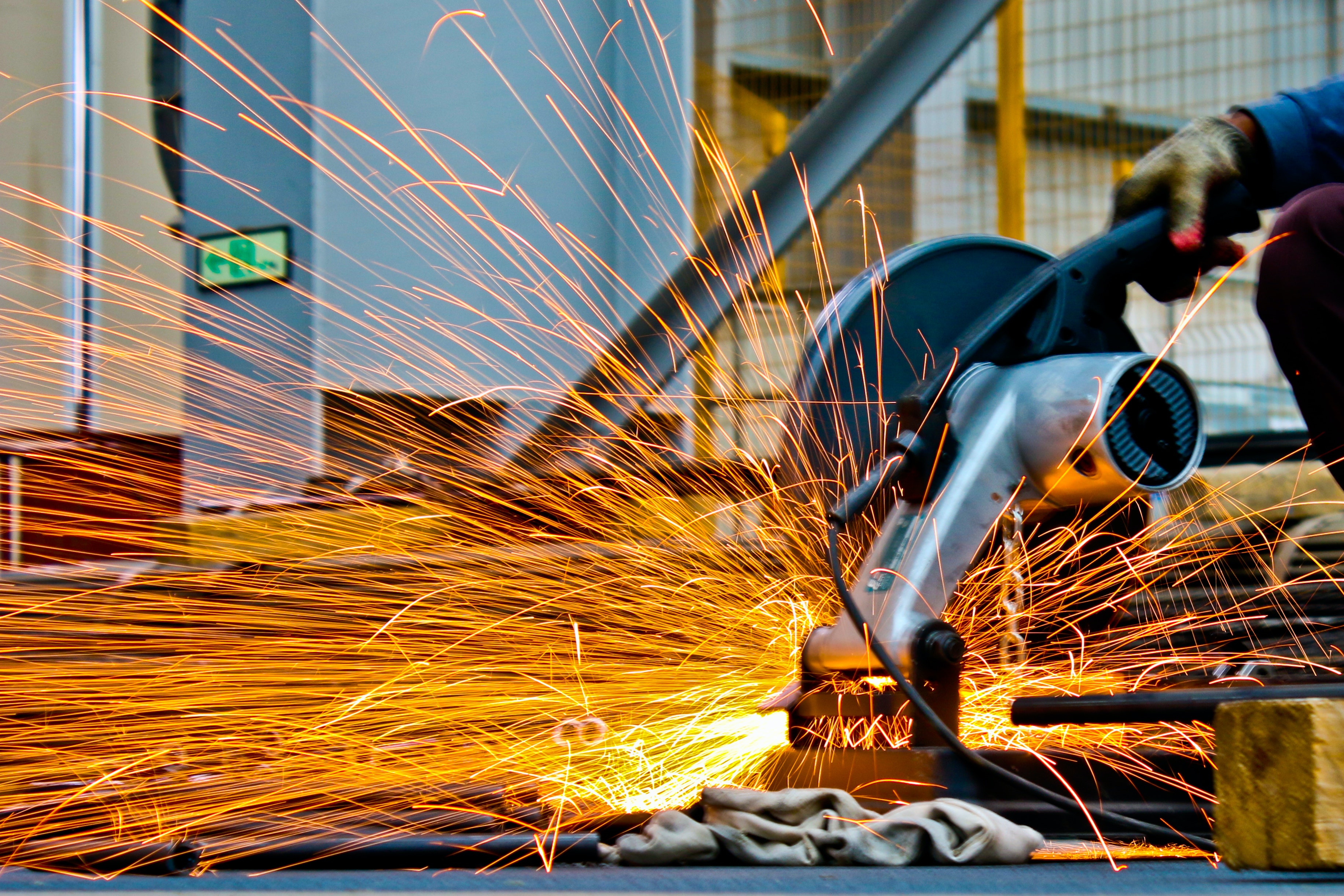 The Manufacturing ISM® Report On Business® in June, as it has in recent months, portrayed the sector on an open highway, fueled by burgeoning consumer demand and with fewer speed limits amid the coronavirus (COVID-19) pandemic’s loosening grip.

However, chained behind this car are multiple heavy trailers — supply and labor shortages and rising commodity prices — preventing this car from shifting into high gear. While the Manufacturing PMI® of 60.6 percent indicated growth in U.S. factory activity for the 13th straight month, much of the discussion on Thursday centered on when the sector will finally be unshackled from the dynamics that are limiting expansion.

The @ism reported that manufacturing activity expanded robustly once again, even with the headline index edging down 61.2 in May to 60.6 in June. It was the sixth time in the past seven months that the headline index exceeded 60, signaling very strong growth. pic.twitter.com/24uparsawy

Timothy R. Fiore, CPSM, C.P.M., Chair of the Institute for Supply Management® Manufacturing Business Survey Committee, told a conference call of reporters on Thursday that current conditions will likely continue until an equilibrium is reached. Demand is on one side, and the other — supply availability, workers to manufacture products, and logistics to transport them — is struggling to keep up.

“Demand should remain constant — pretty strong though the end of the year, probably into the first quarter of 2022,” Fiore said. “Americans have a lot of money saved and they want to spend it. Raw material prices probably won’t start to relax until close to the end of the year. Production capacity is limited if manufacturers are reluctant to pay higher wages. Transportation prices will probably be the first indication that things are starting to level off. It looked in some of the (Survey Committee respondents’) comments that transportation issues were easing … but we’ll need a couple more months (to confirm that).”

He continued, “Right now, price levels at not sustainable. It’s a sellers’ market.”

While inflationary pressures may prove temporary, and to some extent represent prices catching up to pre-COVID trend, it's getting hard to ignore at least the short-term impact of price surges across the economy.

The Prices Index confirmed this at a historic level in June, reaching 92.1 percent, its highest figure since July 1979 (93.1 percent), a time of oil-price shocks caused in big part by revolution in Iran. Name a product, and it costs more — for a second month in a row, the only commodity listed as down in price was acetone — and Fiore said that buyers’ priority is to get their products. That means sellers can dictate prices, and “there’s a lot of pressure on members of the supply chain to pass those increases along (to customers),” Fiore said.

There was a theme among many Business Survey Committee respondents’ comments: Factories are willing and eager to meet demand, but production capacity is limited by the supply and labor shortages. Wrote a survey respondent in Primary Metals: “We continue to be oversold, based on what we are currently capable of producing. Lack of labor is killing us.”

The Supplier Deliveries Index decreased 3.7 percentage points in June, to 75.1 percent. That’s still the index’s fourth-highest reading since April 1979, with the other three (April 2020 and March and May 2021) occurring since the start of the pandemic. Also, June was the third consecutive month that average lead time (between order placement and receipt) for production materials hit its highest figure — 88 days — since ISM began tracking that data in 1987.

“The biggest driver of the dip in the headline ISM was a 3.7-point drop in the supplier deliveries index, suggesting perhaps that the supply chain squeeze might finally be starting to ease ..” ⁦@PantheonMacro⁩ pic.twitter.com/0z5cv26nQL

Fiore said possible relief could be found in the Imports Index, which increased 7 percentage points to 61 percent. In recent months, West Coast ports have showed signs of more efficient handing of high volumes, but a late-summer surge in traffic is likely.

As monthly jobs data has received sharp focus as the U.S. economy recovers from COVID-19, ISM’s Manufacturing Employment Index is no exception. In June, the index fell into contraction territory (49.9 percent) after six months of expansion; survey respondents again indicated that reading was largely a product of unfilled positions amid a lack of candidates.

In many cases, (Survey Committee) panelists’ companies want to expand, but they are still having difficulty attracting new workers,” Fiore said. “On the retention side, there were a lot of comments about turnover, so the Employment Index number below 50 is definitely holding factories back. If employment could grow to proper levels, the production number will increase significantly. … But companies are reluctant to increase wages at this point. So, here we are.”

Associated Press: U.S. Manufacturing Activity Grows, but Slightly Slower in June. “The rollout of vaccines has sharply reduced new COVID-19 cases, giving consumers the confidence to get out and spend money. That pent-up spending has created a massive, almost overnight need for workers, and employers have been struggling to fill jobs and keep up with demand.”

Always love to read the @ism purchasing managers' responses, but this month's comments are invaluable.

🟡Pricing power has increased (for now)

🟡"Manpower a concern": I expect less stress in next months pic.twitter.com/4B0F4ZGM5c

Bloomberg: U.S. Factory Expansion Is Solid; Price Gauge Highest Since 1979. “While a measure of new orders receded, production picked up and allowed manufacturers to make just modest headway on well-elevated order backlogs. At the same time, a gauge of factory employment shrank, adding to evidence that producers continue to have trouble finding skilled workers at a time of robust demand.”

CNBC: ISM Manufacturing Index Comes in at 60.6 Versus 61 Estimate. “On prices paid, zooming. 92.1, a historic number. … (The Employment Index) hadn’t dipped below 50 since November,” analyst Rick Santelli said. “So, this is not a good dynamic in front of the (federal jobs) report, but I certainly understand we have a lot of job openings and people; we just can’t seem to put them together.”

MarketWatch: U.S. Manufacturers Have All They Business They Can Handle, but Major Shortages Are a Big Headache. “Manufacturers have all the orders they can handle. The problem is filling them. The pandemic upended global trading patterns and made it harder to procure vital supplies and materials such as computer chips. These bottlenecks aren’t going to go away right away. Then there’s a lack of skilled labor, a problem that bedeviled manufacturers even before the pandemic. That’s a problem that might be even harder to solve.”

Reuters: U.S. Manufacturing Sector Grows Moderately. “Massive fiscal stimulus boosted demand for long-lasting manufactured goods during the COVID-19 pandemic, with millions of Americans working from home and learning remotely. Factories are struggling to keep up as the pandemic fractured supply chains and disrupted the global shipping industry. … The scarcity of raw materials is driving up costs for both manufacturers and consumers, contributing to an acceleration in inflation in recent months.”

The Wall Street Journal: Manufacturers’ Good Problems. “The problems manufacturers are facing were fully evident in the report. Its index of delivery times showed that wait times for parts and materials continue to lengthen, and ISM said 17 of the 18 manufacturing industries it follows reported slower deliveries. Manufacturers reported a long list of commodities that were in short supply last month, ranging from caustic soda to cold-rolled steel, and an even longer list of commodities that were up in price.”

ISM’s Services PMI® will be unveiled on Tuesday, and the Hospital PMI™ on July 8. For the most up-to-date content on the reports under the ISM® Report On Business® umbrella, use #ISMPMI on Twitter.