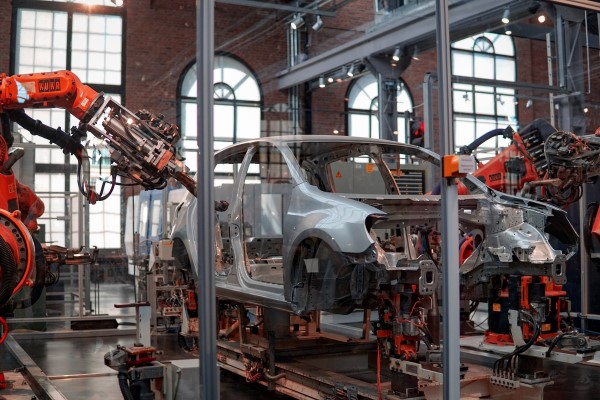 The composite index reading of 56 percent, the highest reading since November 2018, suggested the manufacturing sector is climbing out of its coronavirus crater, with high demand providing much of the rope. The New Orders Index reading of 67.6 percent — the highest since January 2004 — was the most eye-catching subindex figure, but three other indexes (Customers’ Inventories, Backlog of Orders and New Export Orders) Fiore uses to gauge demand were also encouraging.

“I was surprised at the strength of the New Orders and New Export Orders Index numbers,” Fiore told reporters on a conference call. “All four indexes I look at were all in good territory. The Backlog (of Orders Index) grew again by almost three (percentage) points, and the Customers' Inventories Index was the lowest in a decade. When customer inventories have to fill up, production has to (increase). August was the purest month so far in the recovery period. July was somewhat pure because the sector had started to open back up in late May, but August was very clear.”

The composite number exceeded analysts’ expectations, and the Manufacturing PMI® data helped influence a rise in treasury yields on Tuesday. Fiore said the results were especially promising because August is typically a weaker manufacturing month — and September is a stronger one. “I don't see why this (trend) wouldn't continue,” he said. “Maybe not at this level of strength, but I said that last month, too.”

However, the spoils are not being enjoyed by all manufacturing industries; commercial aerospace and oil and gas are particularly hurting, Fiore said. Boeing, hit by lower demand as air travel continues to plunge, recently announced layoffs of 16,000 employees, with another round of job cuts on the way. Many Business Survey Committee respondents indicated their companies are holding off on capital investments until at least the end of the year.

“Panelists say the automotive industry is doing well; it’s back to pre-coronavirus levels, which is something for the industry and the supply base,” Fiore said. “Commercial trucking is recovering. … The transportation area is always an early indicator of economic activity, even in advance of the manufacturing economy, (and that) appears to be the case in August. Although transportation equipment is expanding slightly, a big piece (aerospace) of that industry sector has been wounded and will be for two to three years.”

The Employment Index contracted for the 13th straight month, though at a slower rate in August. Fiore said that many factories’ capacities remain low due to social distancing, and many potentially vulnerable employees have yet to return to work. However, many facilities are raising production output despite smaller staffs. “If you can produce a significant amount of output with fewer people, that's good from a business profitability standpoint,” Fiore said. “The employment picture is going to be murky for a while.”

Side note on ISM, even though demand for goods is up... employment is still contracting due to “do more with less.”

Associated Press: Survey: U.S. Factories Grow in August for Third Straight Month. “The survey measures the change in manufacturing activity, not the level of that activity. So even though factories are growing again, they have not regained the ground they lost in the spring, ‘Overall, the recovery in manufacturing has been swift, but levels of activity remain below the levels before the shutdowns,’ Contingent Macro Advisors said in a research report.”

Bloomberg: Manufacturing in U.S. Expands at Fastest Pace Since Late 2018. “Improved factory activity, along with strength in housing and auto sales, suggest the fledgling recovery is beginning to broaden. The gradual reopening of businesses and steady improvement in consumer demand that left inventories depleted are boosting manufacturing, helping support the economic rebound amid elevated unemployment and layoffs across industries.”

Raw material prices (up from 53.2 to 59.5) also reflect stronger economic activity, with input rising following springtime deflationary pressures. At the same time, 64.3% of respondents said that prices did not change in August relative to July.

Business Insider: U.S. Manufacturing Grows at Fastest Rate in Nearly Two Years, “Backing Up Hopes for V-Shaped Rebound. “Much of the industry's rebound has been fueled by an uptick in auto sales and continued strength in the housing market. Still, some experts fear that the manufacturing bounce-back will slow as firms settle into a weakened level of operations. Lasting pandemic-sourced headwinds will keep the recovery ‘to only a modest pace going forward,’ Oren Klachkin, U.S. economist at Oxford Economics, said in a note.”

CNBC: ISM Manufacturing Index 56.0, Best Read Since November 2018. “August ISM manufacturing read of 56.0 definitely much better than the 54.8 (projected), and 56.0 is the best read going back to November 2018. Very big number,” analyst Rick Santelli said. “The New Orders (Index) moved from 61.5 to 67.6, and the Prices (Index) from 53.2 to 59.5. Listen, we need to monitor prices paid —how disinflation, inflation, higher prices, lower prices, supply and demand shocks … how those things are going to resound. Nobody really has a good idea.”

Dow Jones Newswires: U.S. Manufacturing Sector Further Expands in August — ISM. “(O)f the 18 manufacturing industries, 15 reported growth in August and three reported contractions in activity. August's Manufacturing PMI® also signaled that the U.S. overall economic activity is rebuilding, as a reading above 42.8 … generally indicates an expansion of the overall economy. This is the fourth consecutive month in which the PMI® indicates such expansion.”

ING Think: U.S. Manufacturing in Solid Shape. “(The data) suggests that manufacturing is finding its feet after output plunged in the wake of COVID-19 lockdowns, but we must remember is that it is an index of the relative share of firms experiencing expansion/contraction. … We don't know if orders have risen 0.1 percent or 1,000 percent, just that more companies are reporting rising orders. Nonetheless, the historical relationship in the chart below offers clear hope that the sector is moving in the right direction.”

MarketWatch: U.S. Manufacturers Grow For the Fourth Month in a Row, ISM Finds, But They Aren’t Bringing All Their Workers Back. “Manufacturers are outperforming other key segments of the economy and helping to lead a recovery. That’s the good news. The bad news? They don’t feel confident enough to bring back more workers or to justify new investments. … The cautionary approach is likely to act as a brake on the recovery and prevent the economy from speeding up much before the end of the year.”

#ISMPMI survey respondent in Food, Beverage & Tobacco Products: “(Production ramp-up) has been a struggle. We have started and stopped lines numerous times at all 18 of our manufacturing plants due to #COVID19 issues.” https://t.co/AVX1th9Is1 #economy @ISM

Reuters: U.S. Manufacturing Activity at 19-Month High in August. “Factory employment was already in decline before the coronavirus crisis because of the Trump administration’s trade war with China. Its struggle to rebound even as orders received by factories are rising fits in with economists’ views that the labor market was losing steam after being boosted by the reopening of businesses in May.”

The Wall Street Journal: U.S. and Global Factory Output Picks Up, but Jobs Picture is Mixed. “(F)irms continued to cut employment, reflecting a wariness about future prospects and health concerns that have prompted employers to try to put more space between each worker on production lines. … Mr. Fiore said he expected employment to pick up as output grows but there were signs of concern, particularly in industries such as airplane manufacturing that had been hard hit by the pandemic.”

ISM’s Services PMI™ (formerly the Non-Manufacturing NMI®) will be unveiled on Thursday, and the Hospital PMI™, which debuted in August, is released for the second time on September 8. For the most up-to-date content on the reports under the ISM® Report On Business® umbrella, use #ISMPMI on Twitter.