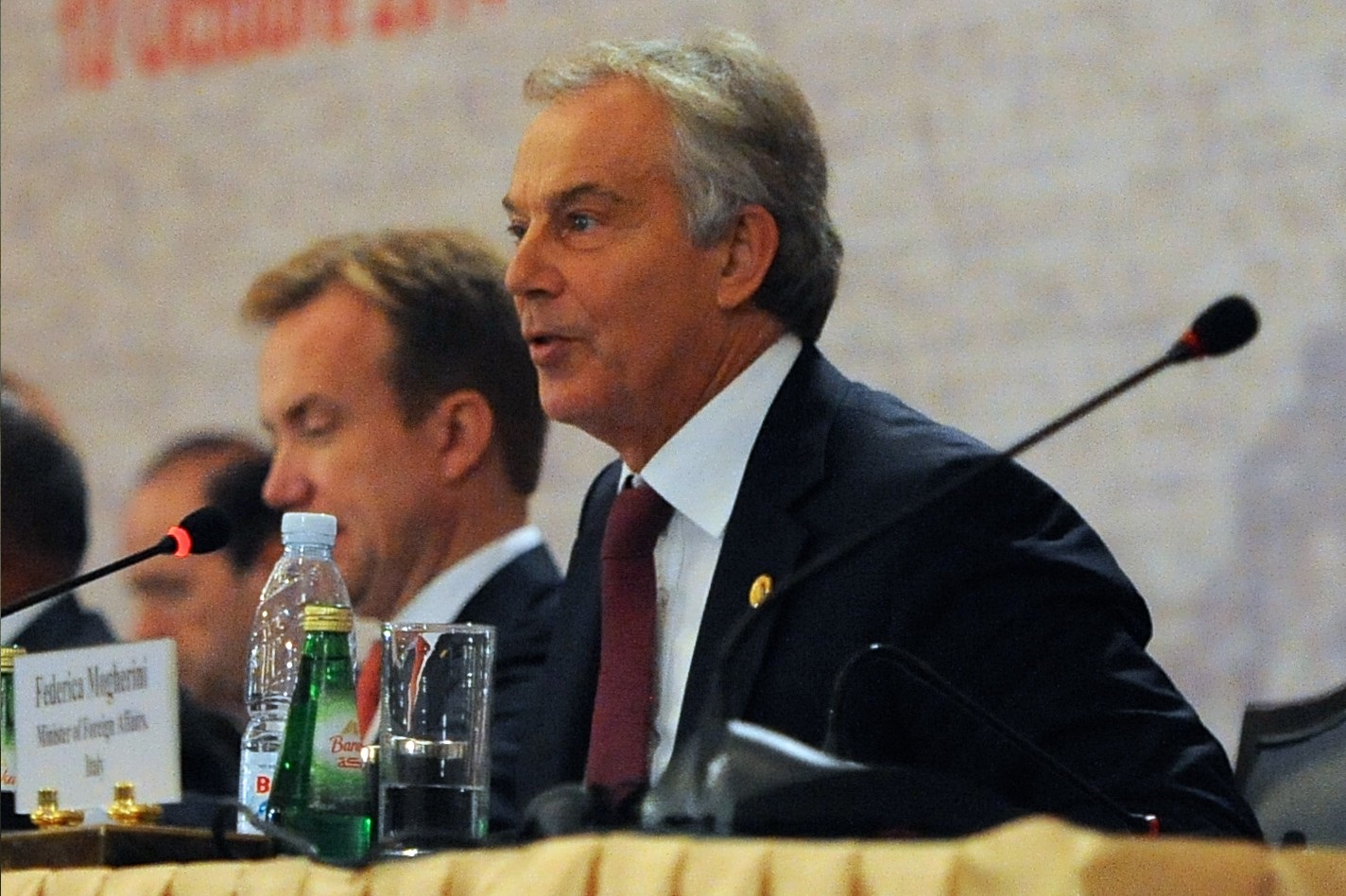 Speaking during a virtual discussion hosted last week by Reuters news agency, Blair said, “We need a strategic response, not just series of ad-hoc (reactive) activities or power.” The U.S. and Great Britain, among other countries, must be prepared to confront China in areas that are “contrary to the interest and values of the West and international community,” he said. “You have to be able to compete with China, because there is going to be competition, no doubt technologically and economically, but also geopolitically.”

However, cooperation is needed as well, Blair said: “The essential thing in my view is to be in a position where the West has built a strong enough set of alliances that we’re able to handle China, whatever direction China develops.”

The Tony Blair Institute’s June report, China’s Role in the World, found that a majority of people in the U.S., Britain and France and many in Germany view China as a “force for bad,” an opinion that has worsened during the pandemic. China has assumed a new assertiveness and aggressiveness that can lead people to develop a more hostile attitude about the country, Blair said. But, he added, it’s important to also realize that relationships with China are necessary, not the least for “trying to sort things like global pandemics, climate change (and) reflating the world’s economy,” Blair said. The report’s purpose, he said, is to show that regardless of attitudes people have toward China, a situation of hostility isn’t sensible.

“China is now a risen power,” Blair said. The report delves into how China has grown its exports, strengthened its economic ties to Africa, and seeks to be a leader in advanced and emerging technologies, among other measures. Through the report, “you can see the enormous position China has in global supply chains, the size of its economy and, recently, the size of its military,” Blair said.

Among the four nations — the U.S., U.K., France and Germany — there is a lot of uncertainty about cooperation with China; however, support for greater cooperation on scientific research and to a lesser degree, on economic policy around the pandemic, exists, the report found. It also states that U.S.-China relations have deteriorated in the past decade, and rebuilding will be difficult.

“The two most likely scenarios for U.S.-China relations are a ‘light Cold War’ or ‘great power rivalry’ that falls just short of this,” the report states. Under a light-Cold War scenario, there would be a continuation and intensification of status quo and a geopolitical contest in Asia and worldwide, whereas in a power rivalry, there would still be cooperation in some areas, it states.

Blair said he supports a sustained engagement with China that comes from a position of strength. It will be important for the U.S. will be to build alliances, particularly with European nations, he said, adding that he thinks it’s possible for the U.S. to emerge, even from a light Cold War, with a better strategic relationship with China. “But it needs working on as a strategy — not as a series of reactions — with allies,” he says.