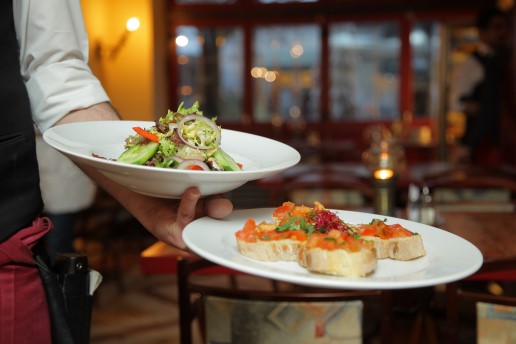 The June Non-Manufacturing ISM® Report On Business® dropped 1.8 points to its lowest level in almost two years, cooled by slowing employment, business activity and new orders. Registering 55.1, the Index, released Wednesday, indicated that growth in the services sector is still growing, albeit at a slower rate. (A reading above 50 indicates growth.)

“It’s still a rate of growth, month to month. We’re still in the growth mode for the Non-Manufacturing sector, and not far off from where we had the uptick last month,” said Anthony Nieves, CPSM, C.P.M., A.P.P., CFPM, Chair of the Institute for Supply Management® Non-Manufacturing Business Survey Committee, in a conference call with reporters. “So if you look back to the 12-month running NMI® Indexes, you’ll see that we’re at 55.1 now, 56.9 last month, but 55.5 in April. So we’re still in that same area of rate of growth overall.”

Highlights of the report:

●Employment was down 3.1 percentage points to 55.

●Inventory Sentiment, at 58.5, the same as the prior month, was cited as too high. One survey respondent, who works in wholesale trade, remarked: “The continued restructuring of ocean-carrier routing is still causing havoc in the supply chain. We are experiencing minimal impact due to an increase in inventory levels.”

Additionally, the Prices Index rose 3.5 percent points, which Nieves said could be attributed to rising fuel and fuel-related costs as well as increases in some food commodity areas, including pork products like bacon.

It’s still too early to tell if the increase in the Price Index is inflation-related, he said. “We’ve had slight inflation in prior months but there really hasn’t been any true pricing power out there,” he said. “Some of our respondents have mentioned that suppliers are also leveraging things such as the trade tariffs as the potential for raising prices in anticipation of increases that have not even materialized yet.”

One survey respondent, who works in management of companies and support services, commented: “The suppliers we do business with are ‘claiming tariffs’ to justify price increases. While some of these issues could be credible, it’s our opinion that this issue provides cover to increase margins, as few will detail the line-item impact.” Another, in the professional, scientific and technical services sector, said, “Waiting to see what new tariffs on Mexican steel will do to the market,” while another, in health care and social assistance, remarked, “Closely watching the Trump tariffs on China, which could significantly impact medical supplies.”

A Bloomberg article noted that the Non-Manufacturing report is “likely to reinforce expectations that the Federal Reserve will cut interest rates at its next meeting later this month, though the central bank will be placing greater emphasis on the jobs report.” The jobs report will be released Friday.

Nieves cautioned against reading too much into the June Index. “It’s too premature. It’s only one month. It doesn’t make a trend,” he said, during a conference call with reporters. “It’s also the summer. We tend to historically see a bit of slowing in the summer months as vacations and holidays kick in.”

He noted that seeing how the July, August and September Indexes pan out will offer a better determination of how the services sector is faring. “I look at August still being on the cusp of the summer,” he said. “September is typically where we start building up again as we get to the last quarter of the year. September is more the pivotal month for me.”