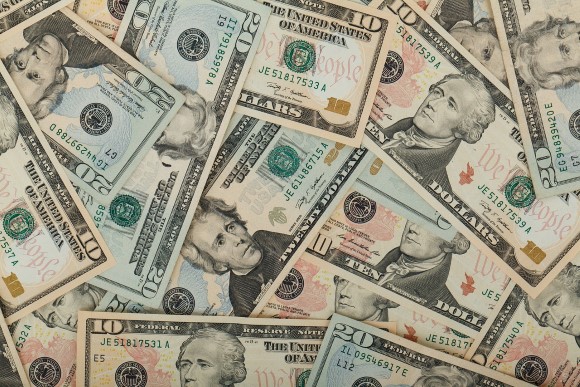 Institute for Supply Management®’s (ISM®) annual Salary Survey is designed to do more than pique practitioners’ interests on how their compensation compares to peers — it’s valuable benchmarking data for the entire profession. ISM regularly receives Salary Survey data inquiries from executives and human-resources departments for use during the job-filling process.

“As a result, continued, healthy participation from (supply management) professionals is in the best interest of the profession,” Paul Lee, Director, ISM Research & Analytics, said during a webinar detailing the survey results.

In that regard, the 2019 Salary Survey, the 14th edition, was a success — ISM received 3,432 usable responses, the second-highest total ever. The data collected reveled multiple trends that ISM Research & Analytics will further explore in the coming months, Lee said.

The continuing gender gap in compensation requires further examination, Lee said. The 2019 Salary Survey found that the average salary for women in the supply management profession increased 5.5 percent last year, while that of men decreased 1 percent. However, although the disparity between men and women shrunk, it remains substantial, at a 21 percent higher average salary for men (US$126,659 to $104,261). Women earned less than men across all organizational position segments and experience levels, with one exception: A 4-percent gap favoring women ($240,959 to $231,425) at the senior-vice president or executive-VP levels.

Pay equality in the supply management profession is one of ISM’s core beliefs and missions. “On a professional-association basis, we are engaged with leadership in supply management organizations,” Lee said. “We’re trying to understand where the gap comes from. I think (the gender-pay situation) it's something that has improved, and we think it will improve over time. We are working to understand and help correct the situation on a company-by-company basis.”

Women have made up 30 to 40 percent of Salary Survey respondents in recent years, Lee said. “It seems as if that's not what we’re finding on the ground,” he added, “but it's been a pretty consistent (figure). So, we have more men in the (profession) than women.”

In other Salary Survey data matters:

●Lee said that VPs made up 10 to 15 percent and CPOs less than 5 percent of the usable responses. As a result, the average salary figure was not likely to have been inflated by an abundance of high-level compensation. “Although top-level positions can pull the average up, the composition in data set is not out of line with actual population,” Lee said. “When we break it down by position, there was no bias between emerging practitioners and CPOs.”

●ISM has expanded its job-title reporting beyond the nine groupings it had in past years, enabling respondents to enter a prefix, a function and a suffix. (“Strategic Sourcing 2,” for example.) However, it’s unlikely that the Salary Survey will feature detailed data by job title because, like many other professions, supply management has a wide array of levels and positions, and sample sizes would likely be too small to draw definitive conclusions.

●Since respondents are asked to provide their work-location ZIP code, Lee said, it’s possible that future editions of the Salary Survey could include breakdowns of data between metropolitan and suburban areas.

Highlights from the 2019 Salary Survey were featured in the June/July issue of Inside Supply Management®. The full report and the on-demand webinar are available for free to ISM members; the report is $299 for nonmembers. For more information, email Lee or David Migliore, ISM Program Manager, Research.