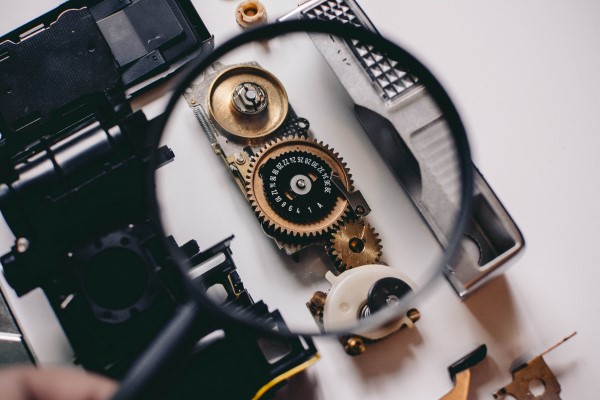 Welcome to the November edition of The Monthly Metric, as analytics-minded supply management professionals are still bouncing back from the tryptophan and sweets crash over Thanksgiving weekend (and we hope that yours was happy indeed). As a result, the dive is not too deep this month, focusing on a core supplier-quality metric.

In fact, what is most interesting about defect rate is how far the bar has been risen over the years, as technology has improved mass-production specifications accuracy and a growing continuous-improvement culture, driven in part by Six Sigma principles. Mark A. Crowder, C.P.M., a specialist master at Deloitte Consulting, says that in his more than 30 years in procurement, the percentage defect rate benchmarks have evolved, for all intents and purposes, into as close to perfect as possible.

“When I started in the 1980s, there were a number of industries where the target would be around 95 percent,” says Crowder, who is based in Chattanooga, Tennessee. “That would leave 5 percent of parts that would have to be reworked or dispositioned in some way. But when you look at it in terms of parts per million (PPM), that’s 50,000, which many companies today consider unacceptable. Many are striving to get under 1,000 PPM, which is 99.9 percent.”

Suppliers that fall short of the defect-rate target become more than an annoyance for customers. There can be production delays as time and money is spent on replacement parts, and a company must weigh subjecting a supplier to penalties or corrective action before awarding it new business.

In Six Sigma’s percentage defect rate benchmarks, Level 3 defect rate is 66,807 PPM, Level 4 is 6,210, Level 5 is 233, and Level 6 is 3.4. Industries that have been primary drivers of near-perfect quality, Crowder says, are automotive and medical-device manufacturing, where defects are not only a quality issue, but a potential life-or-death one. A 1996 Quality Digest article stated that a General Motors valve lifter plant in Grand Rapids, Michigan, managed 18 months of defect-free shipments to a major customer. The plant’s defect rate at the end of 1994 was 2 PPM, a 91-percent reduction over a two-year period.

“Even taking into account the waning of the quality mania of the 1980s, the pursuit of quality remains a serious business at the best plants. Once-acceptable product defect levels seem ridiculously high by today's standards,” Quality Digest stated. “In fact, modern quality goals require new standards of measure. Six Sigma quality, which translates into a defect rate of 3.4 parts per million and was originally established by Motorola Inc. as an internal stretch goal, is the de facto standard at many of the best plants.”

Remember, this was 1996. Technology has raised the defect-rate stakes, and as it has evolved, many manufacturers have reset their benchmarks. In 2009, Industry Week reported on an automotive-plastics production plant that set a defect-rate goal of 40 PPM in its first year — and obliterated it, with a 16-PPM performance. As injection-molding technology enabled more precision, the plant set new objectives, and soon had a single-digit PPM defect rate.

This doesn’t necessary mean that manufacturers’ focus on quality was lacking, Crowder says. He believes that, over the years, more of that emphasis has come earlier in the process. “I don’t think we had that mentality years ago about putting so much effort upfront,” he says. “Everyone was doing the best job they could, and if you had (defect parts), you would do your best to find a rework for them. Now, the manufacturing process is about upfront quality, so that extra rework isn’t necessary.”

When Quality is Subpar

Thanks to technological advances and the evolution of quality emphasis, about the only time companies worry about percentage defect rate is when a supplier fails to meet expectations. One of the first question a company must ask: What constitutes a defect? If it’s something that isn’t 100 percent up to specifications but presents no operational — or, more important, a safety — hazard, Crowder says, it might not be a battle worth fighting. He says that as a buyer, he has approved, with the consent of quality control, parts not up to specifications.

“Especially if the supplier has been very good over time, and it’s the one telling me that there is a batch that we’d like to send to you, but there’s a concern,” Crowder says. “If there’s no threat of a hazard and we can use the parts on time, that’s a win-win.” In such an instance, he adds, whether the parts would be classified as defective depends on the company. But the fact that parts were not up to specifications would be noted, and if it starts happening consistently, the supplier has a problem.

If it gets to that point, Crowder says, “it’s no longer about let’s all do the best we can and hope it works out.” Corrective actions are necessary, sometimes immediately — as a buyer, Crowder has also had to inform a supplier that replacement parts are needed within two days to adhere to a production schedule, even if that means working through the night to get parts on a plane the next day.

To address a consistent subpar defect rate, Crowder would advise a company to invest quality engineers and other resources to help a supplier find the root cause, then develop solutions to improve production quality. A company should also examine its specifications — is it asking for something that could be accomplished with a less-complex design?

“If there are continued concerns about a supplier’s qualifications or capabilities, it could get to a point where that supplier has to be excluded from a bid for future work,” Crowder says. “So, (defect rate) can get pretty serious. But you would hope that the supplier has a good track record and can be worked with to get it right.”

Procurement analytics is the focus of a one-hour web seminar from Institute for Supply Management® (ISM®) on December 5. “Transparency & Visibility: Strategies to Improve Performance in Your Supply Chain Using Financial Health Analytics” begins at 11 a.m. ET and examines financial-health metrics that provides supply managers transparency and visibility into suppliers’ strengths and weaknesses.

The seminar is free to ISM members. For more information, click here.