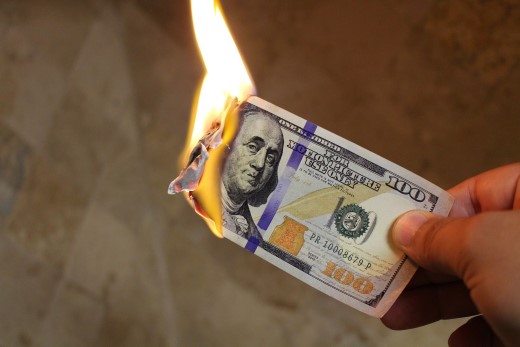 If there’s a theme with The Monthly Metric this year, it’s savings, as most of the analytics examined have dealt with how procurement impacts the bottom line. The blog has discussed how practitioners can find more cost savings and generate value for their companies, and this month’s metric involves doing so by diving into the sometimes-deep waters of tail spend.

Rogue spend — also called maverick or unmanaged spend — is defined as the “process of an employee buying a needed product or service without complying with the organization’s normal or prescribed process; off-contract buying” by Institute for Supply Management®’s ISM® Glossary of Key Supply Management Terms. It occurs most often in indirect spend and lower-visibility tail spend, with a voluminous number of small transactions in a variety of categories, including maintenance, repair and operations; office supplies; and professional services.

The most common definition of tail spend is the 20 percent of an organization’s spend that is spread across 80 percent of its suppliers. Since it does not involve the highest-priority purchases made with 80 percent of company spend, it is typically not strategically sourced, or purchased outside contracts and/or procurement procedures. Finding rogue spend requires an exhaustive examination of financial reports and data, says Tracey Smith, CPSM, president and founder of Numerical Insights (numericalinsights.com), a Charlotte, North Carolina-based business consulting and analytics firm. However, savings are likely waiting to be discovered.

“It’s not something that leaps out of your data easily,” Smith says. “It takes a lot of work. It might take you several weeks to delve through the data and find, but it is also an opportunity. If you need to look for cost savings and you've taken all the low-hanging fruit and renegotiated all your contracts, rogue spend is an area where you can get into your tail spend and try to find cost savings.”

According to a 2016 research report by The Hackett Group, a Miami-based business consultancy, 29 percent of indirect spend is off-contract. High levels of rogue spend, according to the Hackett Group, can be a sign of such bad company practices as poor spend visibility and procurement policy violations. Out-of-control rogue spend as a symptom of a larger problem can be especially worrisome for a public-sector organization: In 2016, Applegate PRO, a Barnstaple, England-based software company, used open-records requests to pore through financial reports and determine rogue spend of municipal governments in the United Kingdom.

It’s not unheard of for rogue-spend levels to reach as high as 80 percent of total spend in some organizations — or even higher in some cases (as evidenced by the Applegate PRO research). Among tail spend, Smith says that 5 percent is an ideal rogue-spend figure for an organization. “Understand that number means percent of rogue spend that (can be) found,” she says. “There's always going to be some that you can't find because there is usually a large number of very tiny transactions. Also, you're looking for those instances of rogue spend that are substantial enough that when you act on it, it makes a real difference.”

The Hackett Group’s 2016 report indicated 10 percent of rogue tail spend is typical for a “non-mature procurement organization;” 5 percent for a “world-class organization.” Even though tail spend makes up no more than one-fifth of a company’s total spend, eliminating 5 percent of rogue spend from that amount can result in cost savings that earn a supply manager high praise from the C-suite and finance department.

“(Looking for rogue spend) is not something you're going to do once a month because it does take a reasonable amount of work,” Smith says. “So, you could do it every six months. What you’re looking to trace is spend that has been charged to a certain cost center, instead of a contract that was in place. So, when you start to mine that data, you have to try and identify which of those transactions look like they are associated with spend categories that you have negotiated contracts on.”

Smith cites a Fortune 500 company that suffered from concurrent instances of savings-eating rogue spend. The company had a contract with a supplier to provide coffee to each of its eight locations. However, the contract wasn't common knowledge between locations, so some of the administrative staff, at some executives' requests, “went rogue” and purchased coffee off-contract. And that coffee was more expensive.

At the same time, the company had a contracted cellphone provider. However, more than 500 employees used personal cellphones and expensed the monthly bills — with the approval of their bosses. The contract called for cellphones with added features, at monthly bills cheaper than most of the employees' personal plans.

Smith says educating pertinent executives, administrative staff and managers on the coffee and cellphone contracts eliminated most of the rogue spend. Expense-report “scans” for rogue spend were subsequently performed — annually for coffee, quarterly for cellphones. She couldn't disclose the amount saved, but Smith says a typical annual coffee budget for a large company is seven figures.

Not surprisingly, Smith says, rogue spend is a bigger problem in large companies with multiple locations, employee turnover and a lack of across-the-board awareness on contracts. “Usually, it’s not an intentional thing that employees do,” she says. “It's not like procurement comes along and does a presentation to all the employees and says, ‘Oh, by the way, we have contracts in place, and this is the kind of coffee you have to order.’ Many times, employees are not aware there is a contract and that they should have placed an order under that. So, (the problem) is more in the communication from the procurement department and an ongoing change of employees that naturally happens in any company.”

Smith says an ideal plan to reduce rogue spend is to (1) analyze company spend and identify actionable patterns of rogue spend, (2) raise awareness of contracts and spend policies and (3) streamline the procurement process where necessary.

“If you're only looking at the last month of data, you may not find enough in there to see patterns of rogue spend,” Smith says. “If you have a grouping of transactions that is six months long, it's easier to find the larger-dollar value items that should have been on a contract. … Then, you have to, as a procurement representative, communicate what (rogue) actions are actually costing the company and why the employees should strive for a higher percentage of spend done the proper way.”

The next Analytics for Supply Management 1: Fundamental Concepts & Techniques (formerly Business Analytics for Procurement) workshop from ISM Seminars is October 23-24 in Boston. Jim Fleming, CPSM, CPSD, ISM Program Manager, Certification — a regular contributor to The Monthly Metric — is the instructor.