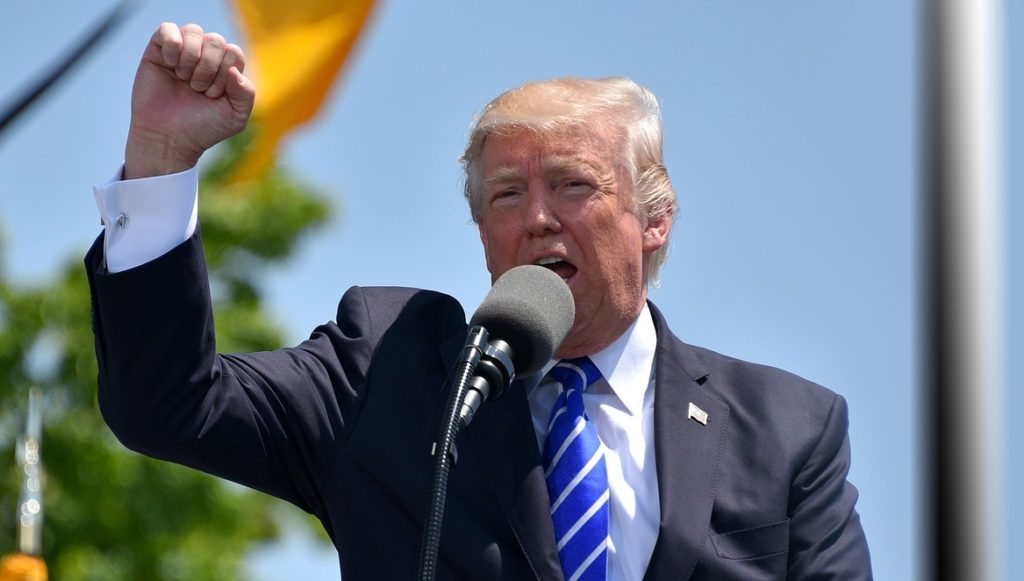 Since signing tax reform into law in December, President Donald Trump has trumpeted his expectations of a positive impact on businesses, and some economists made modest upward revisions on U.S. GDP growth projections for this year.

But what will be the impact of tax reform in the procurement and purchasing trenches? Institute for Supply Management® (ISM®) surveyed members of its Manufacturing and Non-Manufacturing Report On Business® Survey Committees, and the results were released on Monday. While the results generally reflect positive expectations, there’s not a definite consensus on tax reform’s impact, and there might not be one until the bottom-line figures come in.

Among supply executives with an opinion, those expecting positive results outnumbered those anticipating negative outcomes. Some forecasts are detailed, like this response from a manufacturing survey respondent: “We believe money will be reinvested in businesses, and individuals will consume more products and services, increasing our revenue and net income. The (supply-and-demand) curves are already changing, which will drive commodity price increases. The increase in demand of products will increase pricing for products. Finding talent will be a significant challenge going forward. Our company is already looking at our salary competitiveness and recruiting activities to maintain talent to support the business.”

In each question asked about how tax reform will affect organizational, strategic and tactical considerations, however, significant percentages of respondents expect no change. In addition, at least 34 percent of respondents to every question indicate that they don’t know.

Manufacturing executives project an increase in revenue (35 percent of respondents) and net income (40 percent), with 1 percent in both categories expecting a decrease. Nineteen percent anticipate no change in revenue, and 13 percent expect no change in net income.

Among non-manufacturing respondents, 25 percent anticipate a revenue increase, and 34 percent expect tax reform to have no impact. Regarding net income, 33 percent expect an increase, and 29 percent forecast no change. “We anticipate our net margin/profit to increase slightly due to the reform, but not significantly due to the extreme price competitiveness in our industry,” a non-manufacturing survey respondent says.

Regarding such strategic considerations as business expansion and research and development (R&D), among those with an opinion, a plurality in most categories anticipate no change: 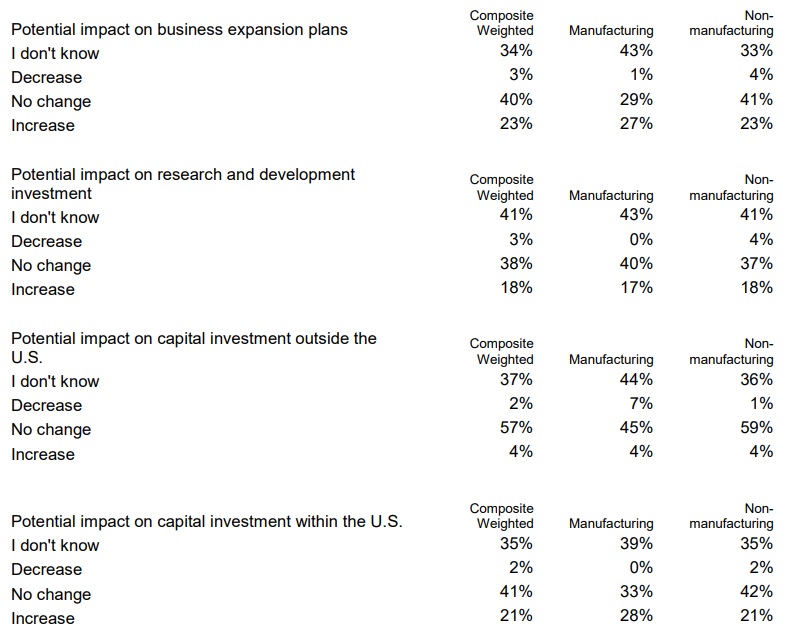 Says a non-manufacturing survey respondent, “It will go back into the business in terms of paying off debt and maybe some mergers and acquisitions (M&A). Possible increased training. It will not affect pay, except for possibly a few executives.”

Some respondents indicate that even 2018 figures will provide insufficient evidence to weigh the impact of tax reform: "Overall, it shouldn't make us more competitive in the short term but does give us a long-term advantage for investments, which should lead to a more competitive company," a manufacturing survey respondent says.

The political and economic debates on tax reform’s efficacy will likely continue for some time, and in often-muddied waters. For the supply management profession, the dynamic is similar: Expectations are positive (though not crystal clear), and the results are to be determined.