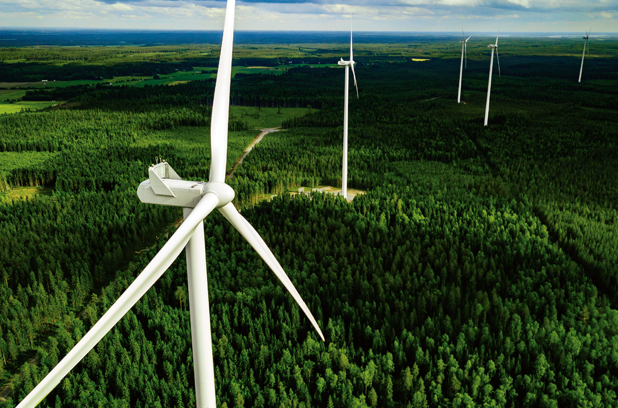 Can You Contribute to Our Sustainability-Themed Issue?

A year ago, this space debuted in Inside Supply Management®, promising to cover “an issue of growing importance to business — sustainability and social responsibility — that has proven to be smart business for companies that give it more than lip service.” And, as the economic outlook feature on page 32 of this issue makes clear, discussing business and markets without discussing sustainability is no longer an option.

These pages have documented a continuing, unstoppable evolution in the supply management profession, not only regarding climate, but other elements of ISM’s Principles of Sustainability and Social Responsibility like diversity and inclusion, human rights and global citizenship. Supply chain executives and practitioners have served as guest authors, sharing their concerns and companies’ success stories.

In the March/April edition of Inside Supply Management®, this content will be super-sized: a sustainability- and social responsibility-
themed issue. Feature articles will examine
the impact of climate change on supply chains, the evolution of companies’ corporate social responsibility (CSR) and ethics strategies and framework, and how procurement organizations are implementing sustainability practices into their operations. (The issue will also preview the ISM2021 Annual Conference, which will be virtual and sure to include sessions and other content on sustainability and CSR.)

While we have topics in mind, we’d like to hear from readers: What sustainability and social responsibility issues are having the biggest impact on your organization and/or the profession? How are these principles being implemented in daily operations and strategy? Does your company have a sustainability or CSR success story to share? Feel free to contact us at editor@ismworld.org by January 31.

In an S&P Global Market Intelligence report on the conference, Moody’s Analytics managing director Jim Hempstead said the regulated utility sector is “benefiting from the ESG wave that is taking place right now. And there is no sector that we can find that can move the dial on greenhouse-gas emissions more than (and) as quickly as utilities.”

With a focus on cleaner energy, Richmond, Virginia-based Dominion Energy in July announced the sale of its natural gas transmission and storage business to Berkshire Hathaway Energy. For PNM Resources of Albuquerque, New Mexico, an US$8.3-billion merger with Avangrid of Orange, Connecticut, announced in October, is designed in part to acquire the capital to exit coal and pursue a carbon-free energy strategy.

The conference highlighted other transactions and mergers designed to strengthen companies’ ESG positions. “Absolutely, the ESG train is not a buggy that is going to break down. It’s going to continue going,” Jan Childress, director of investor relations at New York-based Consolidated Edison, said during an EEI conference panel discussion.

When KPMG, the Amstelveen, Netherlands-based global professional services network and one of the Big Four accounting firms, began surveying companies’ sustainability reporting in 1993, those doing it were few and far between — the rate was just 12 percent.

The nearly three decades since have brought new rules and regulations, shifting consumer attitudes and increasing recognition of environmental, social and governmental (ESG) issues on organizational performance. The degree of that sustainability evolution was reflected in The Time Has Come: The KPMG Survey of Sustainability Reporting 2020, which found a global company-participation rate of 80 percent.

“(A)ttitudes towards the financial risks of climate change in the financial and corporate sectors have changed beyond recognition,” Adrian King, partner at KPMG in Australia and co-chair of the firm’s ESG & sustainability services practice, wrote in the report. “I predict that climate change is only the first of a series of sustainability or ESG issues which will come to be perceived as financial risks or, indeed, opportunities.”

In other highlights from the survey of 5,200 companies in 52 countries:

Average compounded annual rate of decline in levelized cost for utility-scale solar energy from 2015-20, to US$31 a megawatt hour (MWH) when accounting for U.S. government subsidies, according to the Levelized Cost of Energy Analysis by Lazard, a financial-services company headquartered in Bermuda.

While the cost of onshore wind generation is cheaper (at $26 an MWH, down 2 percent from 2019), the solar price has declined at a faster rate.

“(A)s the cost of renewable energy continues to decline, technologies (for example, onshore wind and utility-scale solar) that became cost-competitive with conventional generation several years ago on a new-build basis, continue to maintain competitiveness with the marginal cost of selected conventional-generation technologies,” stated a Lazard press release.