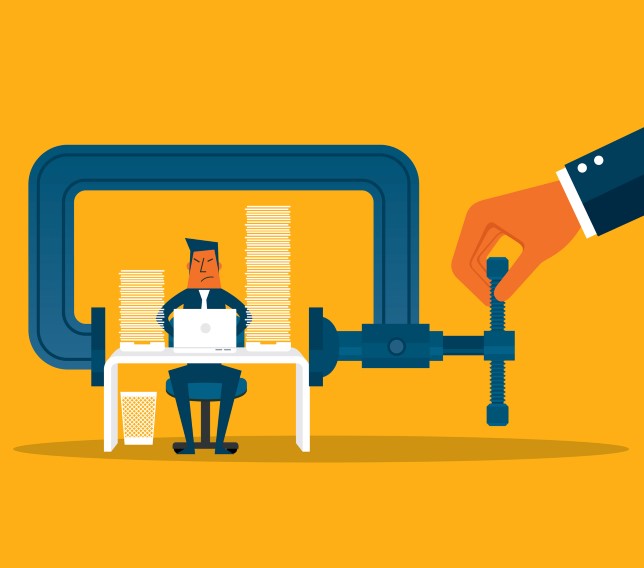 The coronavirus pandemic has heightened the focus on supply chain fragility — and managing risks that include supply shortages and lengthening lead times. But rather than concentrating solely on upstream disruption, it’s imperative that manufacturers mitigate risk across the entire supply chain, says Brian Gerritsen, manufacturing practice lead at Travelers, the New York-based insurance company.

“A break or stress in any part of that chain, whether upstream, what we call in-plant — the operations side — or downstream, can result in unbudgeted extra expenses or loss of income,” he says.

In early 2021, Travelers conducted a market research survey of the manufacturing sector, which suggested that midsize and large U.S. manufacturers have been taking a fresh look at their supply constraints and are considering new best practices to manage those risks, Gerritsen says. “COVID-19 has created an inflection point within manufacturing to think differently,” he says.

Visibility into suppliers. “Part of that pressure testing is thinking critically about your suppliers’ track record with you and in their industries, their financial resources, their industry certifications and business continuity plans,” Gerritsen says.

It also means taking a critical look at the suppliers’ supply chain challenges. “For example, if I’m importing a raw material from outside the country, I should understand the potential upstream challenges my supplier might have. Where is that supplier mining or sourcing their material, and what potential pressure points are there? Asking these types of questions is important,” he says. Other factors, like weather, location and economic and political challenges, also need to be evaluated for potential supply chain impacts, he says.

Single-supplier dependencies. “There certainly is an economic argument to be made if you have a good single supplier and have been doing business with the company for a while, have a good cadence with them and trust their quality,” Gerritsen says. But there are equally compelling reasons, such as supply assurance, to consider alternatives to single-supplier dependencies, he says.

As part of a business continuity plan, manufacturers should have a trusted network of backup suppliers in case an event beyond their control occurs, he says. Having the same rigor around vetting those potential alternative suppliers is crucial, he says.

Reducing the use of single-country suppliers is another consideration. “Our survey findings emphasized the concept of manufacturing moving closer to the U.S.,” Gerritsen says. “What we see is that many large U.S. manufacturers are reevaluating onshoring or nearshoring the supplier network and reduce some of their dependency on overseas suppliers or co-manufacturers.

“The closer you are to your suppliers, the less likely you’re going to have an event that is unexpected,” he says. Proximity to suppliers also makes it easier to implement a just-in-time manufacturing model, which offers efficiencies in terms of inventory control and cost management, he says.

In-plant areas — employees and equipment. “It’s in the manufacturer’s direct control to manage these critical parts of the supply chain,” Gerritsen says, noting that often, talent and equipment aren’t considered critical parts. However, employees with certain skill sets can’t easily be replaced. “These often are individuals who have worked their way up; they know the equipment and the processes, and how to get things done efficiently and safely,” he says. “Especially now, with a tight labor market, replacing those individuals can be a real challenge.”

Equally important is the equipment. Many manufacturers have specialized or customized equipment that is difficult to replace or could take months or years to build.

Additionally, evaluate your customer base, which may have been impacted by the pandemic, and consider diversification opportunities or at least a contingency plan. He cites a luxury-linen manufacturer whose primary customer is the hotel and resort industry: Demand changed last year, when few people traveled. Perhaps a new market could be health care.

Pressure Tests in the Future

Travelers is optimistic about the growth in U.S. manufacturing, Gerritsen says: “It’s good to see a rebound in manufacturing from the dip in early- to mid-2020.

It’s a continual process, Gerritsen says. Changes in operations — such as opening a new plant in the U.S. — mean continually pressure testing aspects of the supply chain, he says. “The initial pressure testing of the entire supply chain is important, but the ongoing is as well,” he says. “Thus, risk-management strategies have to be part of the culture and supported at the highest level.”