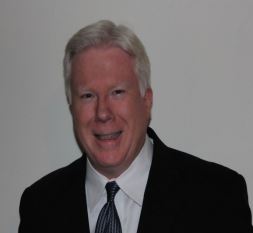 Harvey Collins is a civil engineer and attorney with almost 40 years of combined experience in the electric utility industry (30 years, all with TVA) and construction industry (10 years). In October 2015 Harvey joined TVA’s Supply Chain organization and since June 2021 has led the recently combined contracts and inventory management teams that support TVA’s Transmission organization.Prior to joining TVA’s Supply Chain organization, Harvey was a General Manager in the Generation Projects & Fleet Services organization where he most recently led the engineering and project controls teams in TVA’s multi-billion-dollar Clean Air Program. Throughout his TVA career Harvey has also been asked to join contract negotiation teams when very large or especially complex new contracts were needed by a TVA organization, especially if significant engineering, construction, or first-of-a kind aspects were involved.Before joining TVA in February 1992, Harvey directed the contracting and procurement activities of Blount Constructors in Montgomery, Alabama, which at that time was one of the nation’s largest construction firms. Harvey served as Blount’s Project Manager in 1988-89 for completion of the 61-story AT&T Corporate Center in downtown Chicago, then one of America’s 10 tallest buildings. In 1990-91 he was Blount’s Project Manager for construction of the U.S. Navy’s massive new E-6A Aviation Facility at Tinker Air Force, Oklahoma, which was the new home for the Navy’s nuclear command and control aircraft. During the mid-1980’s, while directing Blount’s contracting and procurement activities, Harvey served as Blount’s commercial liaison for the permitting, financing, and construction of five Solar Electric Generating System (SEGS) power plants in California’s Mohave Desert

Utilities discuss the challenges of having the dollars to invest combined with the hurdles to execute. In this session real case studies are shared on what is and isn't working. Highly interactive session with attendees to share best practices for successfully executing capital projects.